Dokken & hIPNOSTIC at the Coach House

Dokken & hIPNOSTIC at the Coach House

Since launching this site a few years ago, we’ve seen over 25 shows at the Coach House in San Juan Capistrano.  Not surprisingly, it is one of our favorite venues.  The setting is intimate, and if you buy tickets early enough, you can sit right up next to the stage inches from your favorite band.

We had a blast sitting front row for Dokken last year.  When we heard they were coming back we rushed to the box office to make sure we were just as close this time around.  For those not familiar with the Coach House, you don’t know exactly where you’ll be sitting until you get to the venue.  If you buy your tickets early and make dinner reservations, you’re pretty much guaranteed a spot up close.  As we were eager for this one, we had the first reservation number.  Arriving the day of the concert, we were seated at the center table right up front.  We couldn’t have been any closer unless we were up on stage performing with the bands.

After a quick dinner, we anxiously waited for the opening band, hIPNOSTIC, to take the stage.  We first caught wind of hIPNOSTIC when they played with Sebastian Bach back in 2016, and we’ve been fans ever since.  They are a great group of local guys that play some original HEAVY rock and roll.

For those of you who have never seen a hIPNOSTIC set, you need to.  They put on a great show.  Not only is their music hard and heavy, but they also have fantastic stage presence, working the audience and getting everyone energized.  I’ve seen enough concerts to understand that this is no easy task, especially for a band playing original music and not just pandering to the crowd with a string of “you know this one” covers.

As hIPNOSTIC came on stage, the first thing we noticed was Gio Fuentes, a recent addition to the band behind the drum kit.  New drummers always make me nervous, especially when they are called upon to provide the beat for songs with unique time signatures.  All concerns were quickly set aside as soon as the band ripped through their opening song, Polarized.  The sound was tight, and it seemed like Gio had been playing with Blake (guitar / lead vocals) and Rob (bass / background vocals) for years.  They continued to rock through a blistering set, which included some of their signature segues – one of which had the entire band joined in for a drum solo.  Blake asked the crowd if they wanted “more cowbell” as Rob banged away on a circular saw blade!

The highlight of their set was the debut of their new song BrainWash.  BrainWash has an old fashioned heavy sound, with a great bass line that allowed Rob to really shine.  You can tell that he and Blake have been playing together for a long time, as they play off each other and harmonize well on all of their tracks.  To wrap up their show, Blake ventured off the stage and interacted with the crowd as the band played tribute to some of their favorite artists – getting everyone fired up for Dokken.

The crowd now properly rockin’, we waited for about 15 minutes as the stage was cleared.  With Mick Brown’s recent retirement, Dokken also has a new drummer.  BJ Zampa has again been behind the drum kit for Dokken since earlier this year, having toured with them in 2008.  Previous Dokken shows have always featured great banter between Mick and Don – and I wondered if the show would be as entertaining with Mick gone.

I shouldn’t have been concerned, because as soon as the band took the stage and laid into Don’t Close Your Eyes I quickly remembered how ROCKING this band is live.  Jon Levine (guitar) and Chris McCarvill (bass) have been touring with Don for years now, and DJ is ferocious on drums, bringing an even greater energy to the band.

Don Dokken on vocals is a rock star through and through.  On stage, he moved from one side to the other, all the while smiling and having a great time.  The crowd loved him and his voice sounded great, as did that of Chris on backing vocals.  As they rocked their way through a set list filled with hits, Don would often stop between songs to talk to the crowd or tell a story or two.  I always appreciate a band that takes the time to interact with the crowd, it makes the show seem that much more intimate.  At the end of the show, Don asked his usual question “do you want to hear a ballad, or something heavy?”.  Of course, HEAVY always wins – and the band cranked out Tooth and Nail.

After the show, we ran into Blake and Rob from hIPNOSTIC.  Blake was out front thanking everyone for coming and really interacting with the fans — total rock star move.  There was a line of people who wanted to talk to him, so you know they’re doing something right.  Unfortunately, we had an early start the next day, so we couldn’t stick around for long.  Bad move on our part, as Blake wanted to take us back to see if Don was still around.  The next day, Blake texted me a photo of him and Don hanging out backstage.  Damnit.  Well, maybe next time!

You can catch hIPNOSTIC playing with RATT at the the Canyon Montclair on 11/02.  Discount tickets are available on their website. 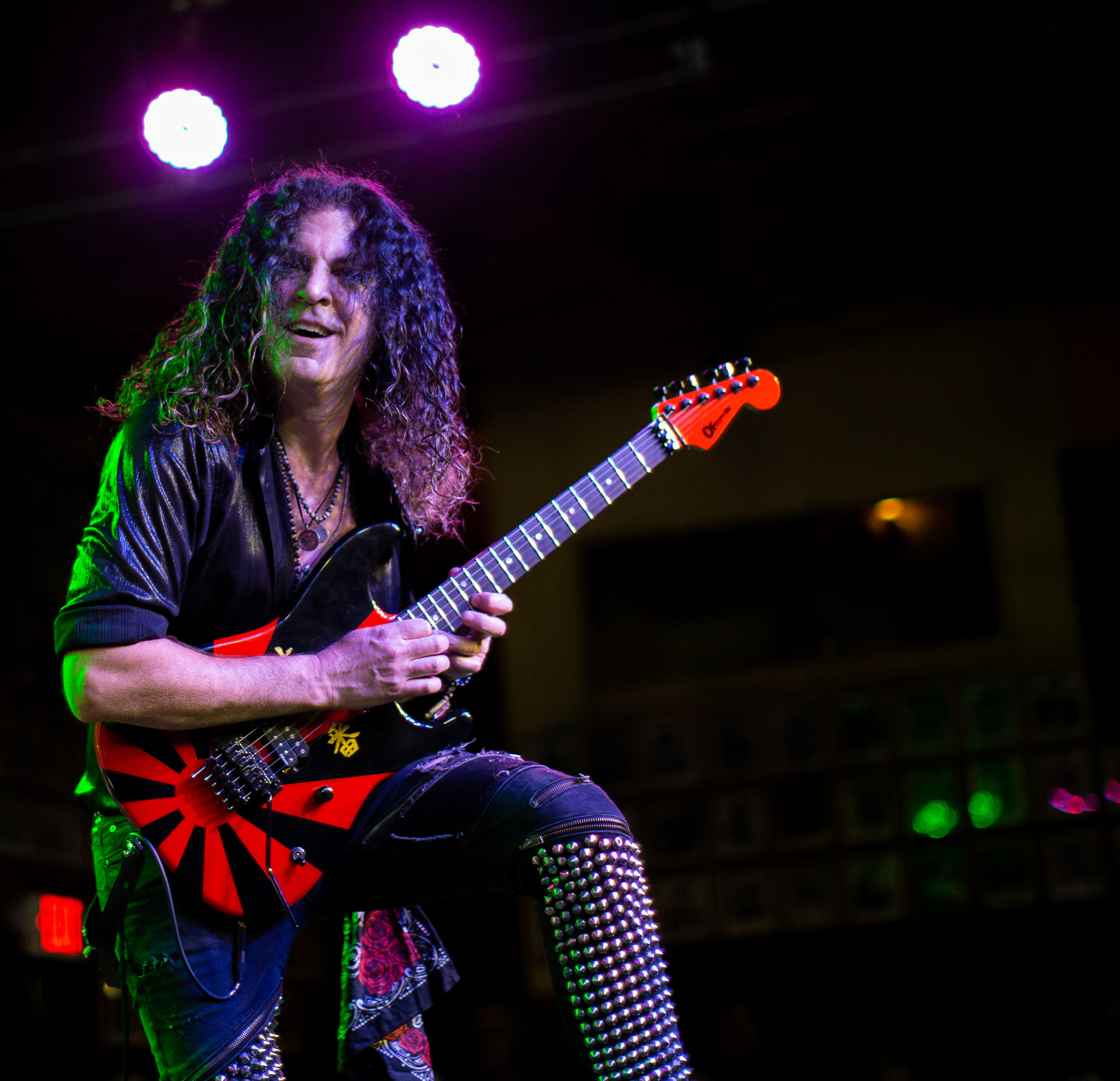 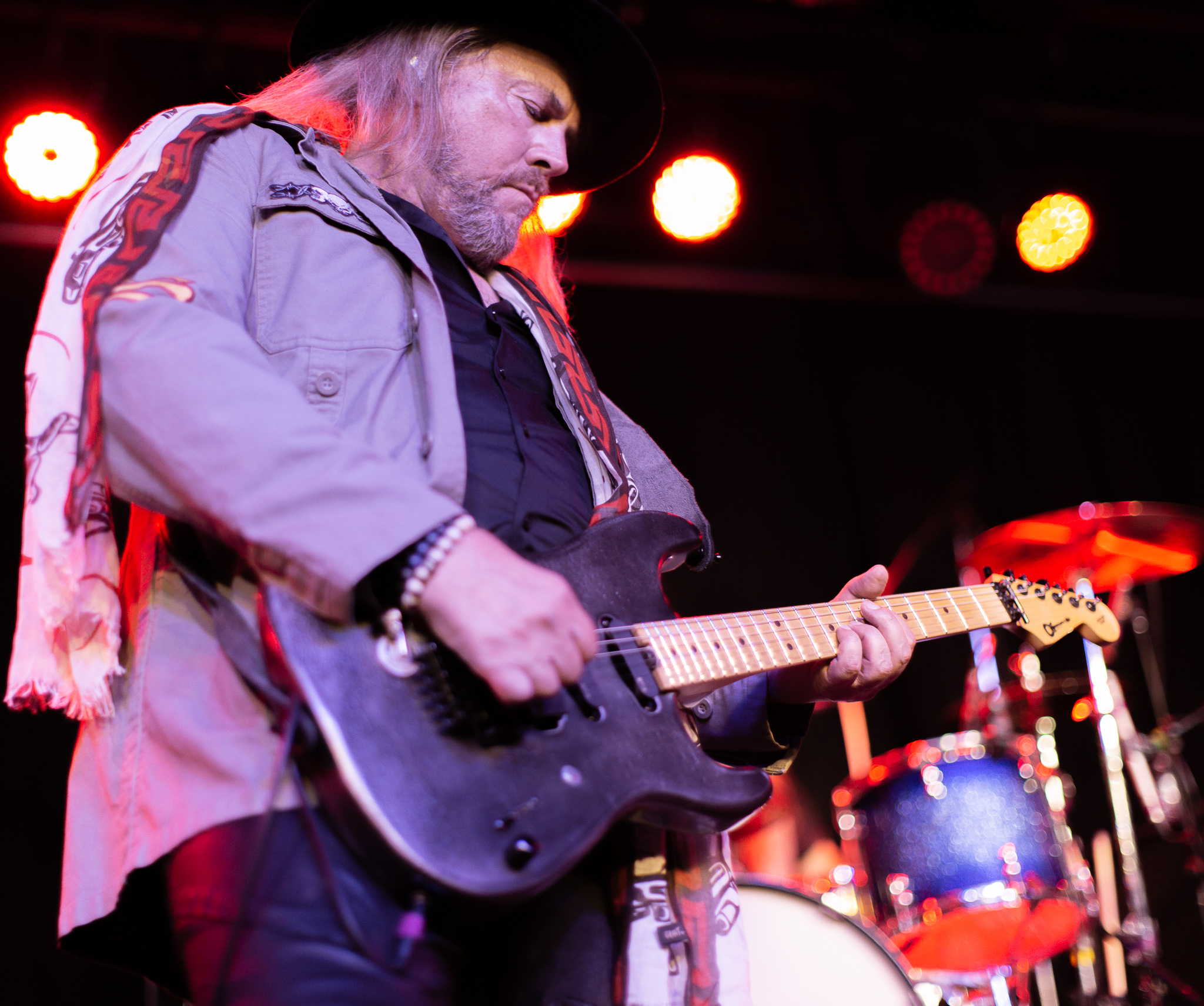 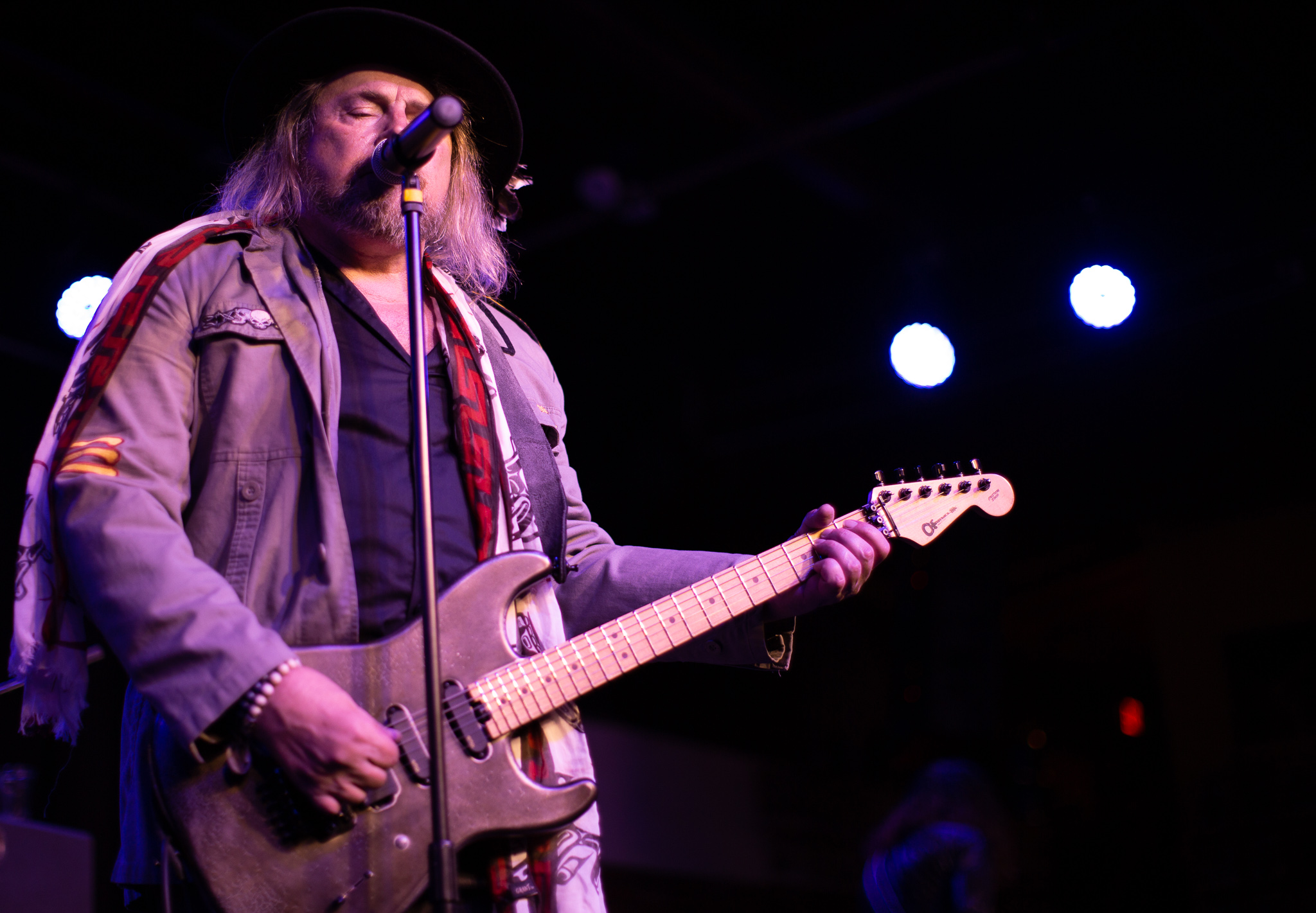 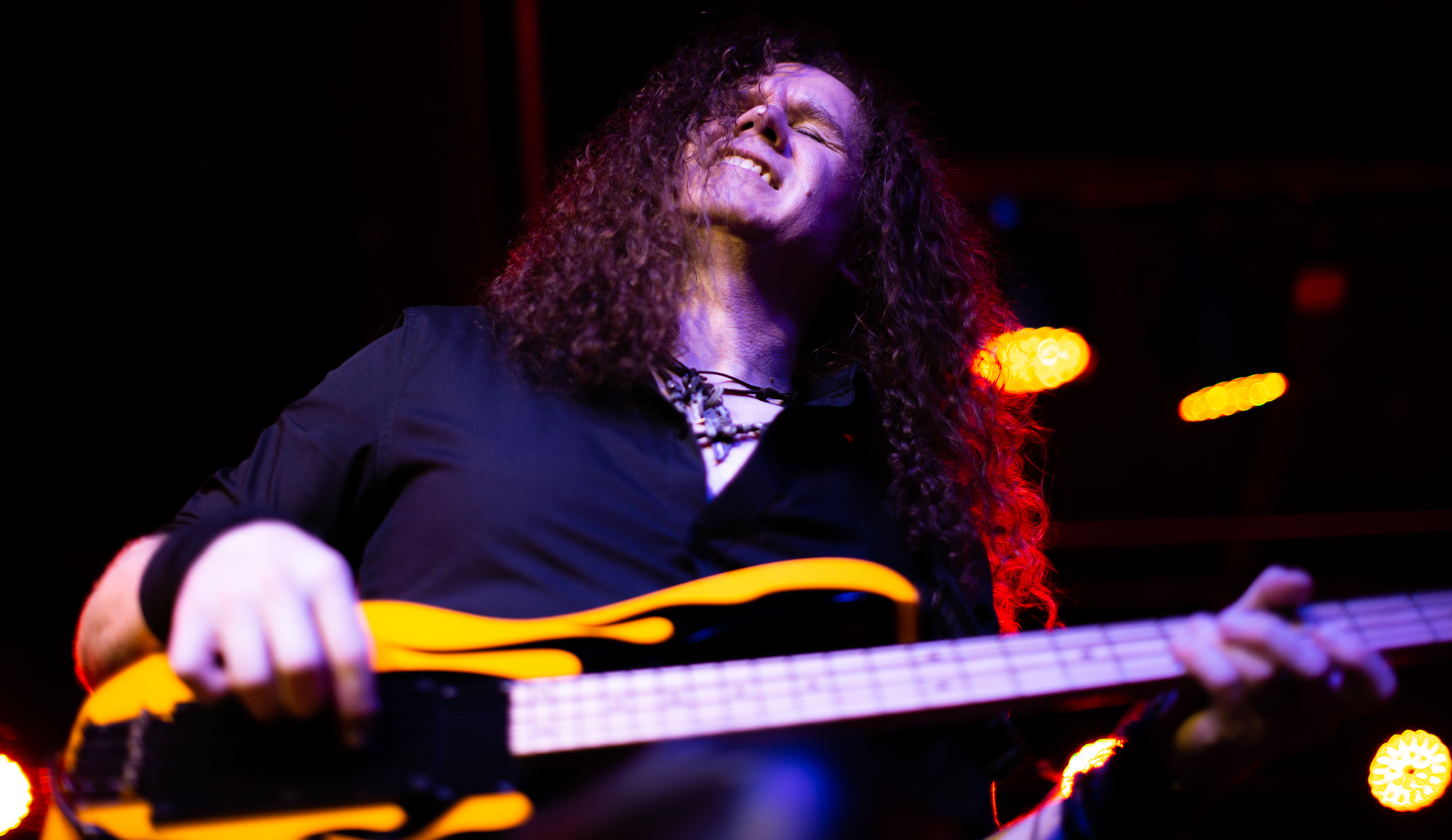 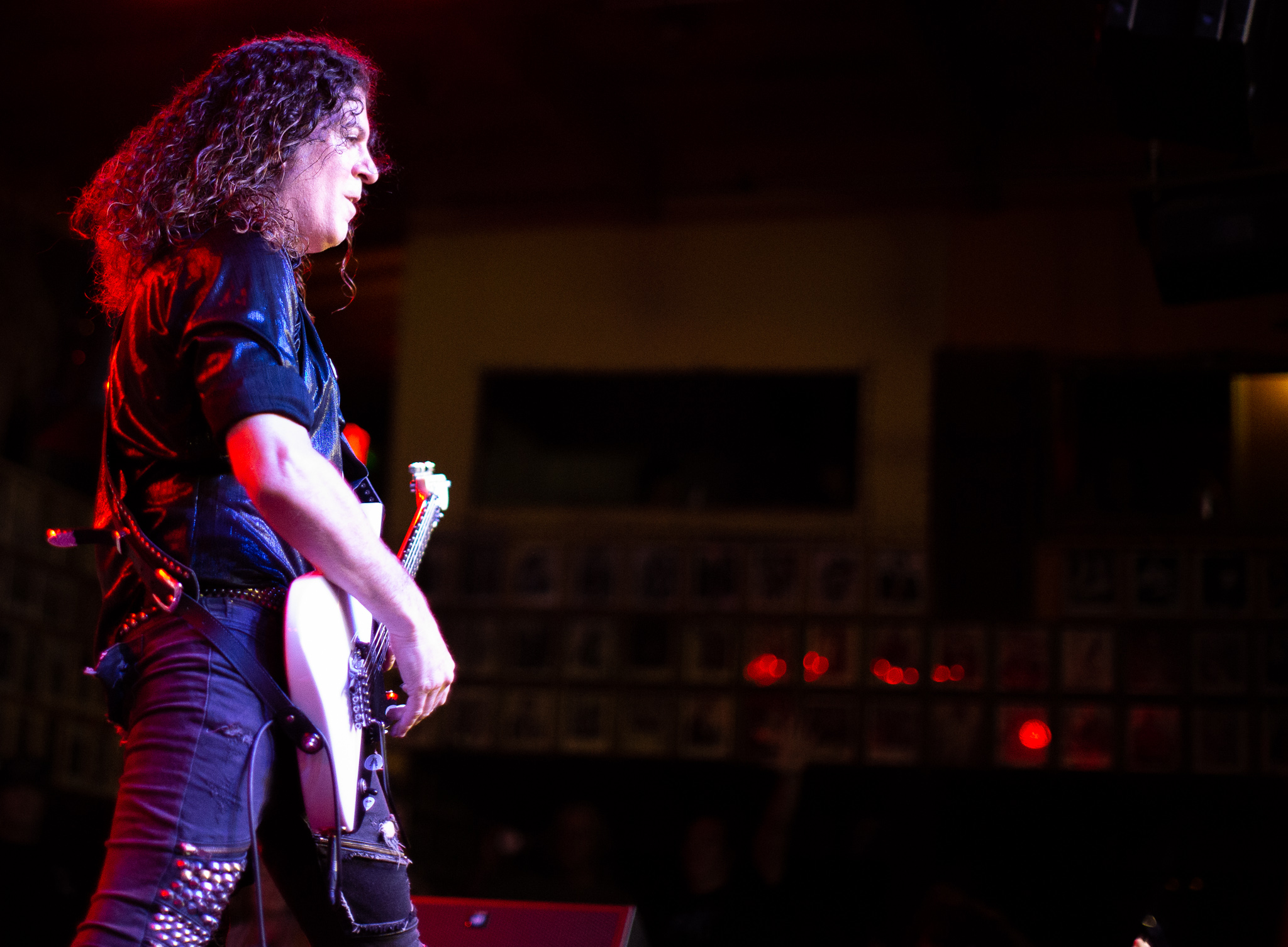 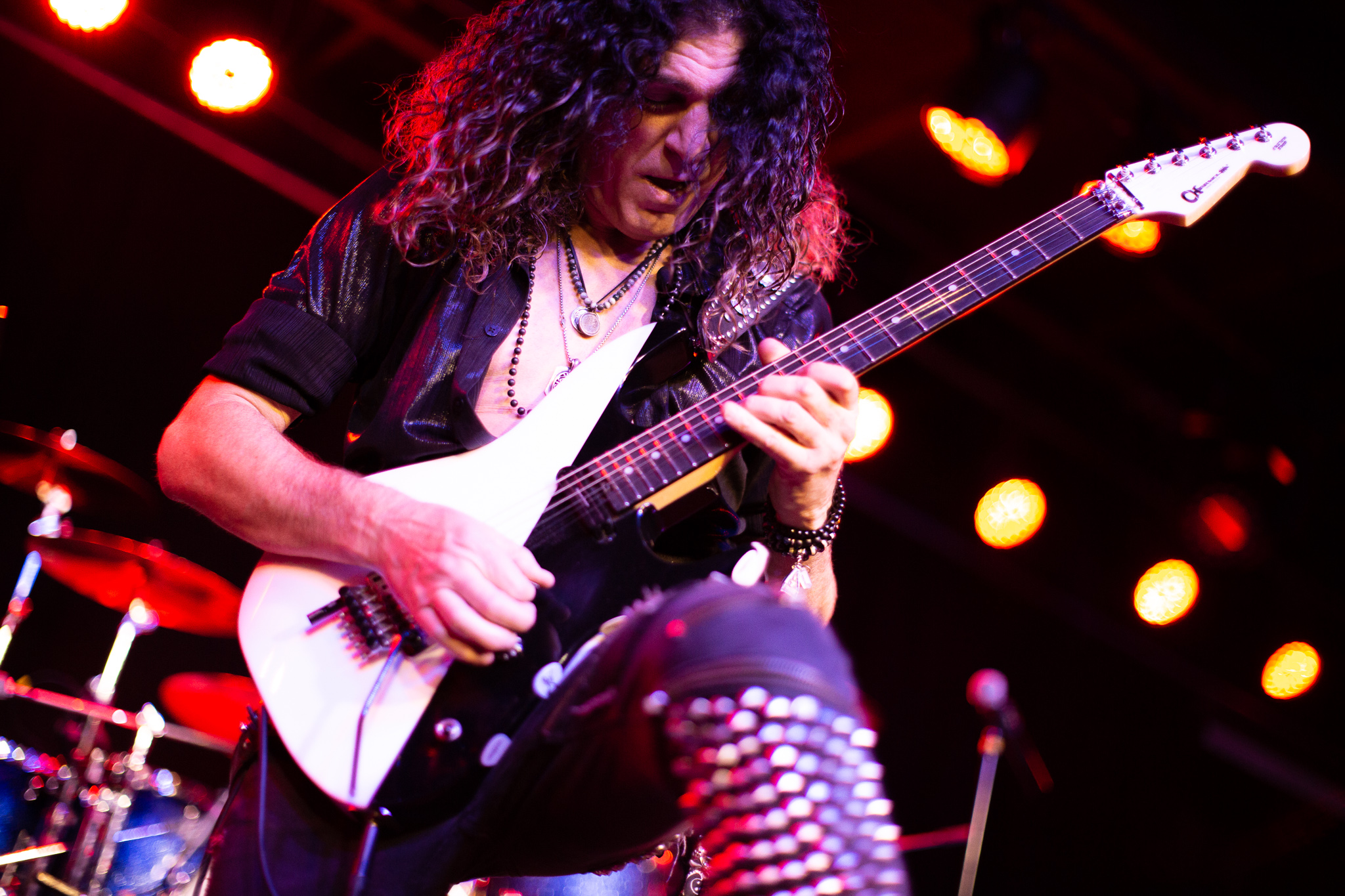 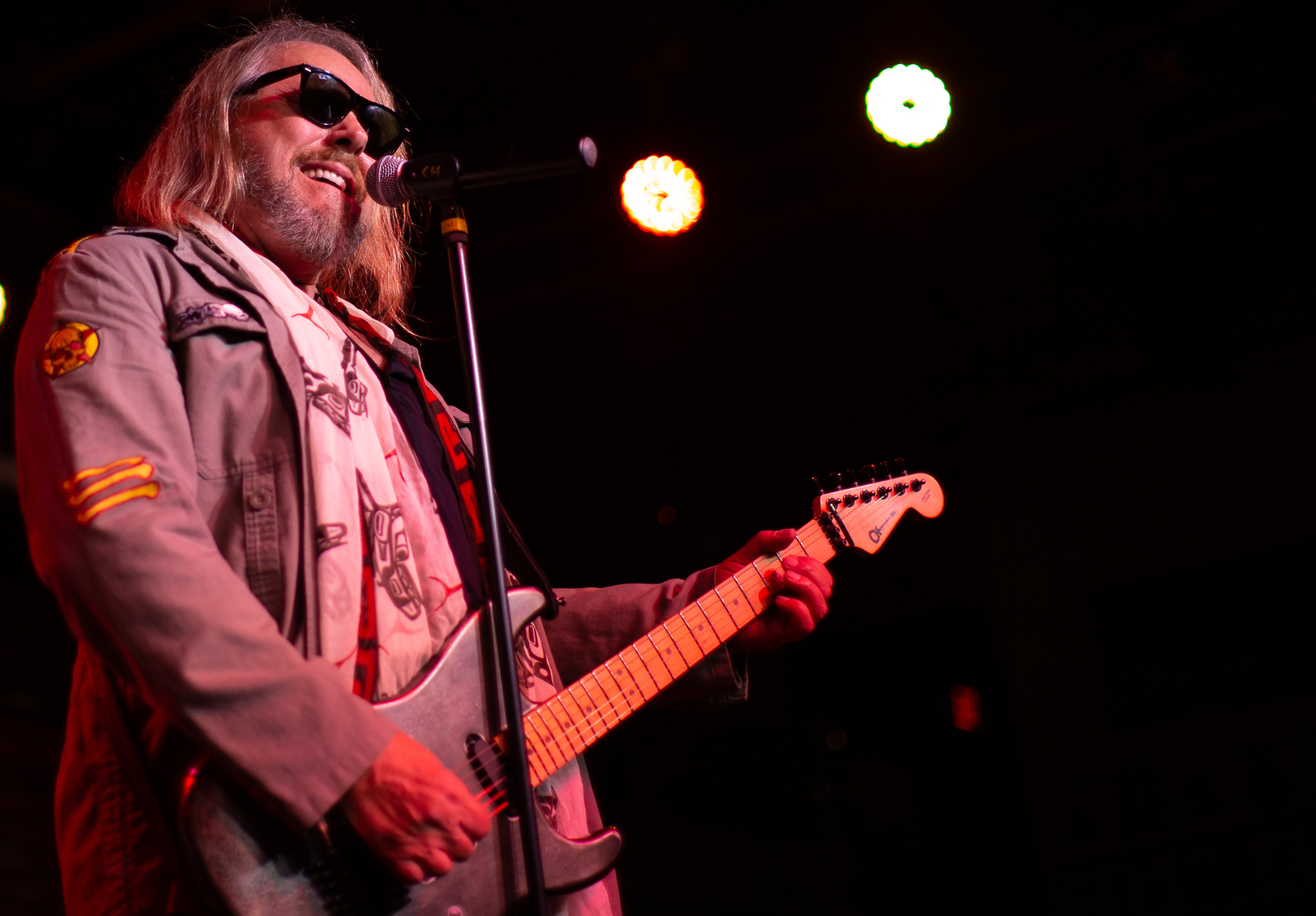 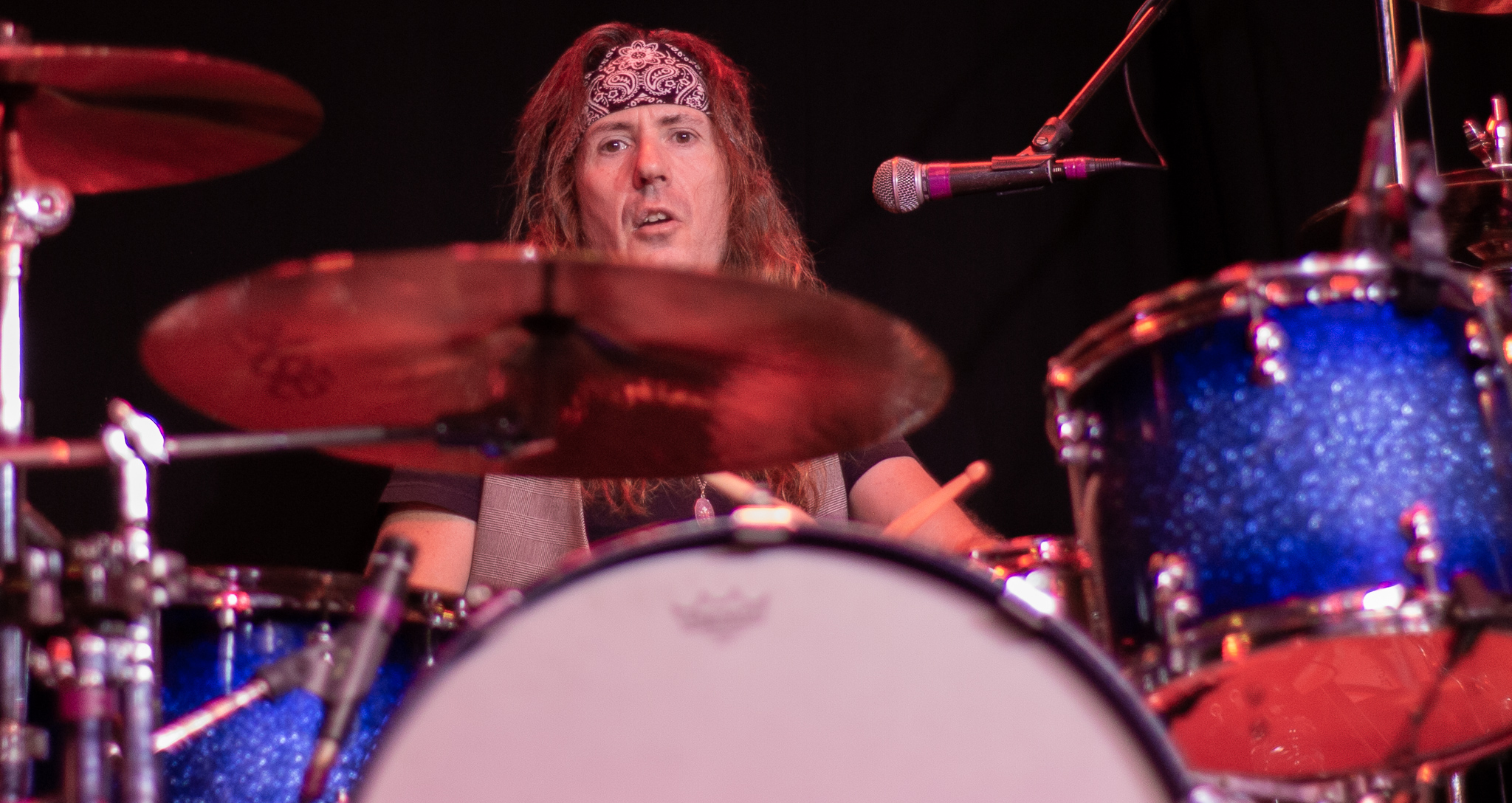 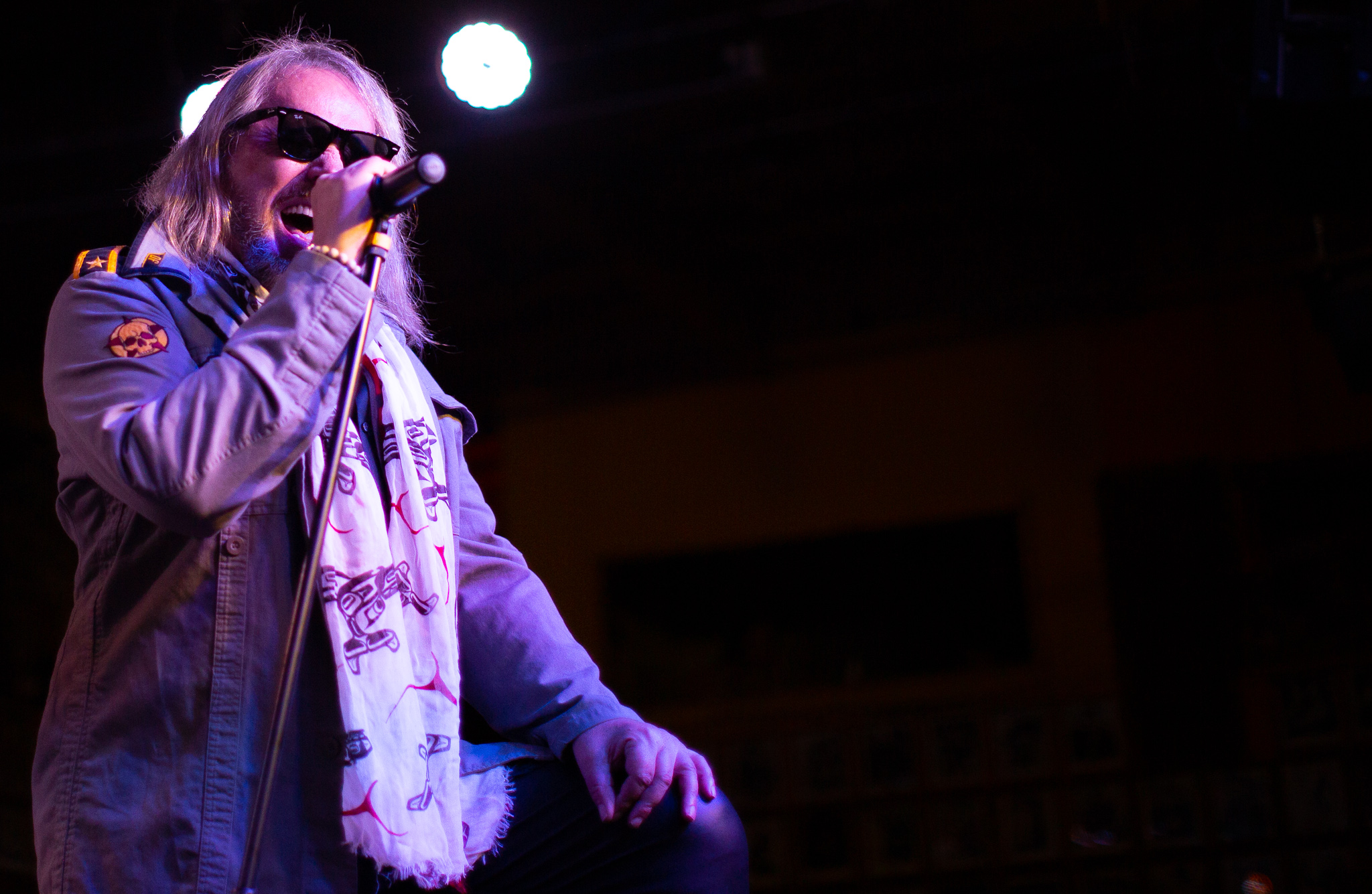 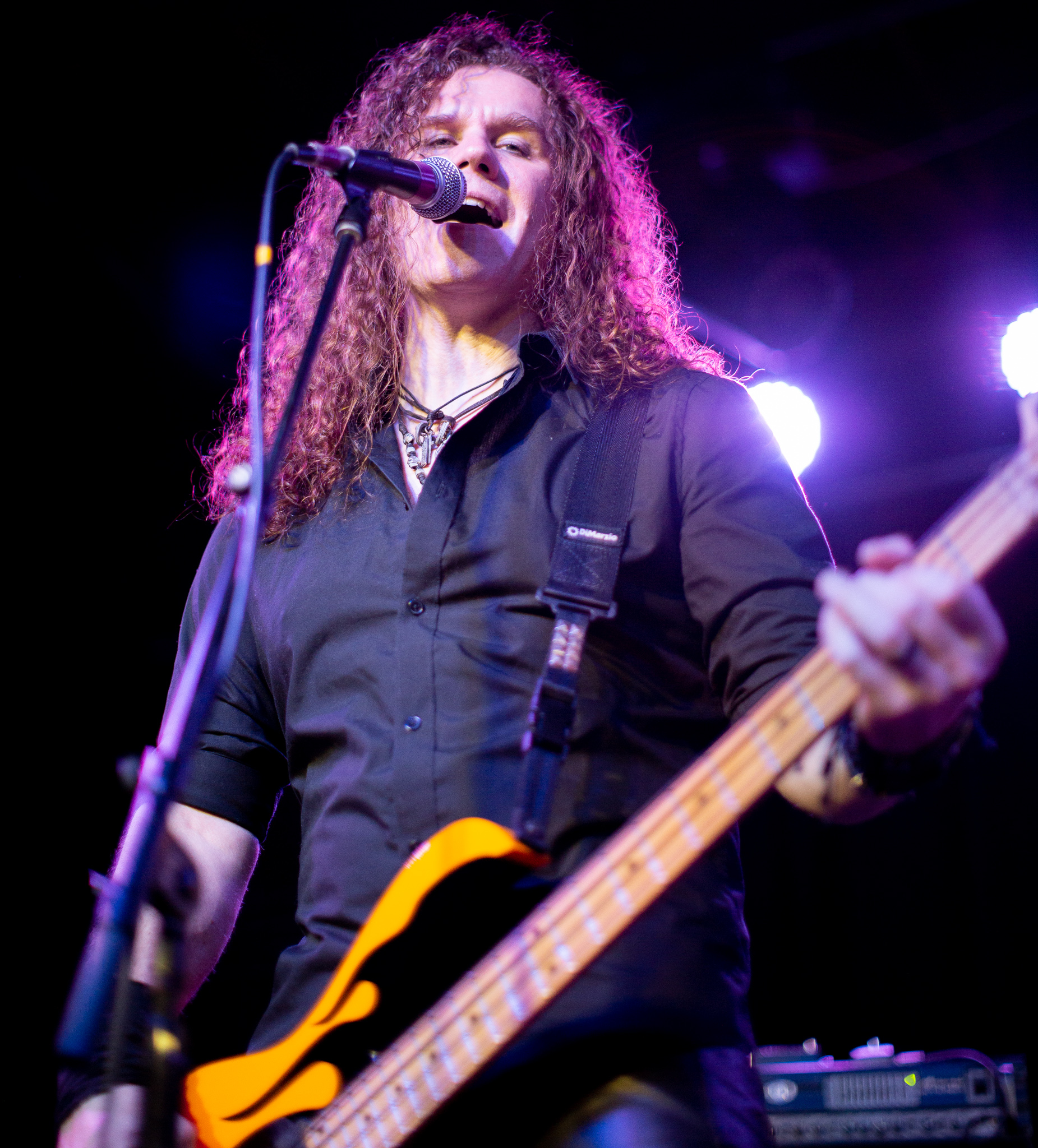 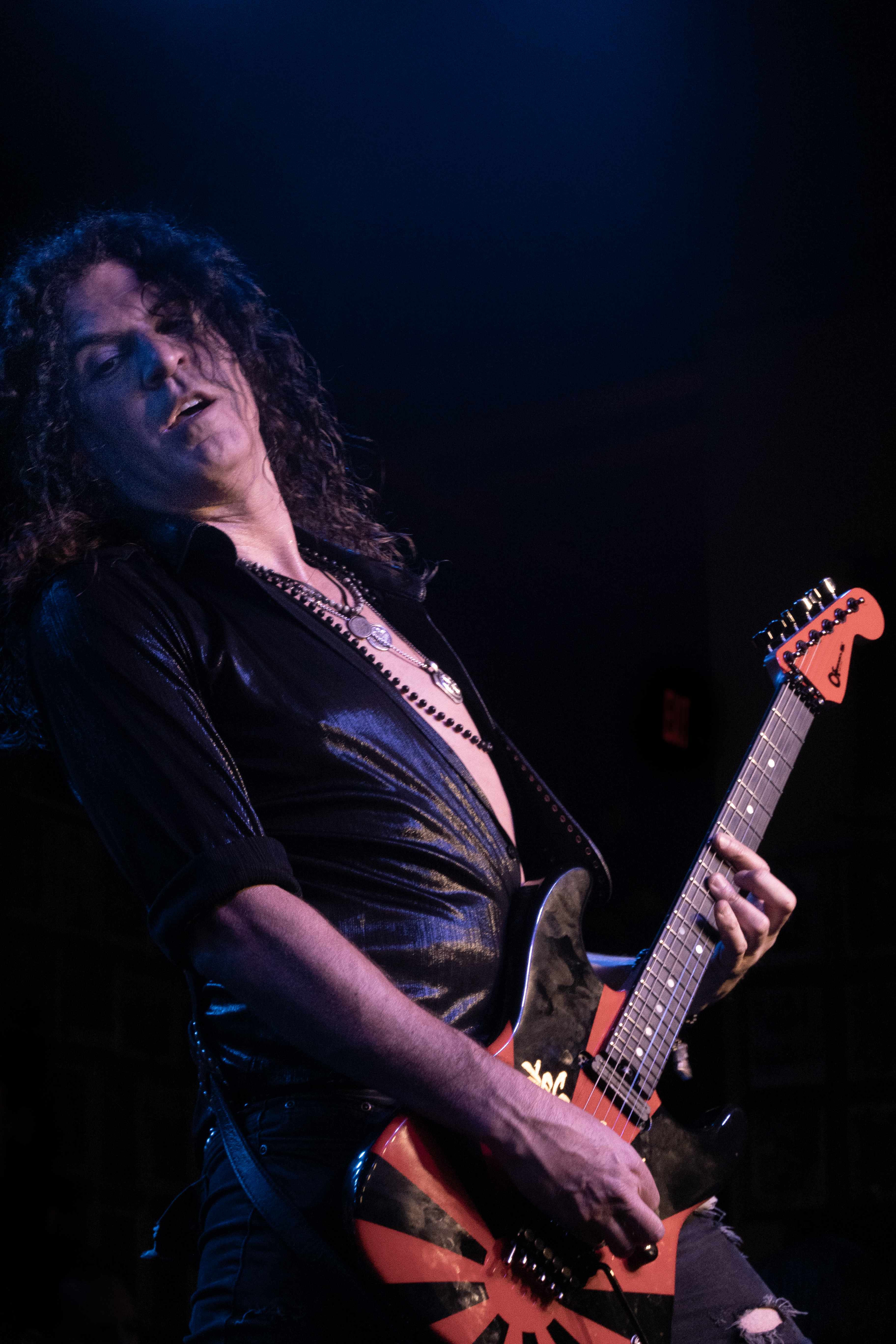 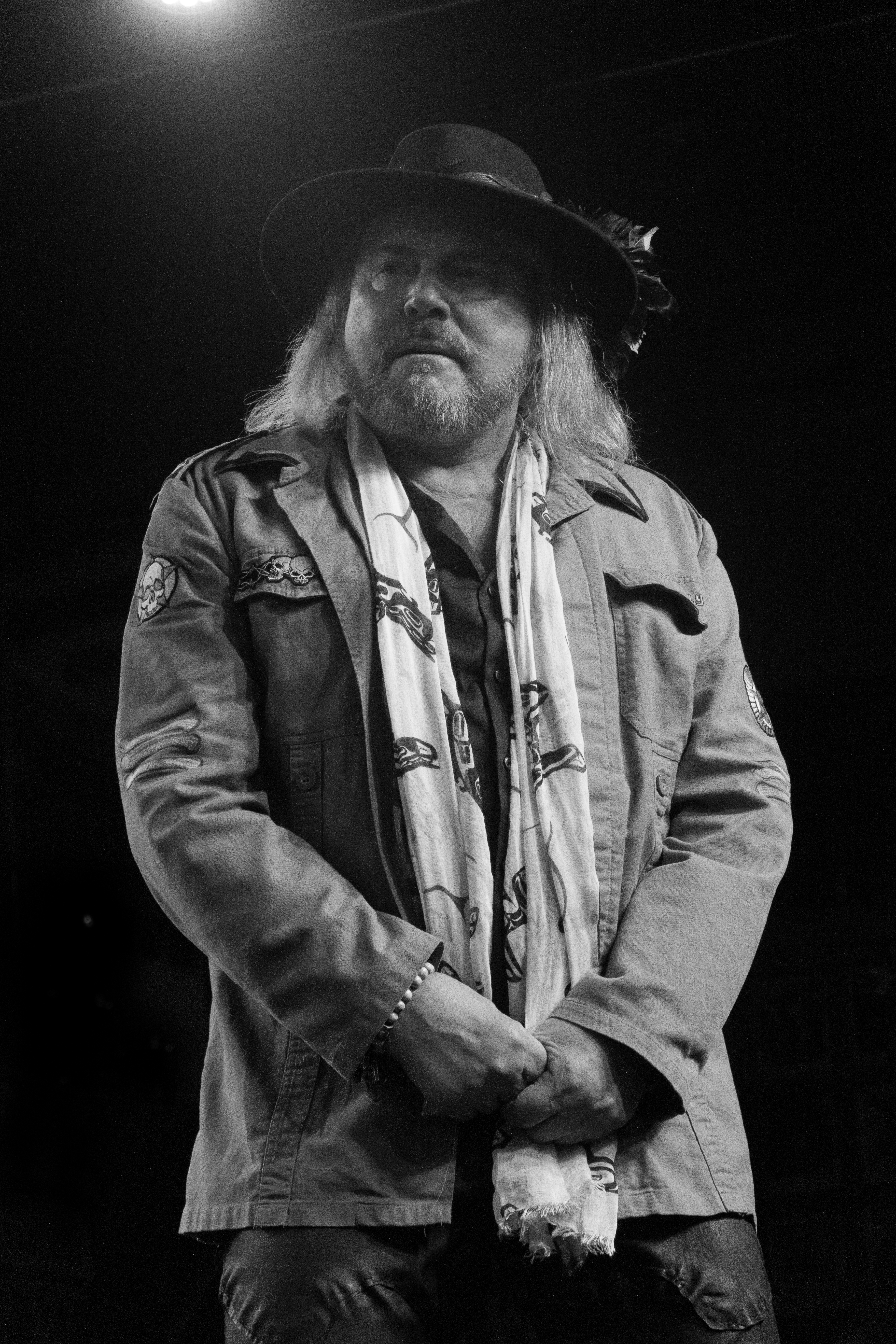 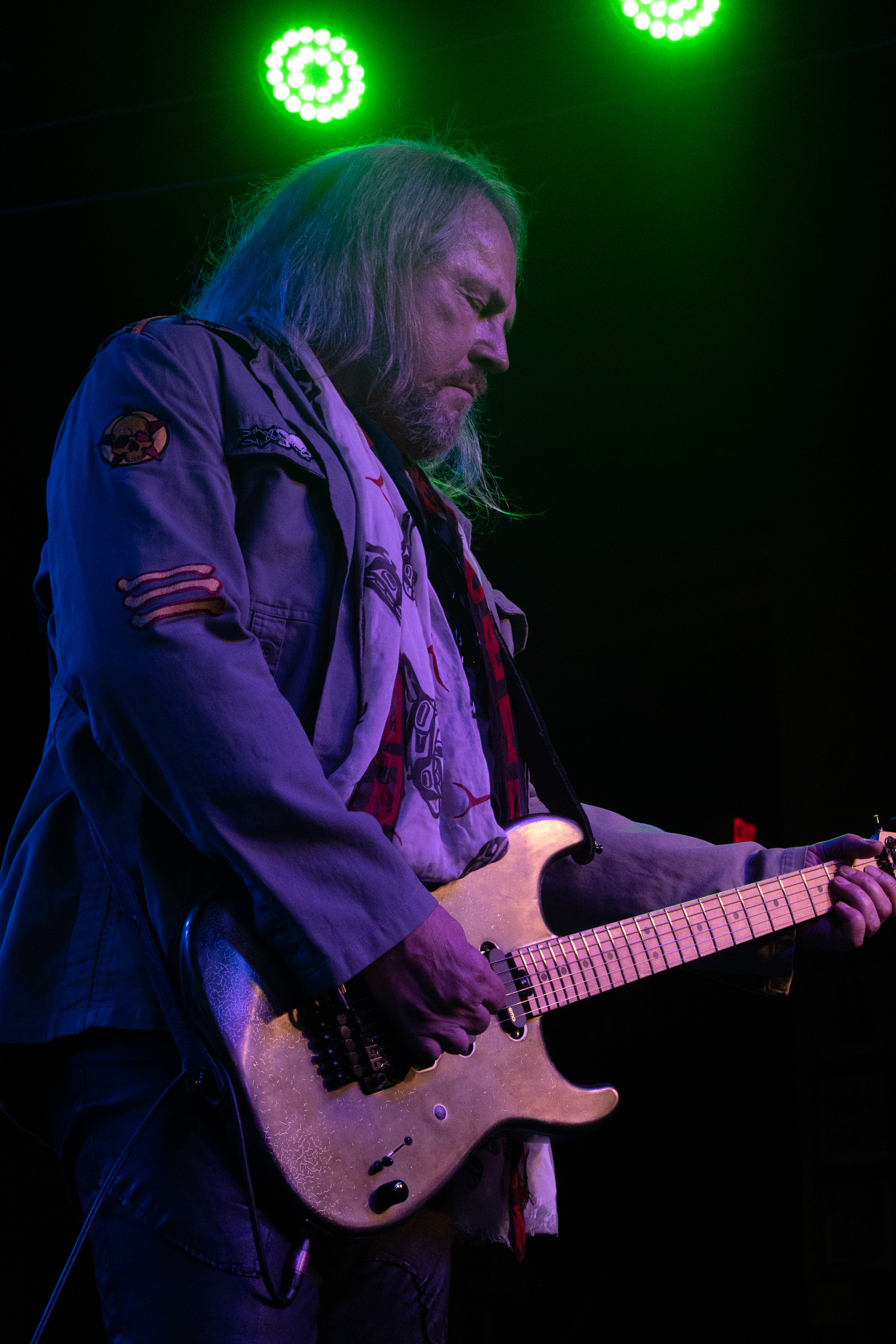 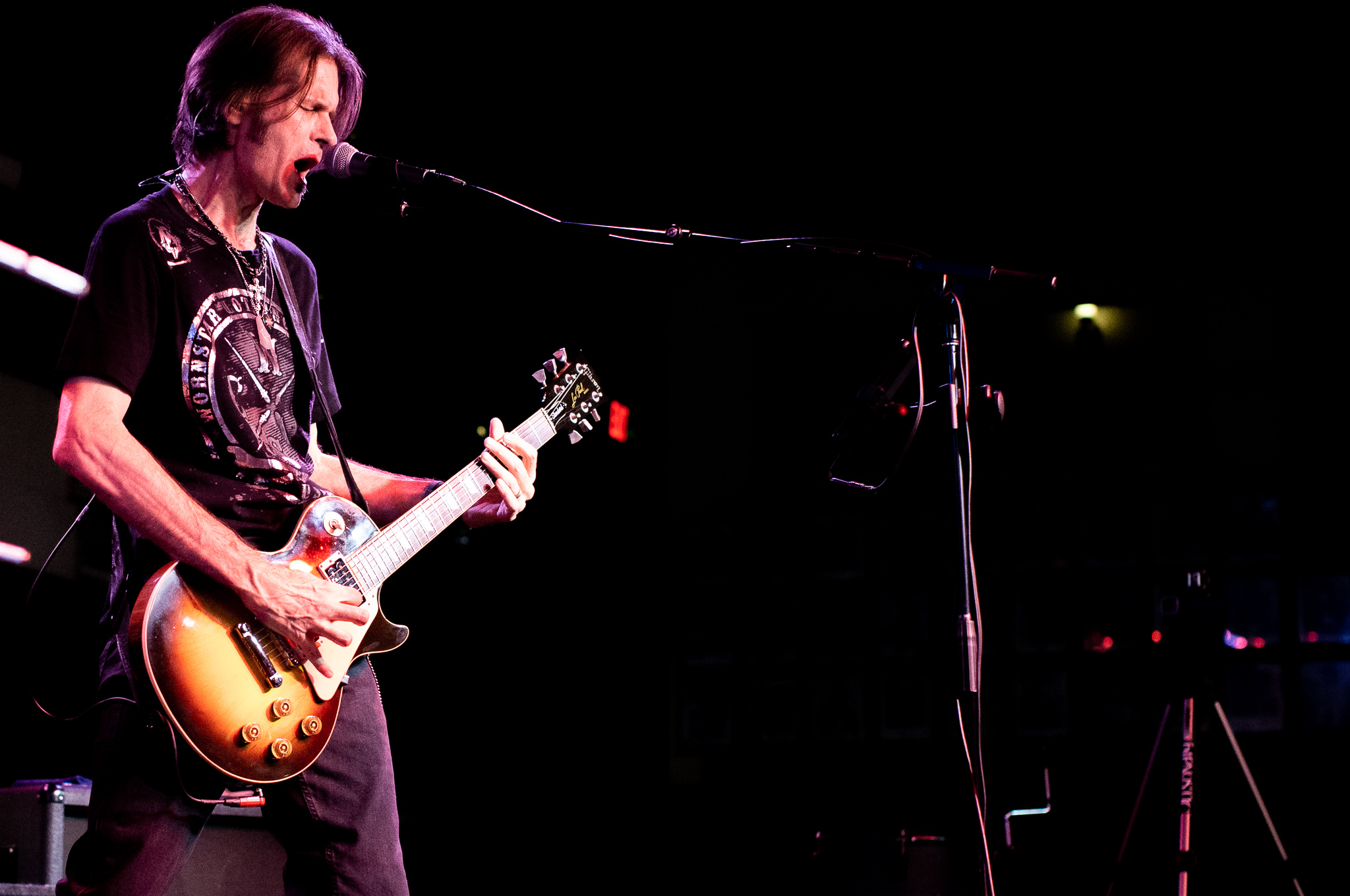 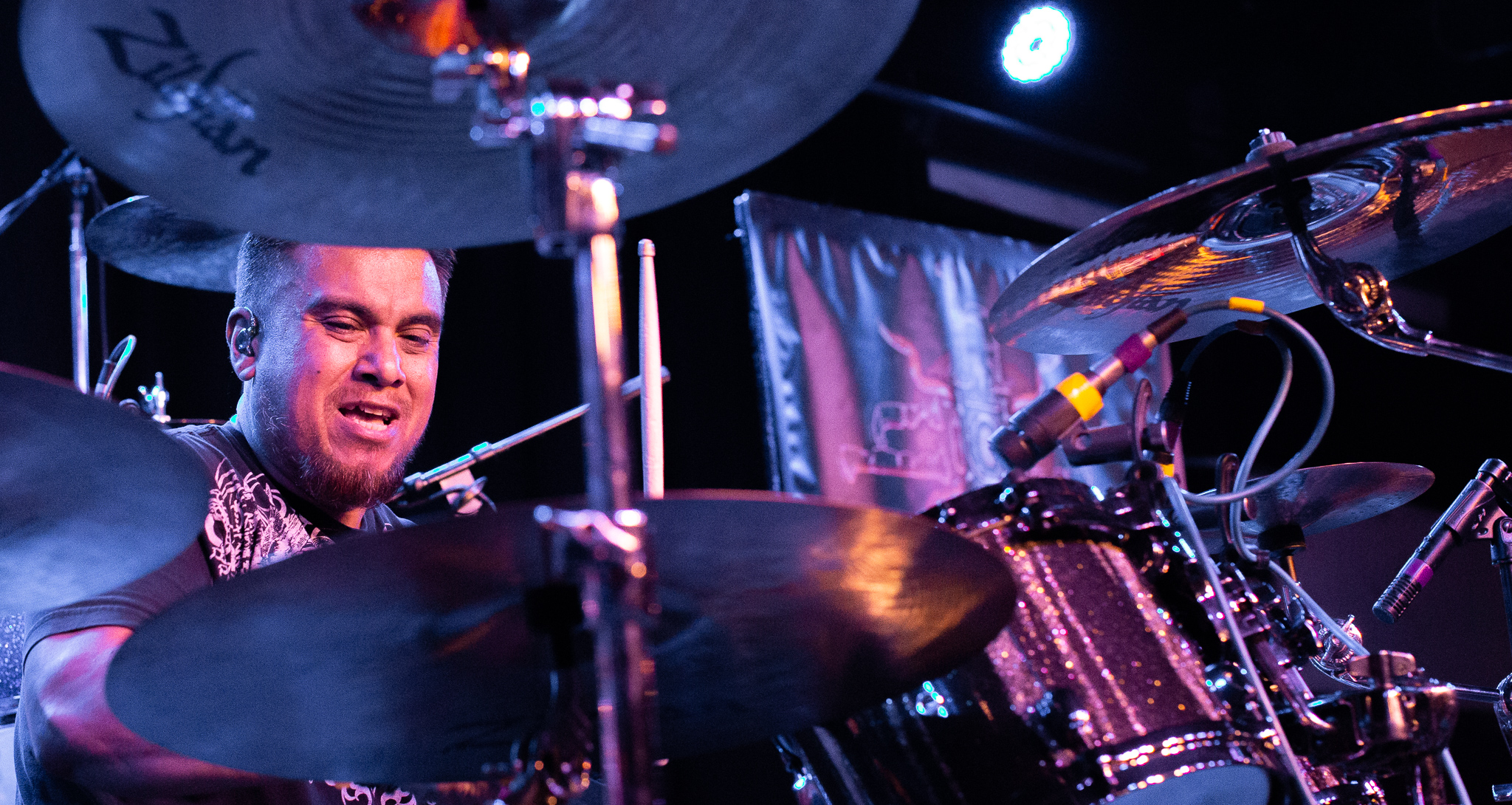 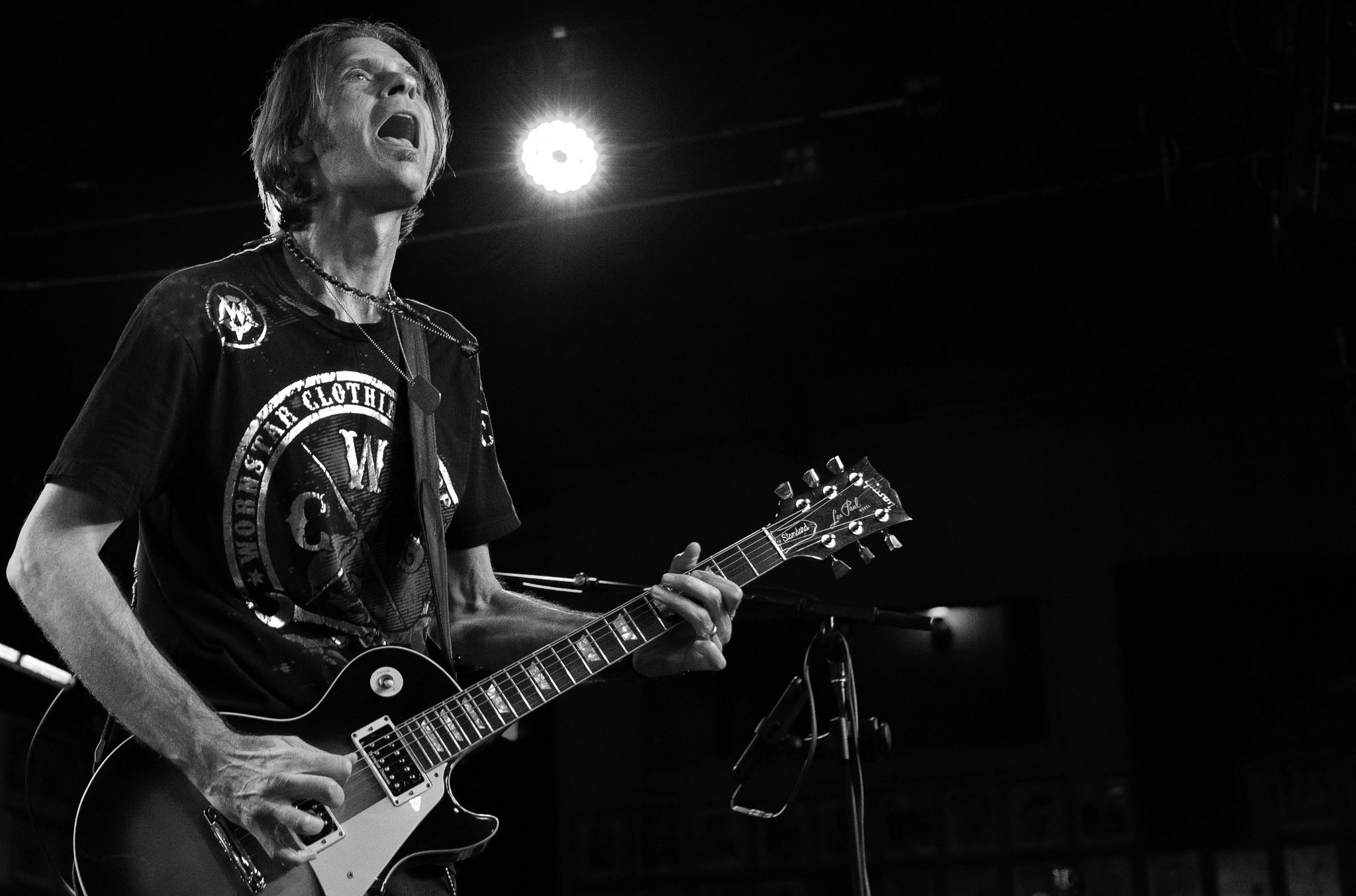 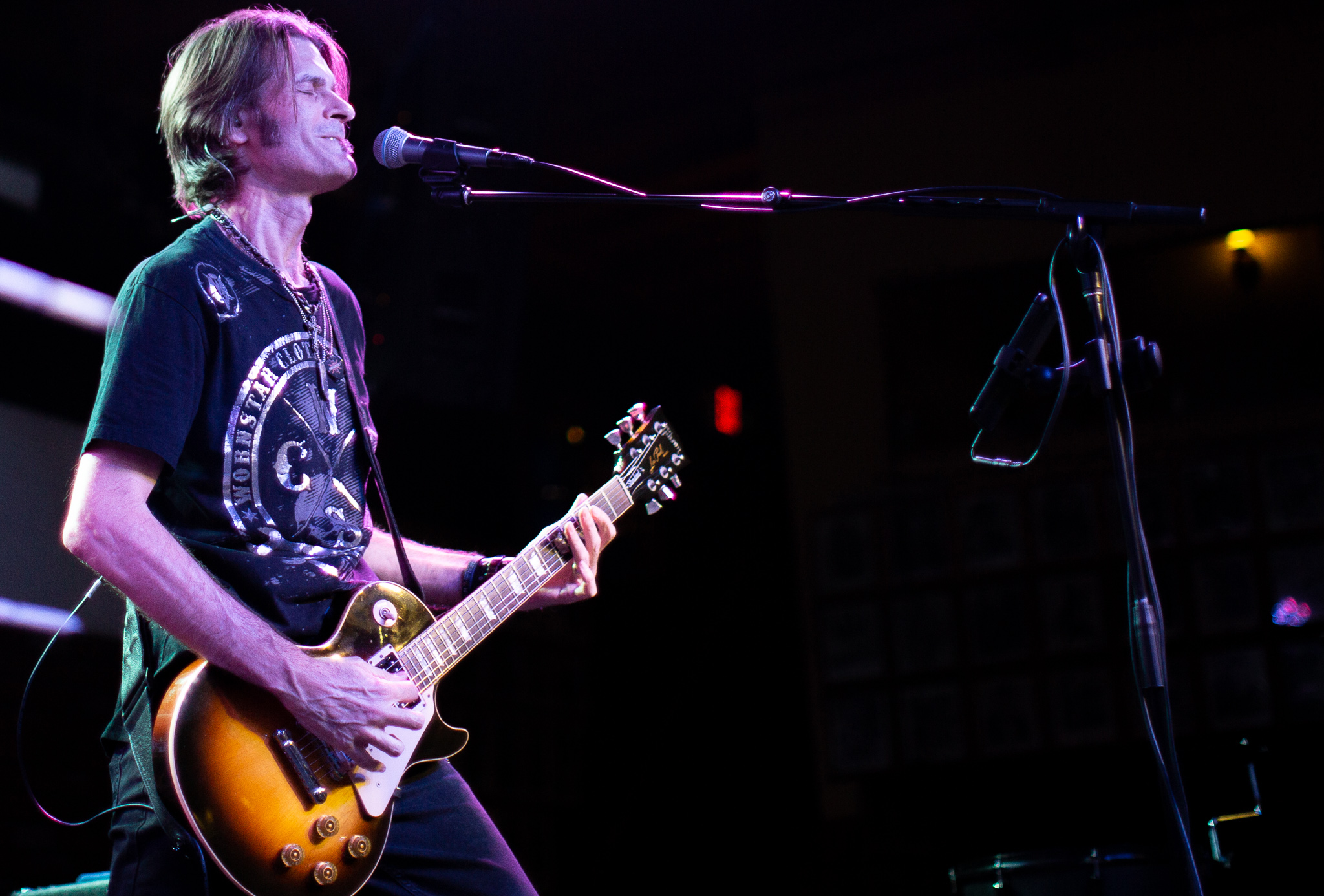 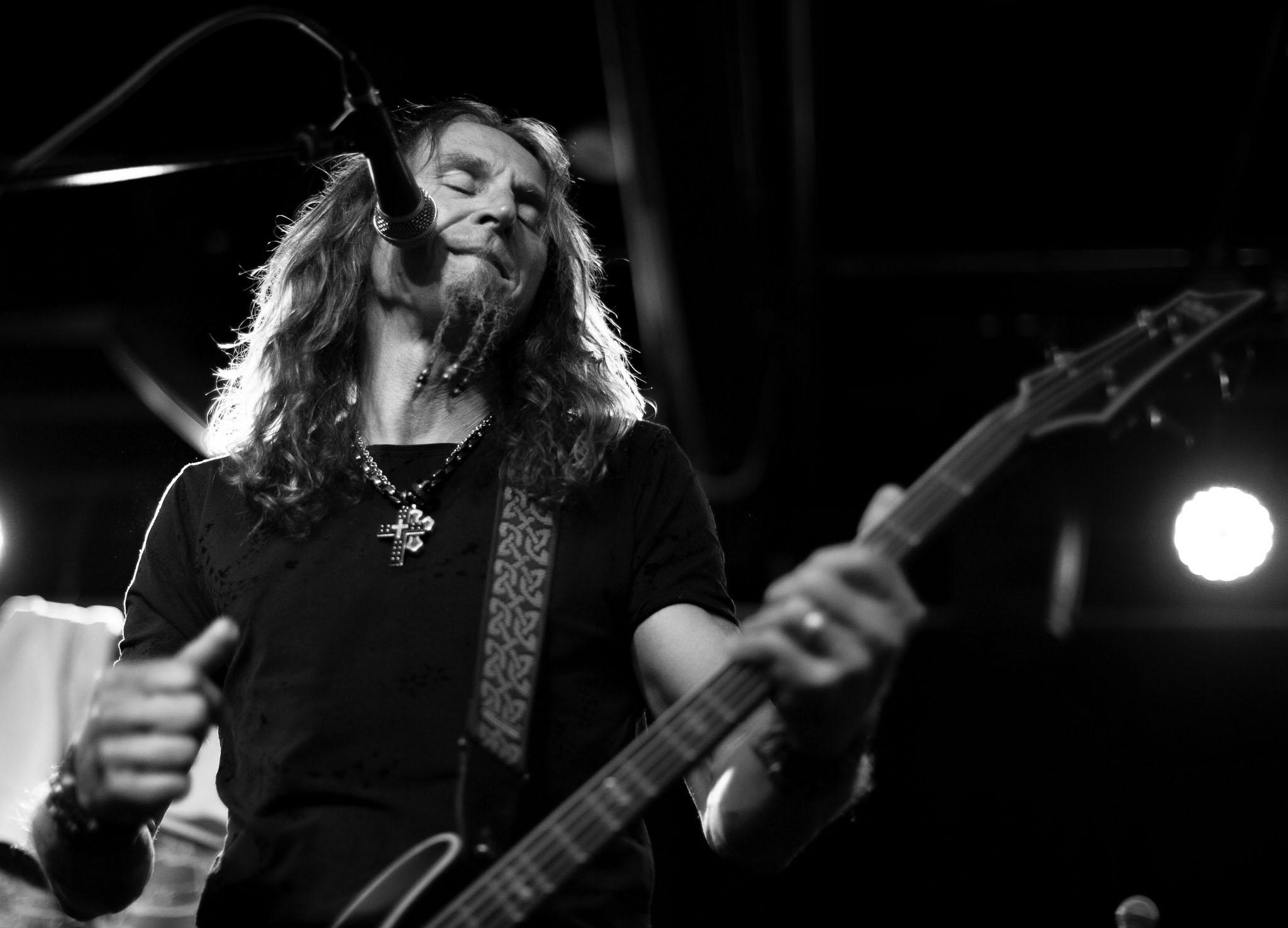 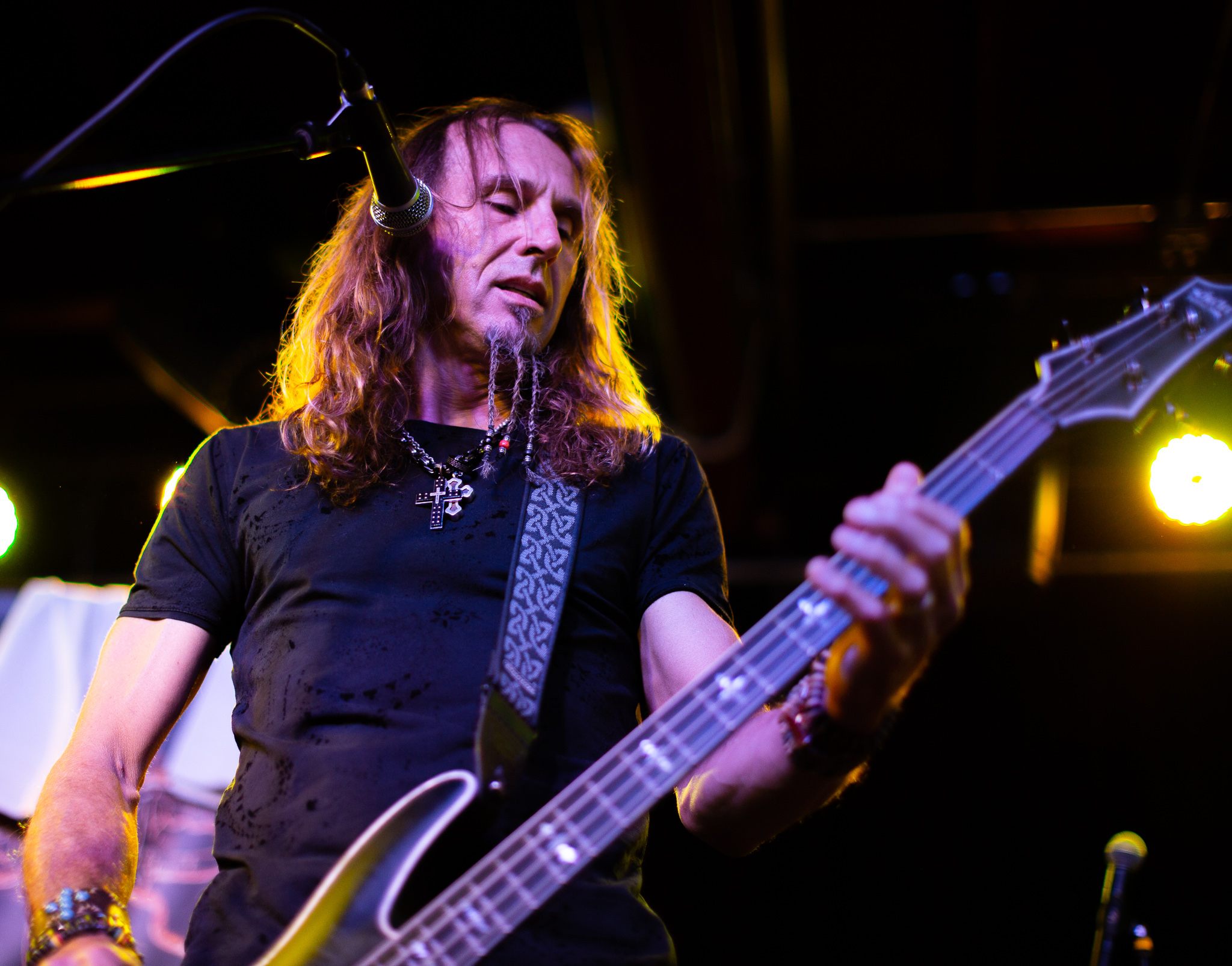 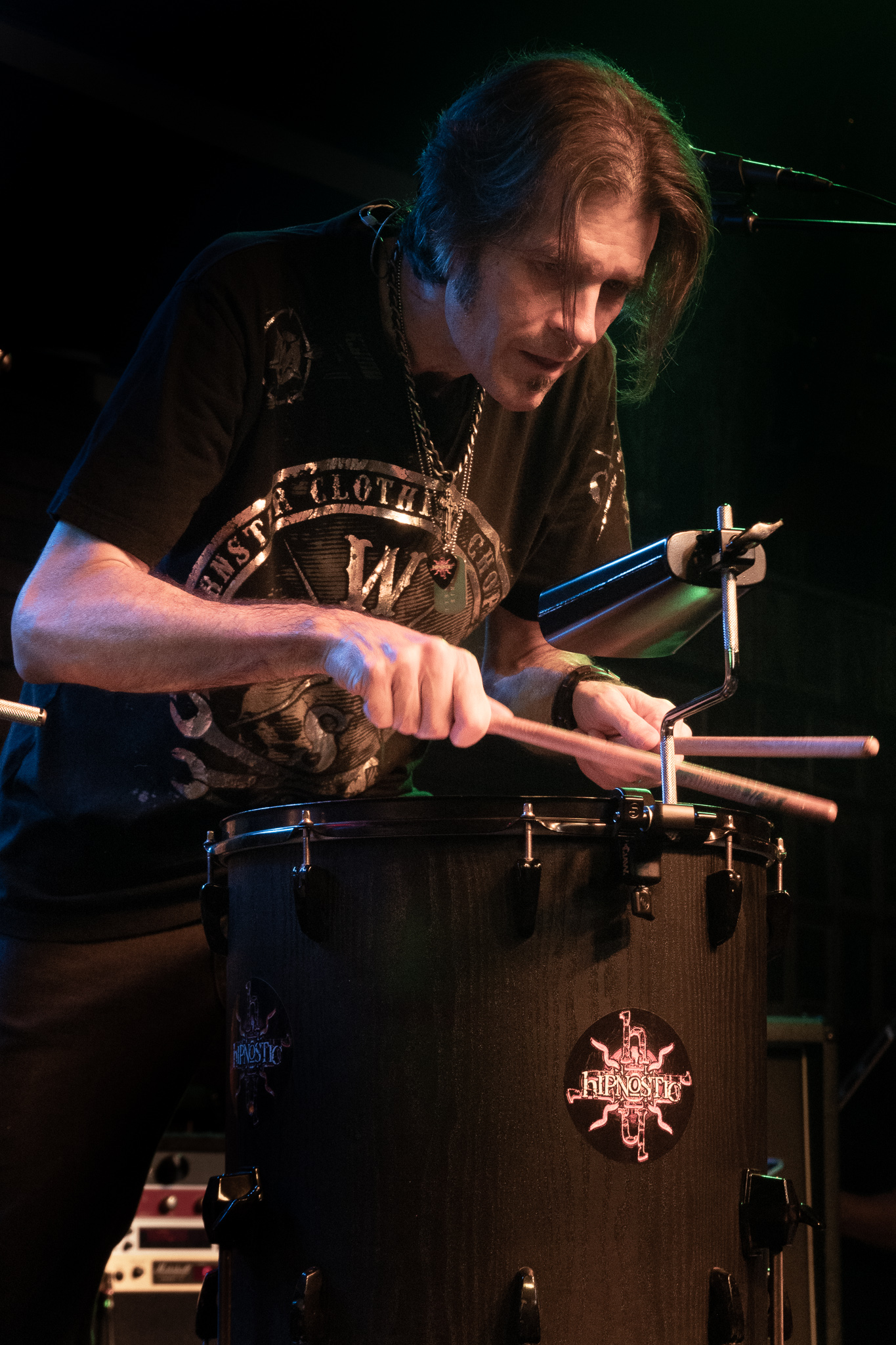 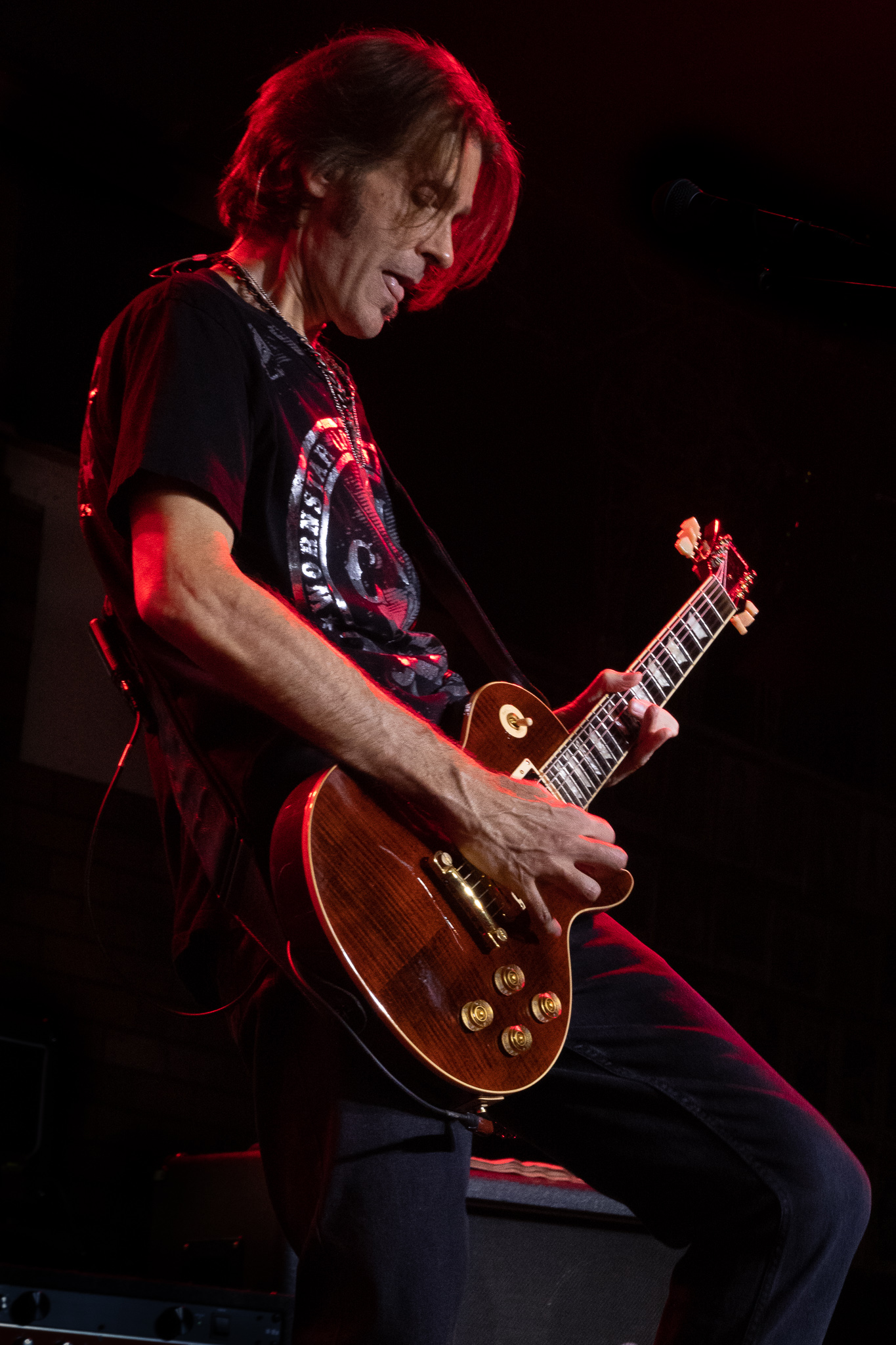