The undisputed champion of the talk-box opened up for The Steve Miller Band on Sunday and RockInTheOC was there.

After rolling out on stage, the band broke into Something’s Happening.  The crowd perked up and stragglers were quickly making their way to their seats.  There were more empty seats than I would have expected but this was the last day of the OC Fair and parking was a challenge.  A constant stream of Orange County’s finest rock fans continued to filter in throughout the first few songs and the rockin’ vibe intensified.

A lot of opening bands will tease late arrivals, especially those in the first few rows. I admit it was a bit cringe inducing when Peter heckled a couple of people in the front row somewhere around the third song as I couldn’t quite tell if he was genuinely miffed or just having a bit of fun. During other parts of the show however he displayed some self deprecating humor concerning his popularity after ‘that album’, so I’m inclined to interpret his teasing and monologue on people who take pictures with their phones as good natured humor that could maybe use a bit of refinement in delivery.

Peter has a wonderful rendition of Soundgarden’s Black Hole Sun on his Fingerprints album.  After a short and heart-felt nod to the late Chris Cornell, he proceeded knock this one out of the park.  The guitar tone was fat and nasty in the most wonderful way.  The filtering and possibly an auto-wah gives a striking cross between a talk-box sound and a traditional wah-wah pedal that is particularly pleasing in this context.  He often uses an eBow for some of those super sustaining notes that just soar forever, though I was not close enough to visually confirm its use this night.

The set closed out with extended versions of Baby, I Love Your Way and Do You Feel Like We Do. These are the songs you’ve loved forever and were played very well giving Mr. Frampton the opportunity to showcase his famous talk-box swagger.

Something’s Happening
Lying
Lines on My Face
Show Me the Way
Black Hole Sun
(I’ll Give You) Money
Baby, I Love Your Way
Do You Feel Like We Do

This band consisting of Steve Miller, Kenny Lee Lewis, Gordy Knudtson, Joseph Wooten, and Jacob Peterson were tighter than a snare drum in the back pocket of those damn skinny jeans. This of course is no surprise to the initiated, but cannot be stressed enough. Your ticket to this show treats you the Steve Miller BAND, and this band delivers and this band rocks.

We had the full crew from Rock in the OC and met some friends once we arrived. Bill, Mike, Britton, and Jen are an awesome crew to rock to out with and we had a blast. The whole world should meet Jen. She is electric, outgoing and so much fun. Her signature “Woo-hoo!” causes everyone around her to light up.

This is not our first rodeo, we’re fans of SMB and becoming regulars to his shows. So when Steve and the boys mix things up we’re likely to notice. Yes, they played all of those songs you know, but there were some deeper cut gems in there too. Kow Kow Calqulator (Brave New World) hasn’t appeared in heavy rotation in the set list since 2012.  Similarly, Jackson-Kent Blues (Number 5) and Serenade From the Stars (Fly Like An Eagle) are rare treats indeed.

Alas, it can’t all be lesser known songs that music writers pat themselves on the back for recognizing and Steve mixes these into the set perfectly. The crowd goes wild and any folks not already standing immediately leap to their feet.  You simply cannot beat a live performance of an incredible band, epic songs and high energy crowd for a good time.

More than a few times I would find my self just staring motionless and taking in what is one of the best rock shows available. I’m usually much more animated with my air-guitar and singing so I hope no one mistook my awe for disinterest!

Steve proudly took a moment during the show to dedicate Kow Kow Calqulator to his friend and legendary sound designer, Stan Miller who was present for the show.  The crowd knew this was a man of great importance even if they didn’t know him by name.  We got a chance to meet Stan, an incredibly friendly guy, and thank him for showing the world how to deliver the rock.  “Stan pioneered tour sound innovations including hanging systems, fiberglass-covered loudspeaker cabinets and molded fiberglass horns and he was influential in the development of Yamaha’s PM Series mixing consoles, JBL’s Concert Series and Vertec line arrays and many other tour sound products.” – http://proaudioencyclopedia.com/stan-miller-interview-at-namm-2015/ 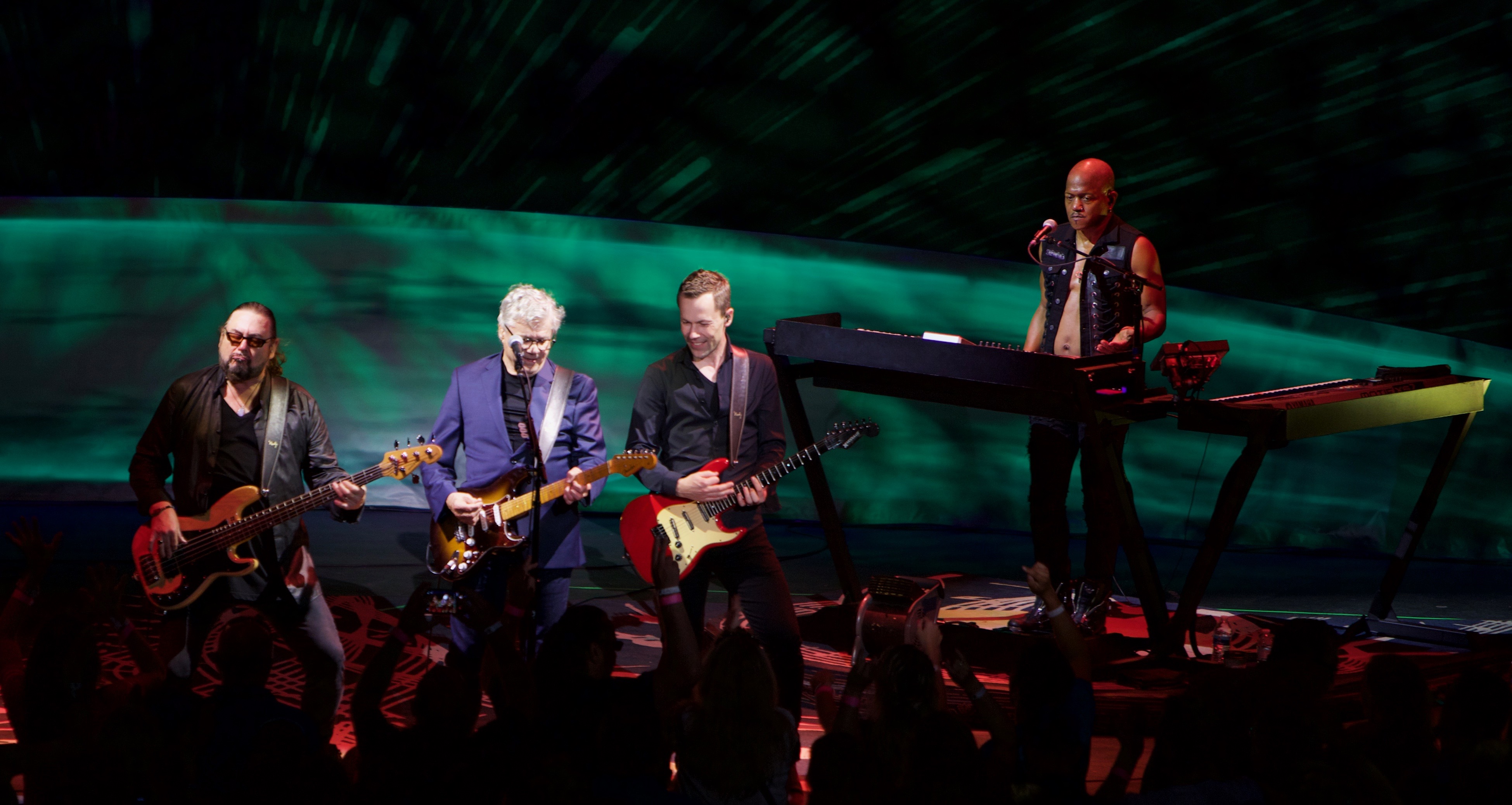 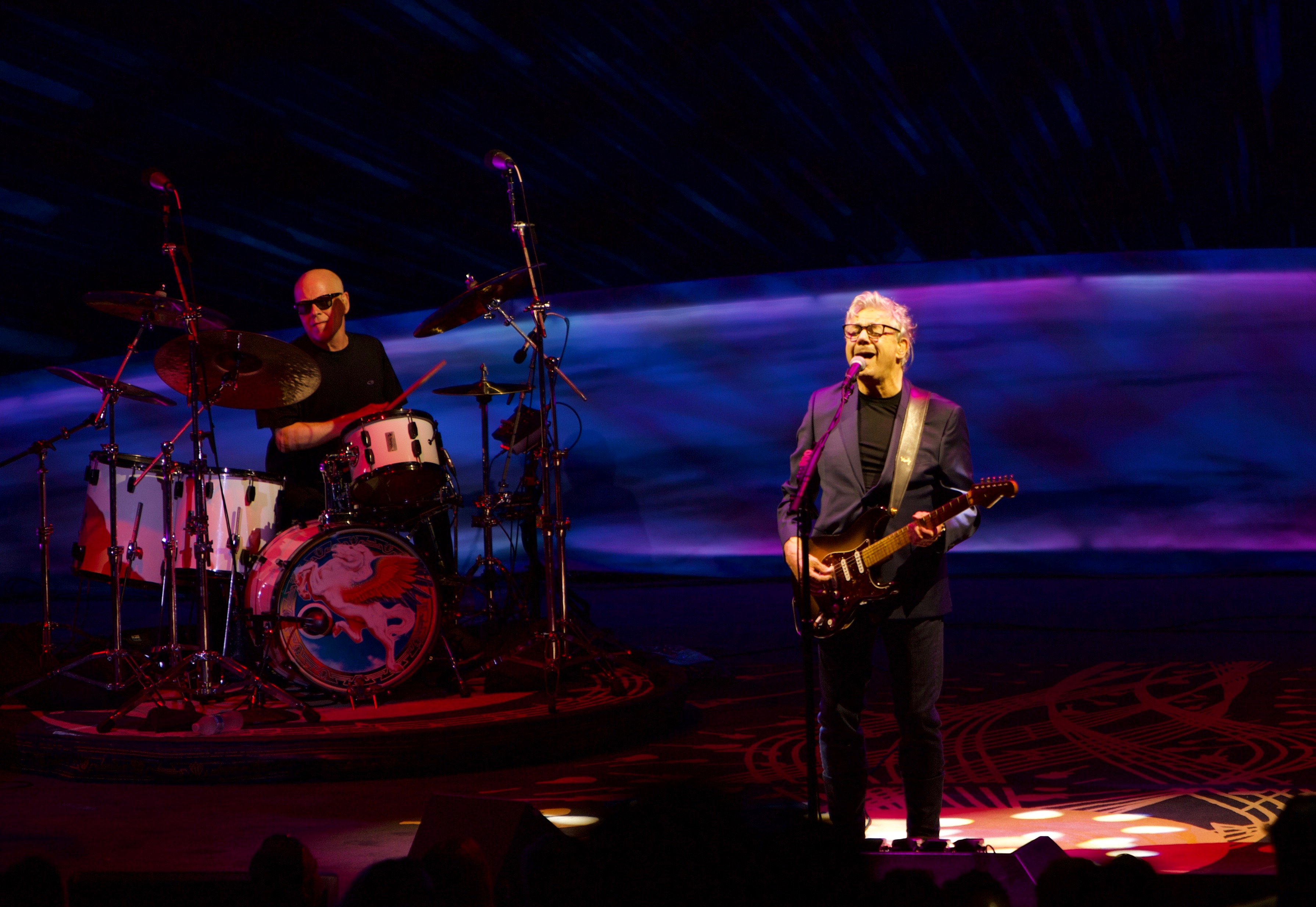 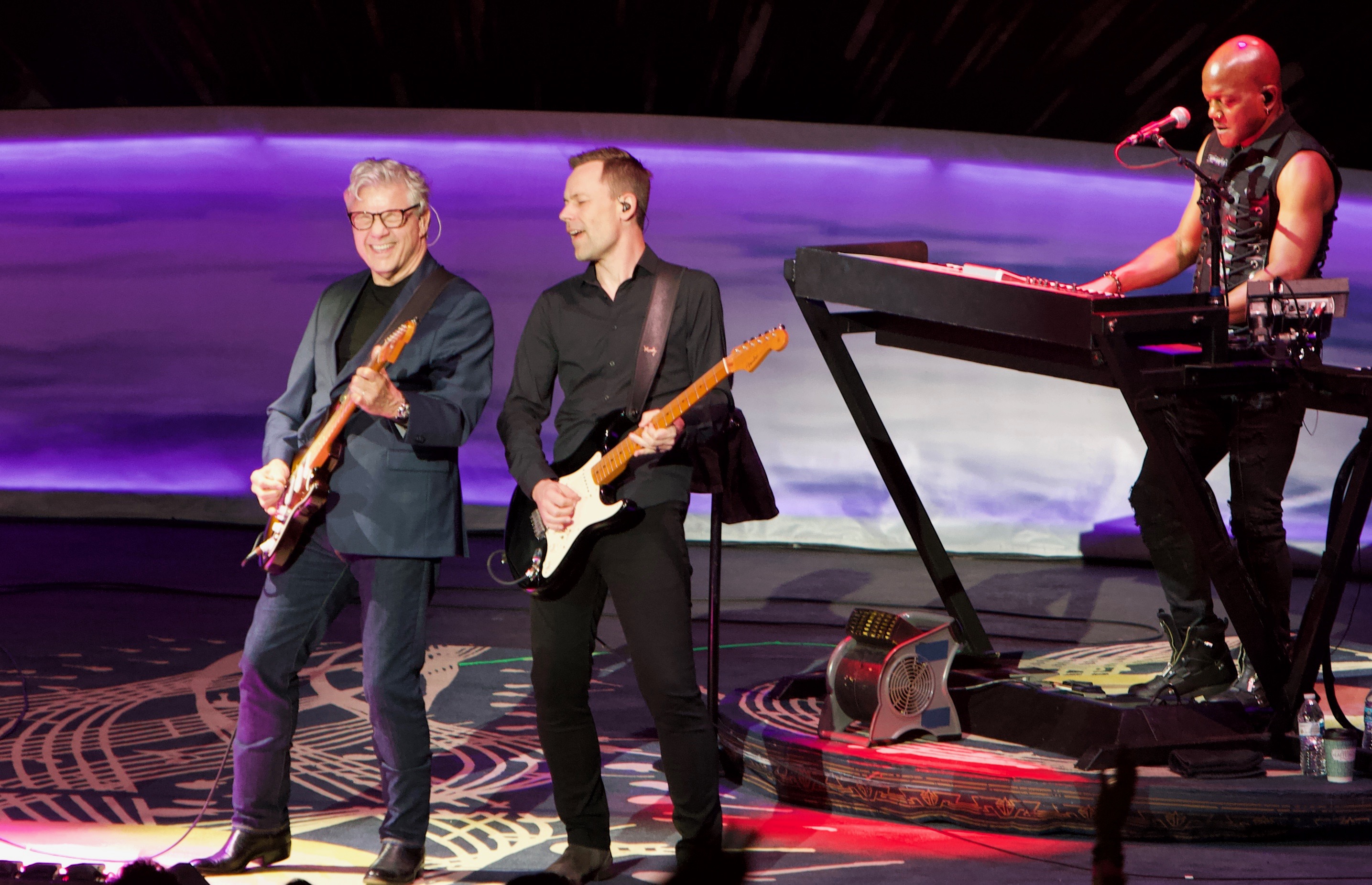 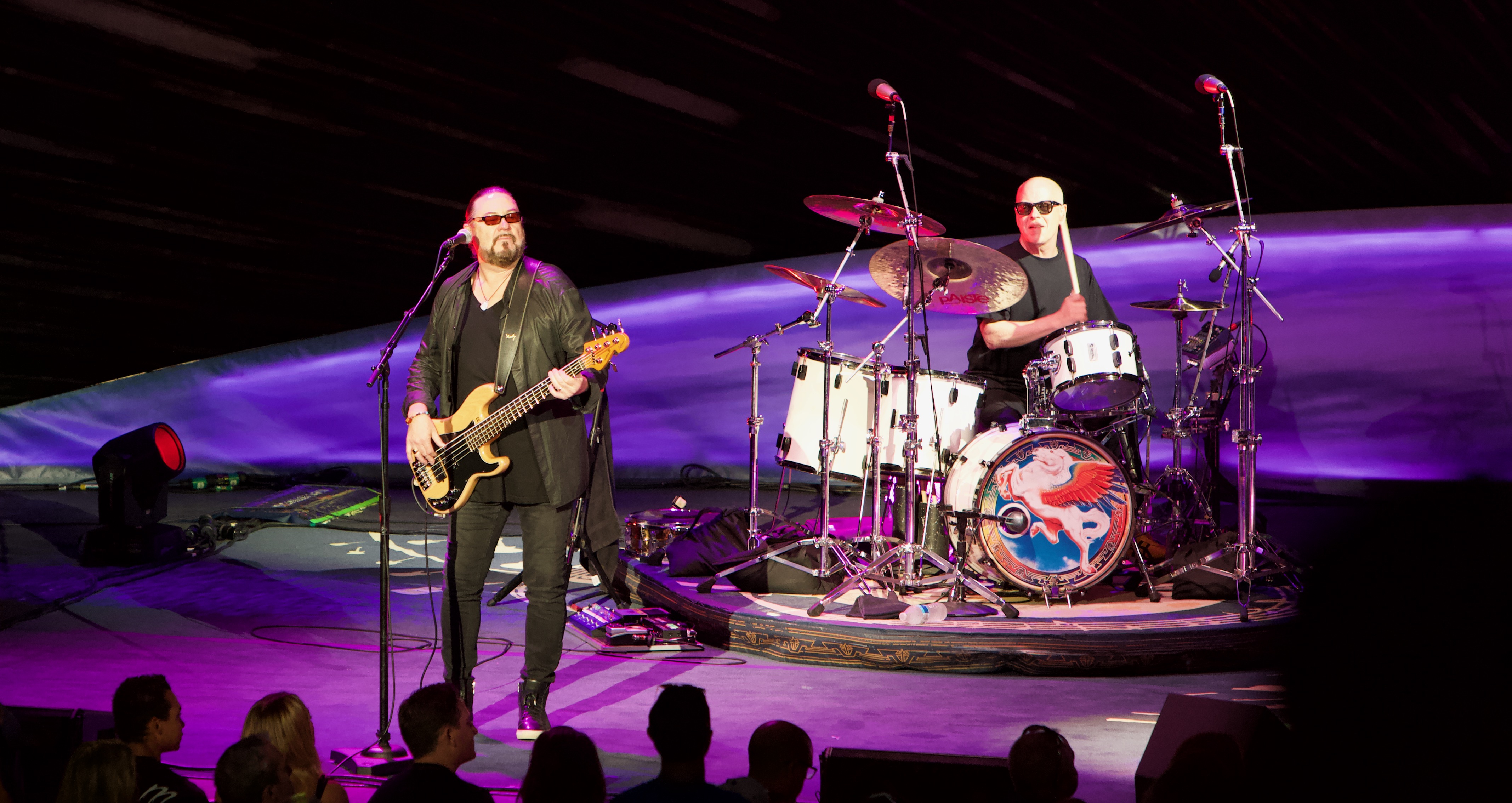 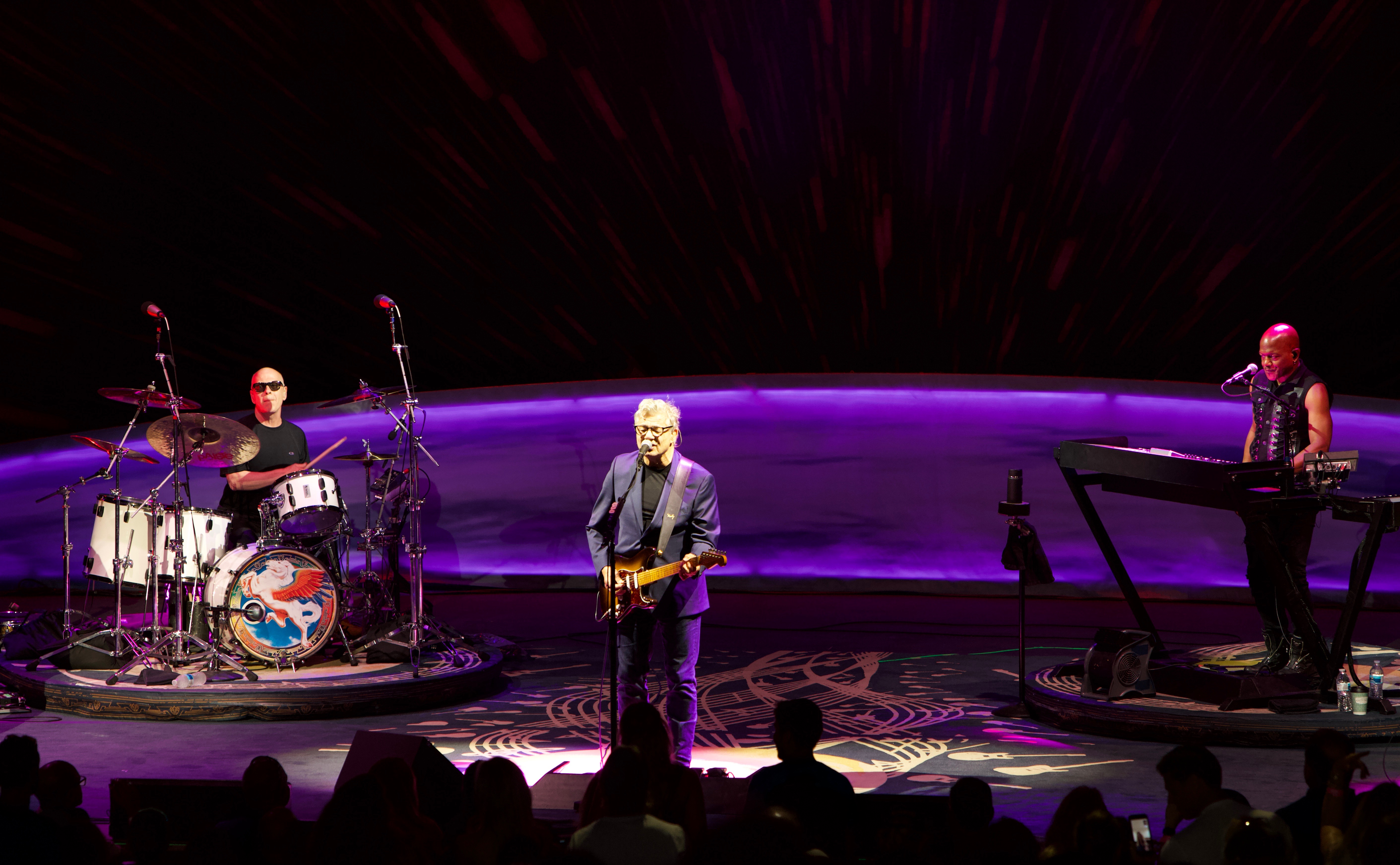 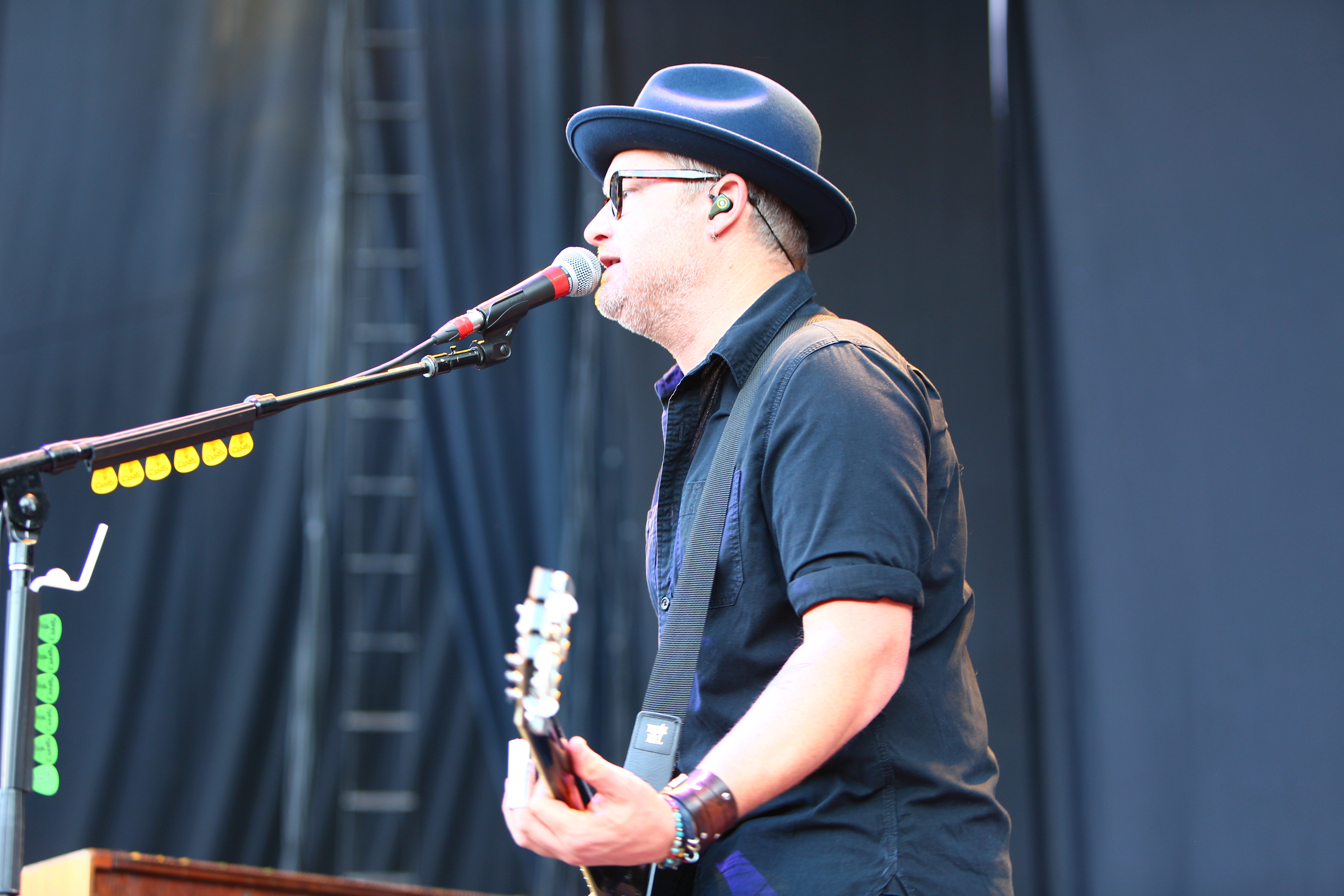 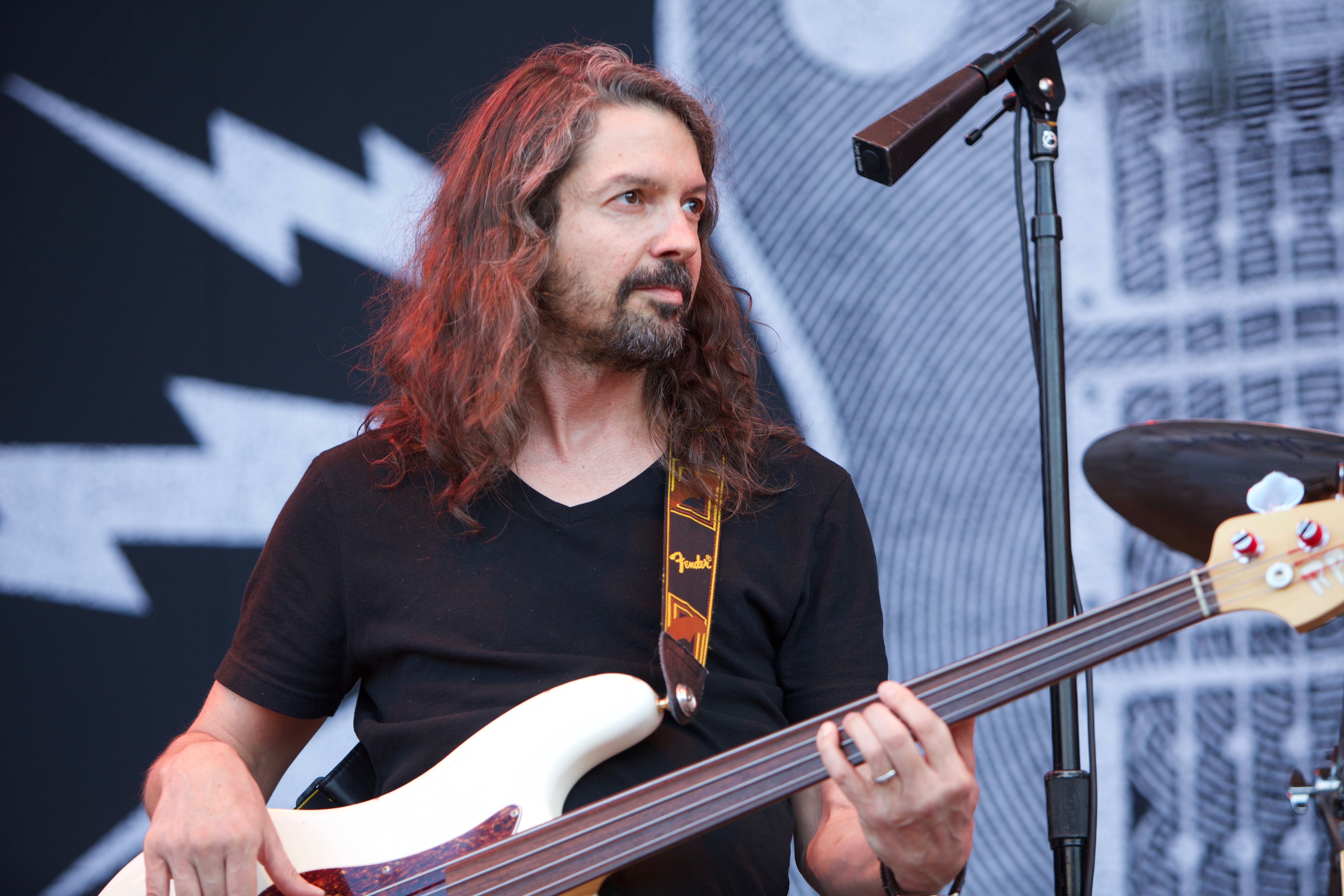 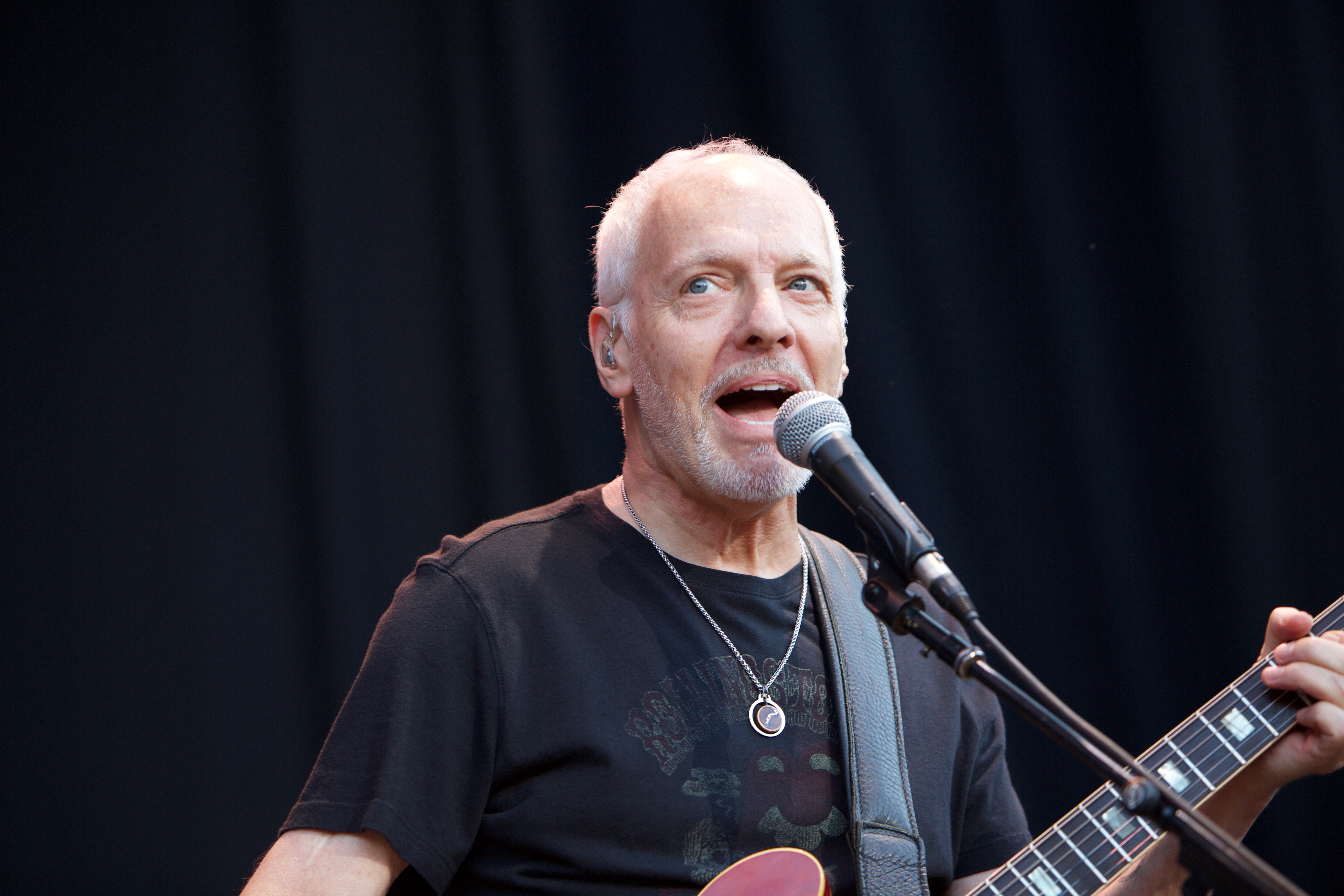 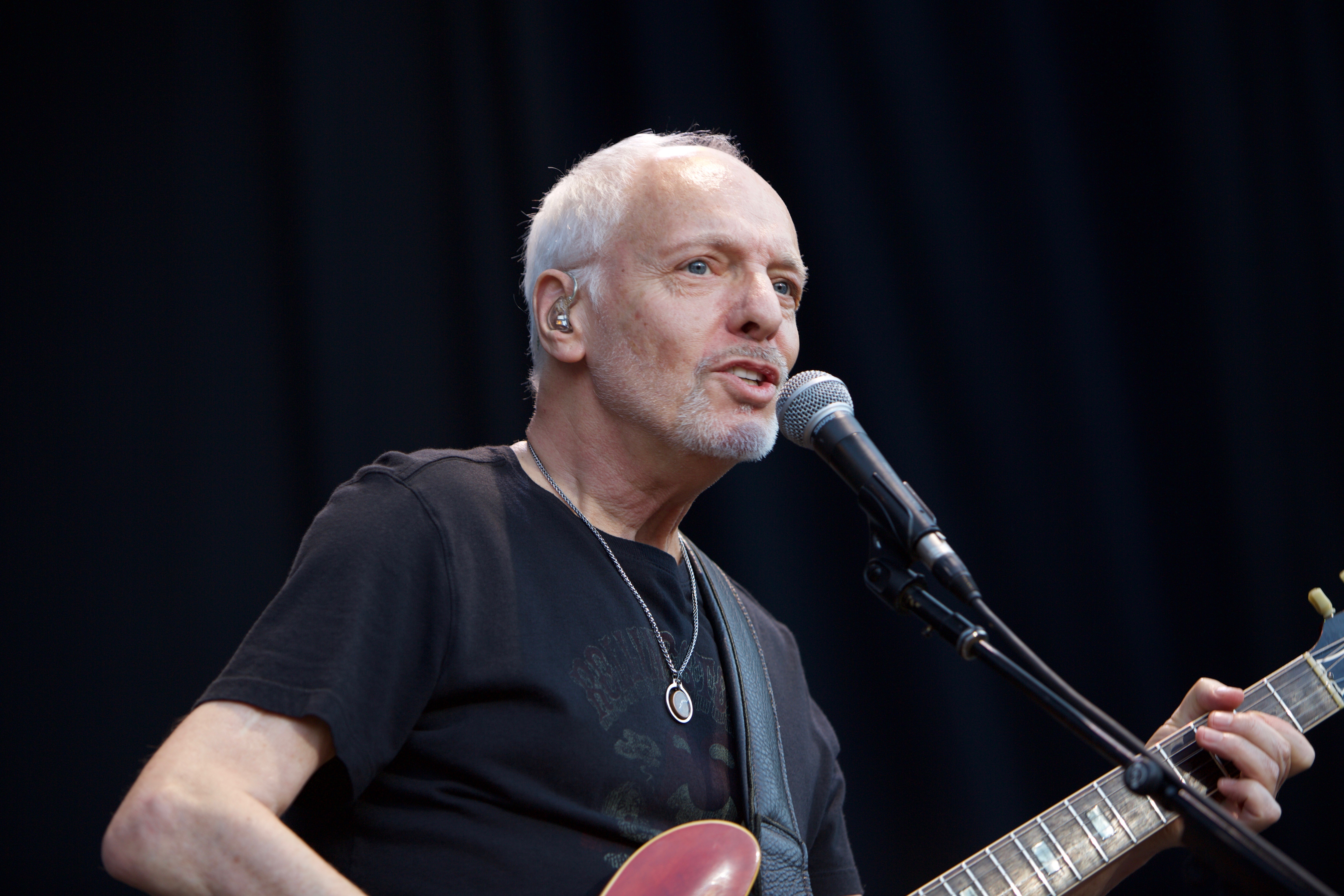 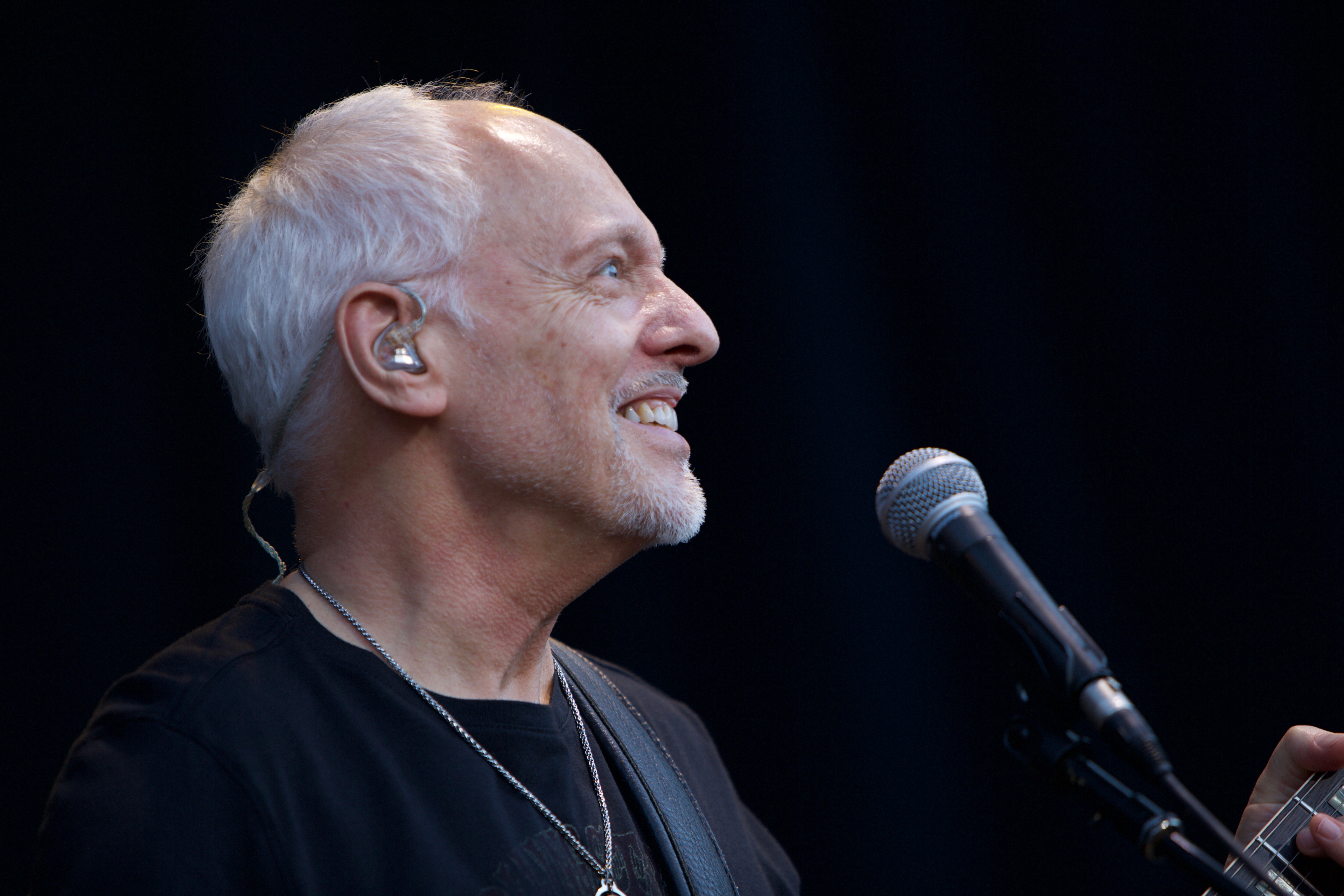 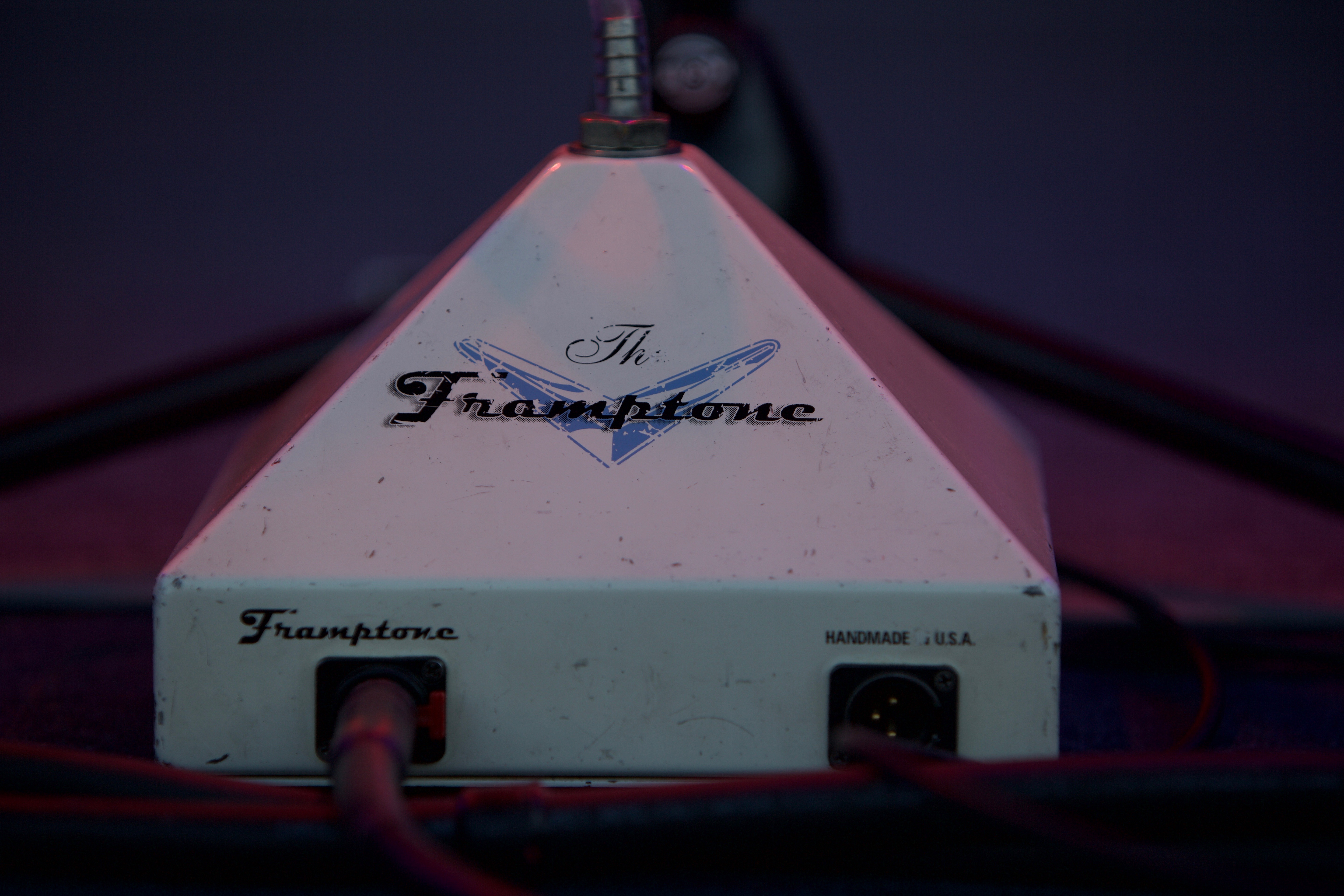 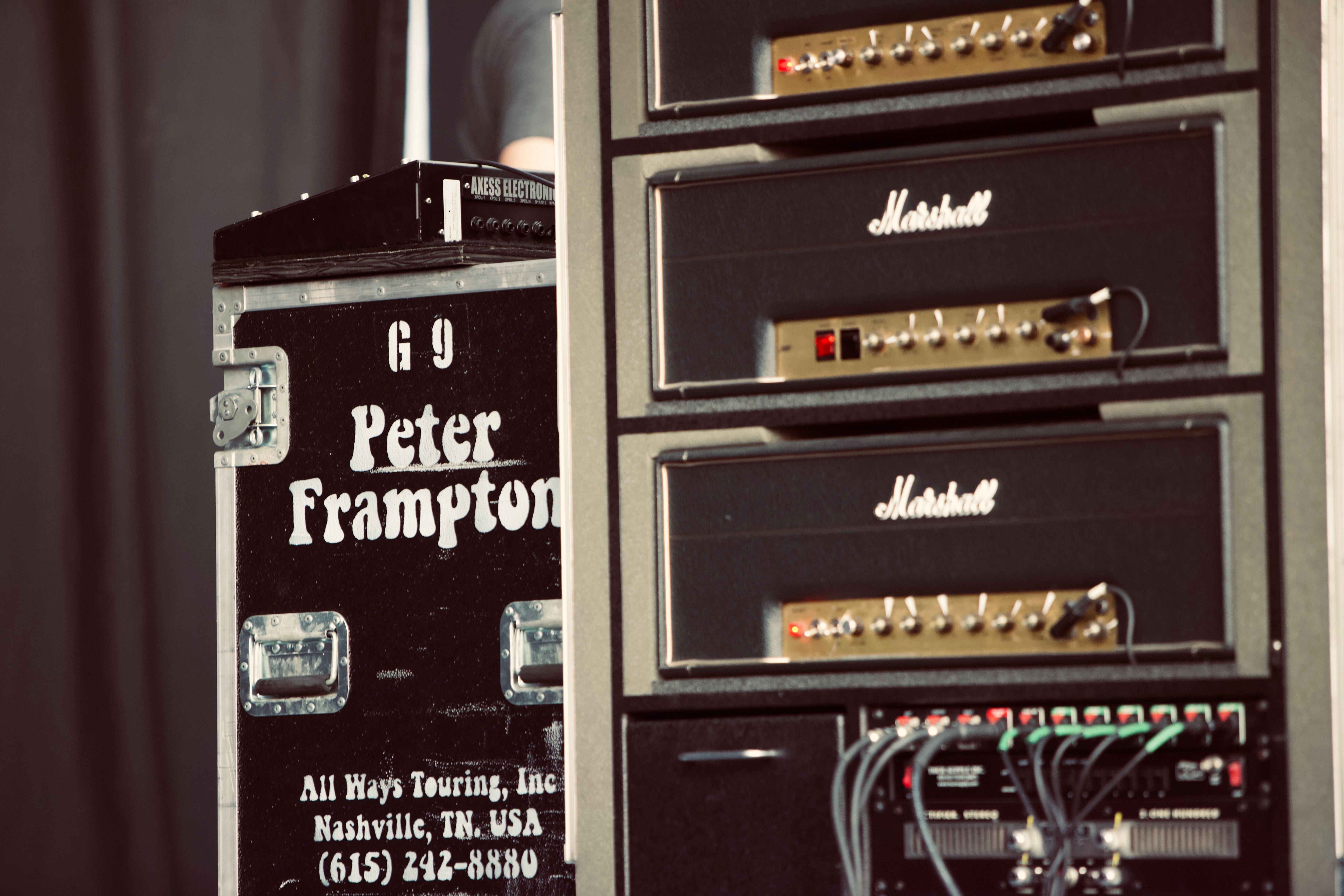