First on stage was Tommy Tutone.  He opened with Sylvia, a newer track that most folks in the audience were unfamiliar with.  He then went way back to 1980 with Angel Say No – a song only the most hard core Tutone fans would recognize.  Next up was a cover of Operator (That’s Not the Way It Feels) – which Tommy described as what it would sound like if “The Clash played Jim Croce”.  Finally, he belted out 867-5309/Jenny and the crowd went crazy.  He had the entire crowd singing along to the chorus.

Next on stage was Greg Kihn, who shared the same backing band as Tommy Tutone (which would turn out to be Rick Springfield’s band).  Greg sounded great and the crowd loved hearing (and singing along to) Jeopardy and The Breakup Song.  The energy level in the amphitheatre was really rising by the time Greg left the stage.

After a brief intermission while the stage was prepped, Loverboy took the stage.  As they started their first song, a fan sitting next to us said “I’m here for Loverboy – you won’t be disappointed.”  Man, was he right.  They cranked through a great set list, finishing up with Working for the Weekend and The Kid Is Hot Tonite.

Next up was the main attraction.  The reason the fast majority of the (mostly female) crowd was in attendance.  Rick Springfield.  Rick is a straight up, hard rock dude. Even the renditions of his classic pop songs sounded heavier when he played them live.  As expected he had about 8,000 screaming background singers in the audience.  Mixed in his lineup of hits were some new tracks that blew me away!  Little Demon and The Voodoo House from his album The Snake King were two of the best new rock songs I’ve heard in quite a while and I’m looking forward to exploring the rest of the track list.  The audience interaction was great. During Human Touch he strolled through the first ten or so rows shaking hands and giving hugs. For Don’t Talk to Strangers he passed his microphone among the crowd for people to sing along.  At one point, he took his shirt off (under the guise of putting on a new one) – and I thought a few of the ladies a few rows in front of us were going to faint.  To say that Rick Springfield still has it would be an understatement.

The Rock in the OC crew loves the 80’s and this show was no exception.  Special thanks to all the great people in the crowd! 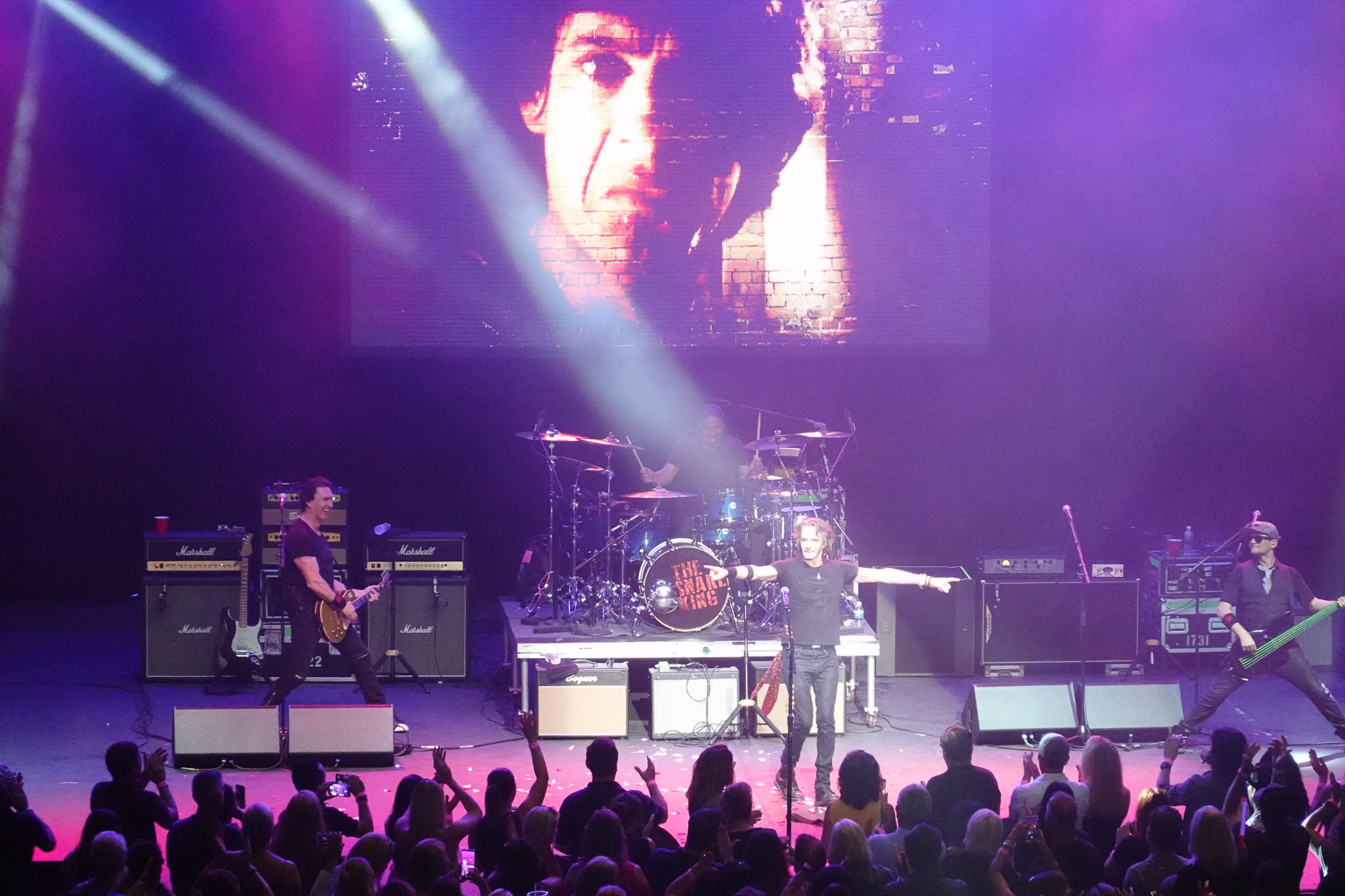 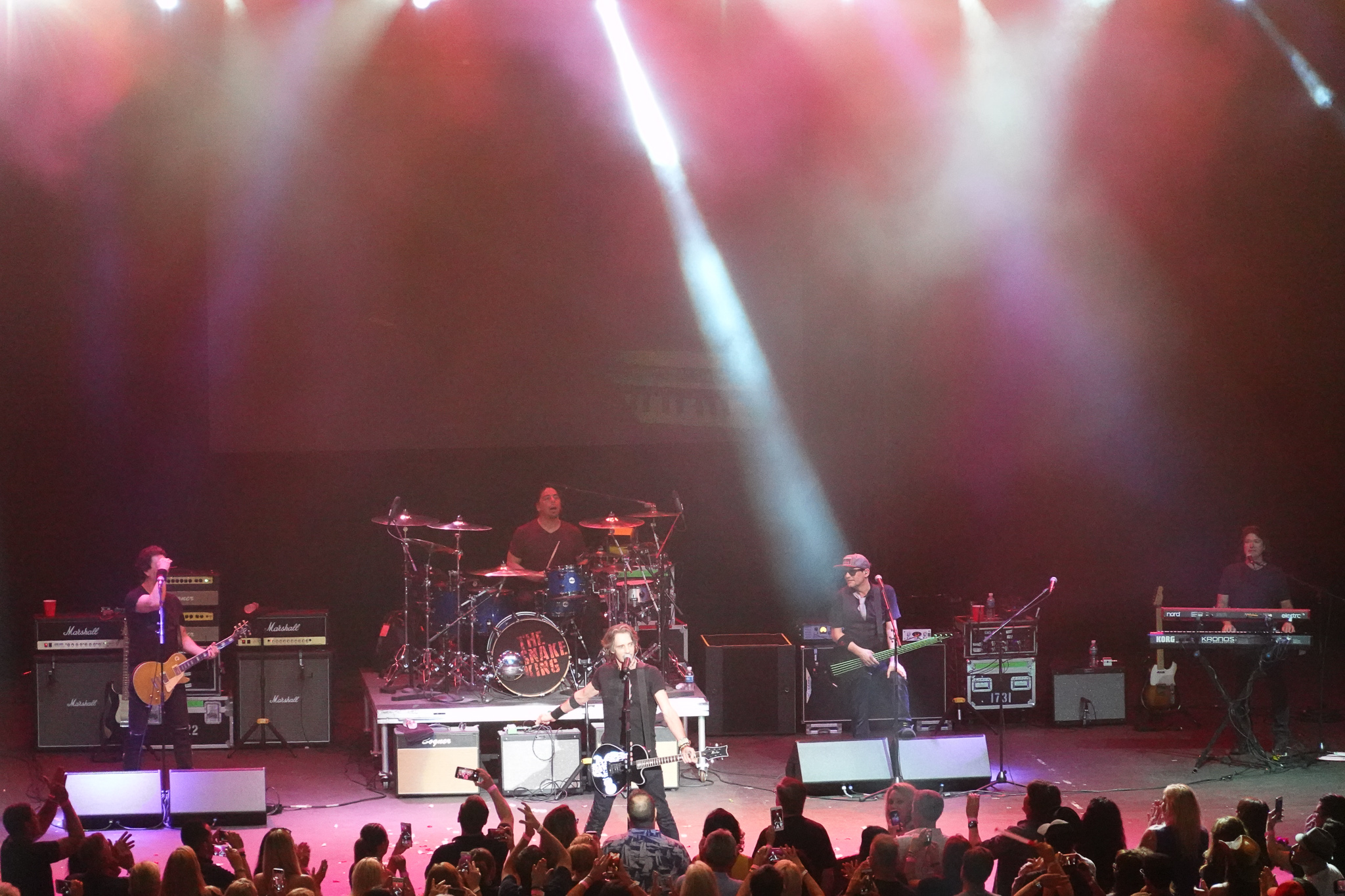 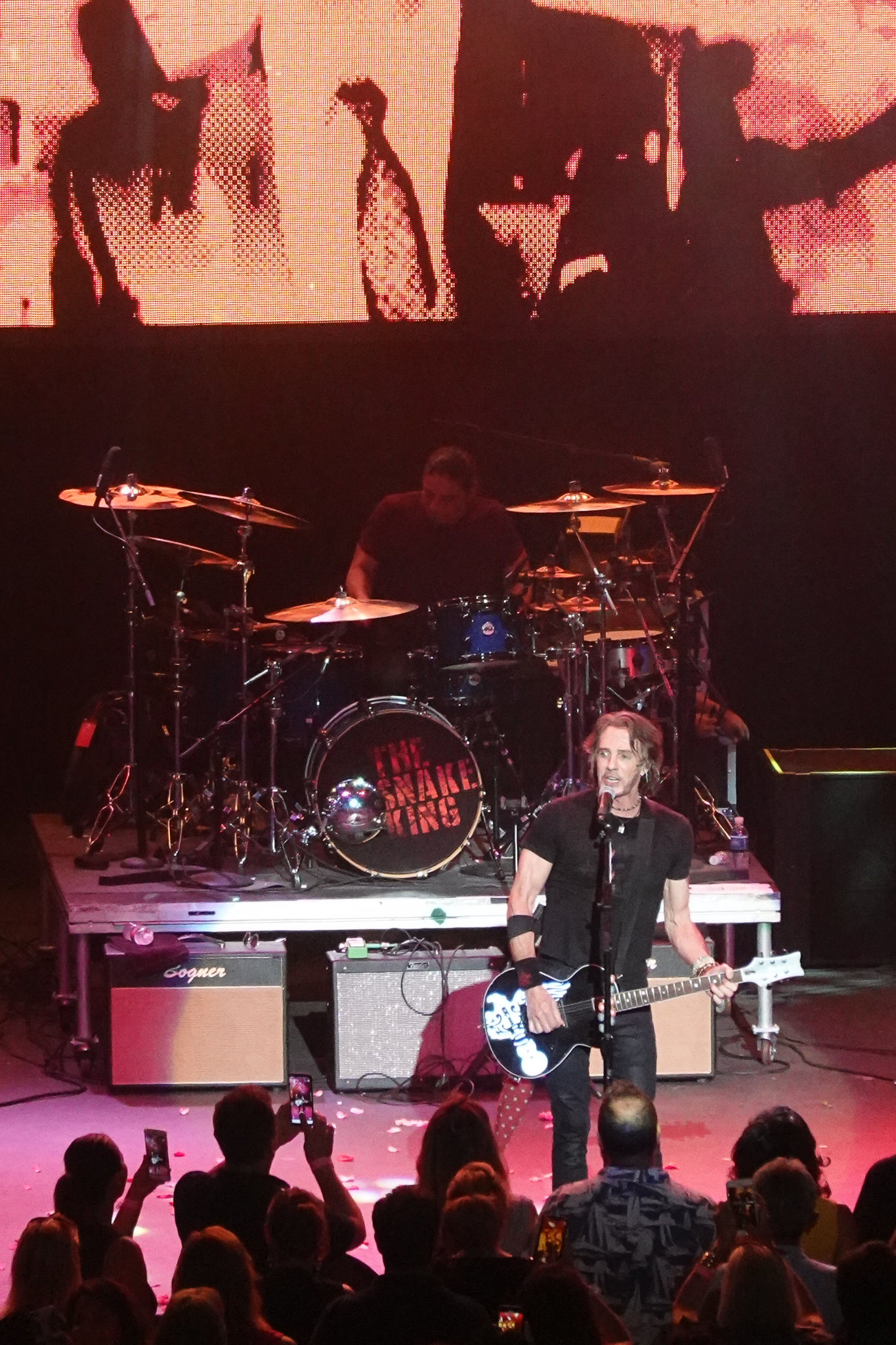 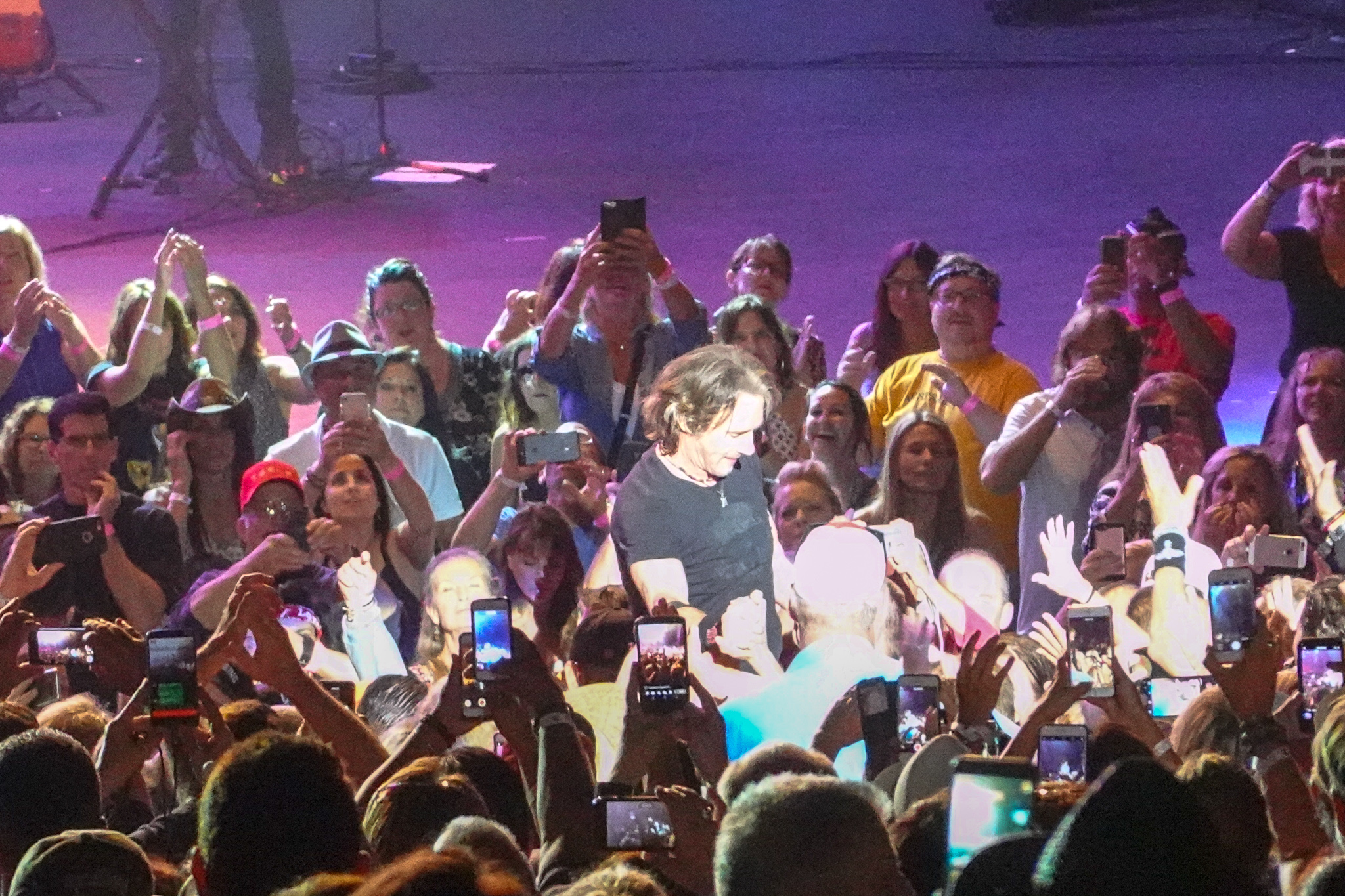 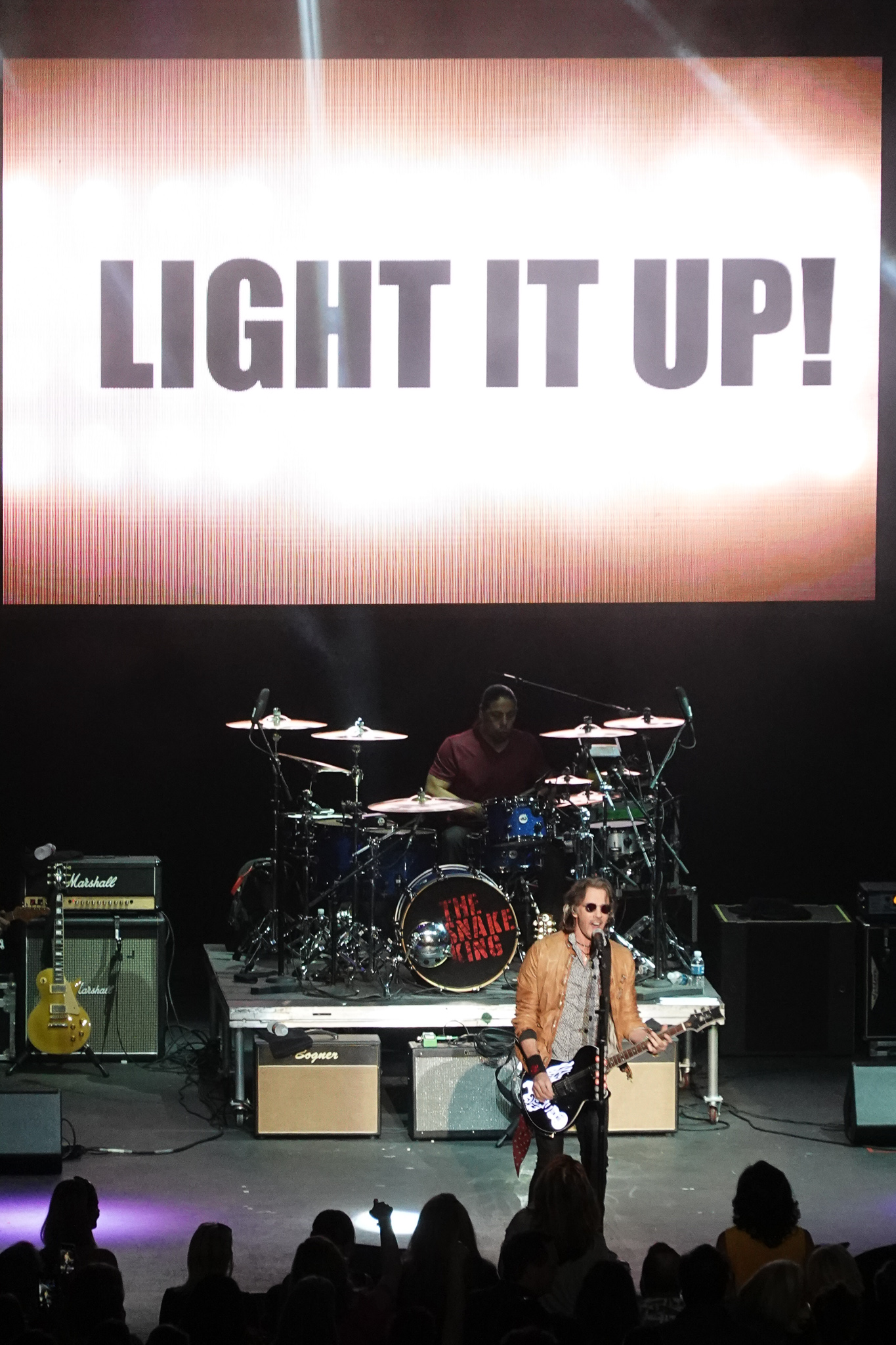 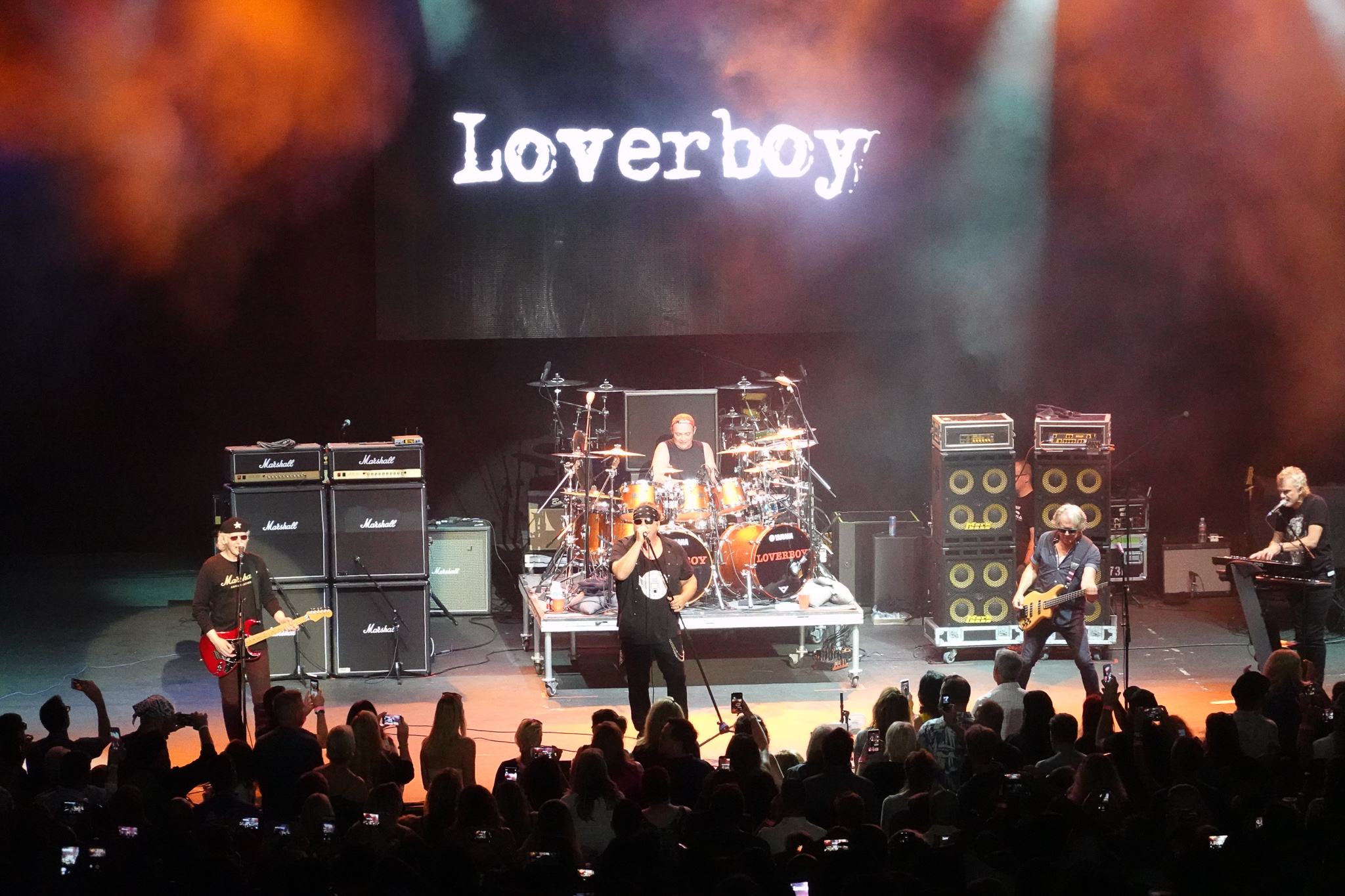