Ratt, Tom Keifer, and Lynch Mob at the Pacific Amphitheatre

Ratt, Tom Keifer, and Lynch Mob at the Pacific Amphitheatre

The Pacific Amphitheatre (Orange County Fair) has a ton of rock this summer. The Rock in the OC crew has an overflowing dance card at this place and we’re ready! If you’ve never been, the venue seats about 8,000 people and has excellent sound – though some claim the City of Costa Mesa is a little strict on the volume levels. That being said, the sound crew are true professionals and do a perfect job of making the most of every decibel in their budget. The shows are still loud enough for this vintage rock fan to sport his neon ear-plugs. This is one of our favorite places to see concerts – the crowd and staff are all friendly and the vibe is just plain cool. Pro-tip: stop by and say hi to ushers Linda and Danielle. They can usually be found near the mixing board helping folks find their way. Tell ’em the guys at Rock in the OC sent ya.

George Lynch – what can I say – as a wannabe guitar hero myself, no further qualification is required. This man for me defined the 80’s metal guitar sound and continues to inspire guitarists everywhere. To add to George’s shredding, Nathan Utz belted out some amazing vocals. The band rocked some of their more popular tunes and reached into the deeper side of Dokken catalog for When Heaven Comes Down. Wicked Sensation rounded out the set list, which although on the short side, had our crew searching for any Lynch Mob headlining shows in the near future. We’ll keep you posted!

As we’ve mentioned before, Tom Keifer is proudly and permanently affixed to our “always goin'” list. This cat gives 100% at every show he does. The setlist is replete with nostalgic Cinderella hits and his band is top notch. It’s important to note that these are not just a bunch of hired guns thrown together for a few shows. This is Tom’s full-time band and you can feel it. Tony Higbee shares guitar detail with Tom and does his job really well. Jarred Pope and Billy Mercer put down the drums and bass setting a rock solid foundation. Backup vocals are handled by Tom’s wife Savannah Keifer and Kendra Chantelle (whose tambourine playing and hair flipping is mildly hypnotic). These two really round out the sound of this band. Savannah does a fantastic duet with Tom on Don’t Know What You Got (Till It’s Gone). Those signature vocals and his filthy, bluesy guitar riffs were on fine display. Bottom line? Go see Tom and his band play if they’re anywhere near you!

There was a bit of controversy in the lead-up to this show. The rumor mill was working overtime speculating on who was actually going to be performing with Ratt, and their website was in radio-silence mode. In the weeks before the show, it was announced that Warren DeMartini and Carlos Cavazo were leaving the band. So who would be playing guitar? It turned out to be Jordan Ziff (lead) and Chris Sanders (rhythm). I’m a forever fan of Ratt’s original six string slinger but make no mistake; this was Ratt and Ratt rocked. Stephen’s signature voice cut through with all the presence and attitude you remember from days past. Juan Croucier belted out the harmonies and even tossed in a few of those famous bass guitar gyro-moves we all remember. But did Jordan Ziff play the original guitar parts well? Hell and Yes he did. The guitar tone was spot on and the playing was on-point. The guys played an awesome set that had the crowd up and rocking. If you pass on Ratt because not every original member is present, you’re missing out. 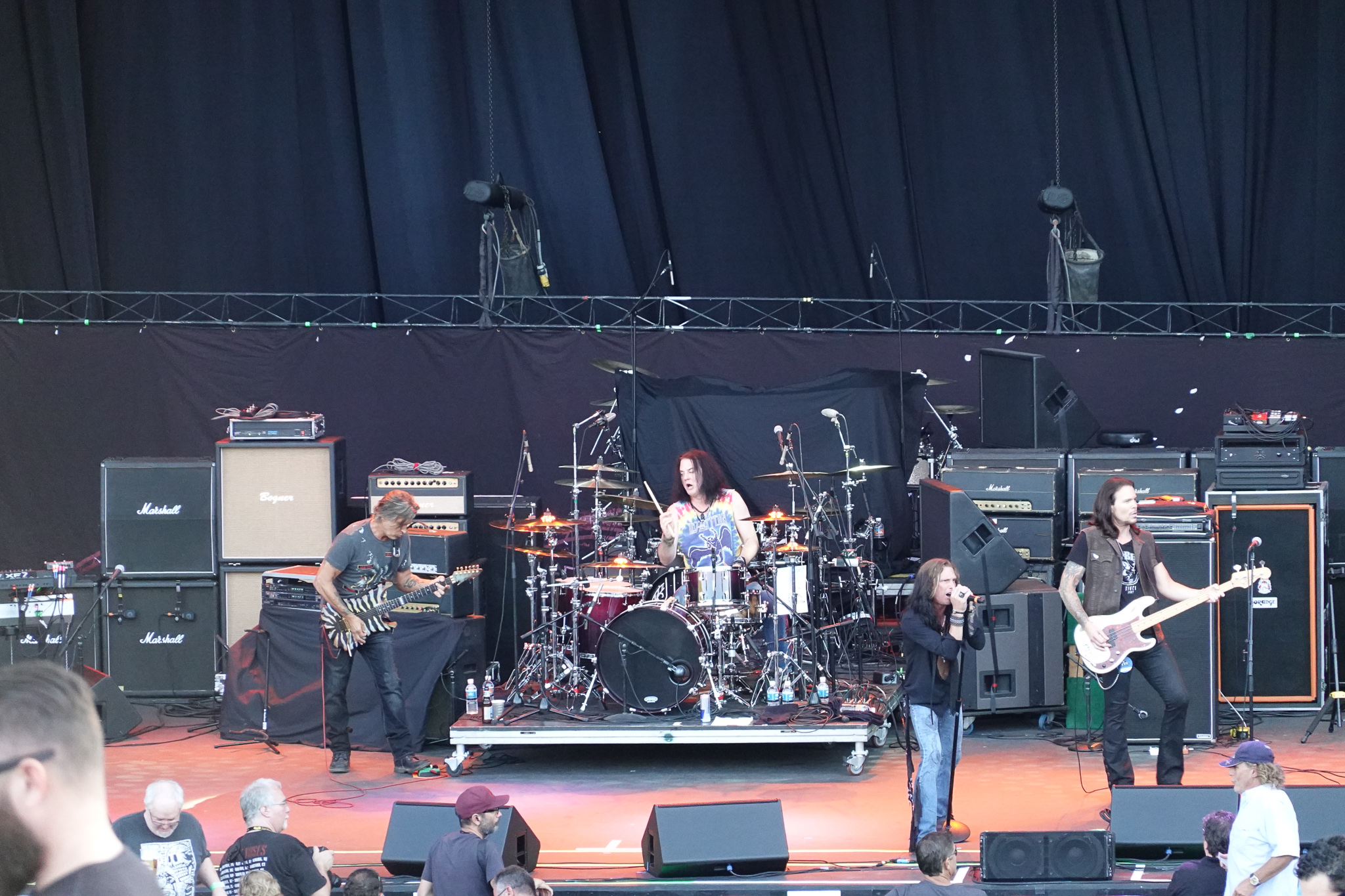 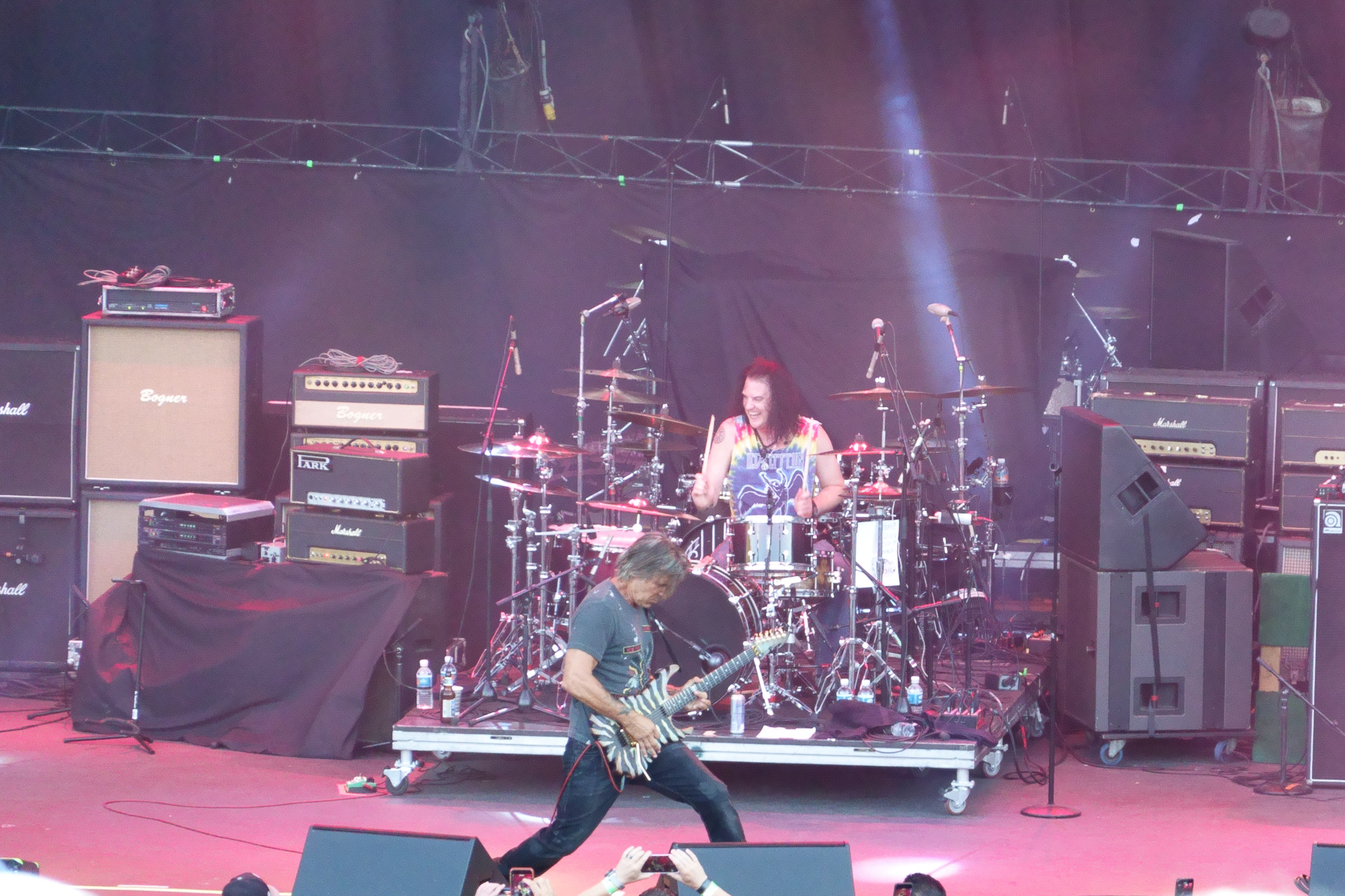 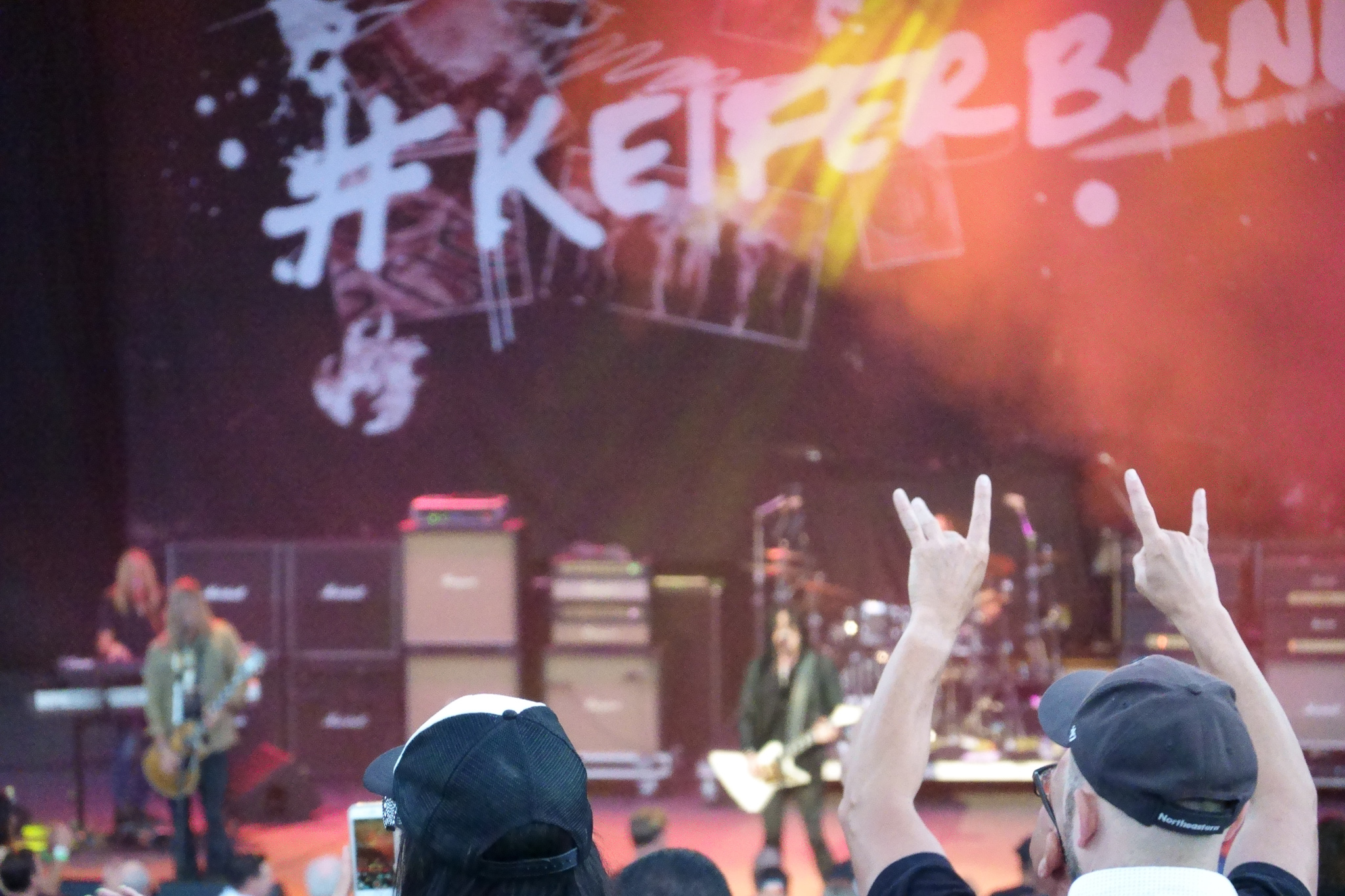 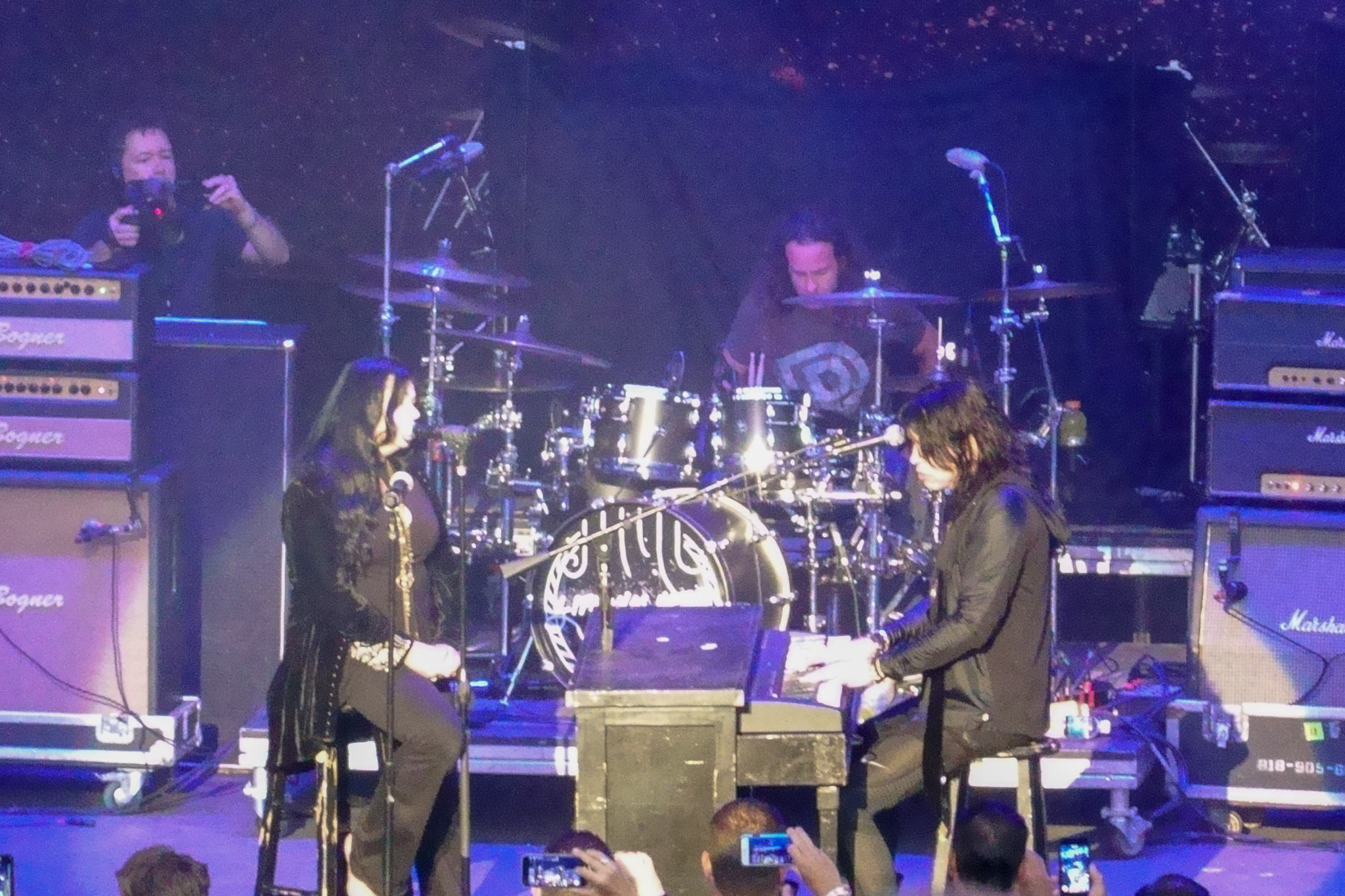 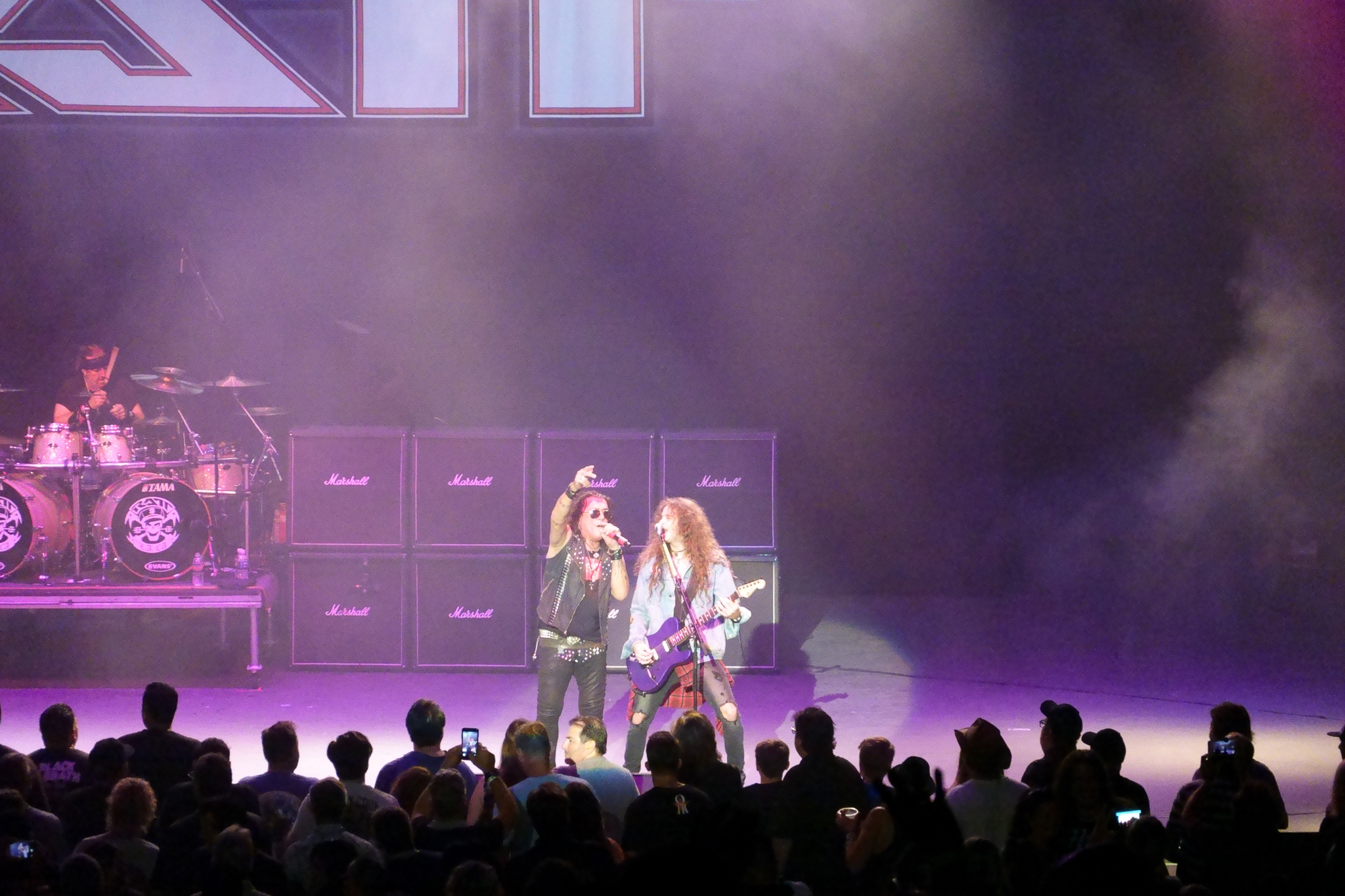 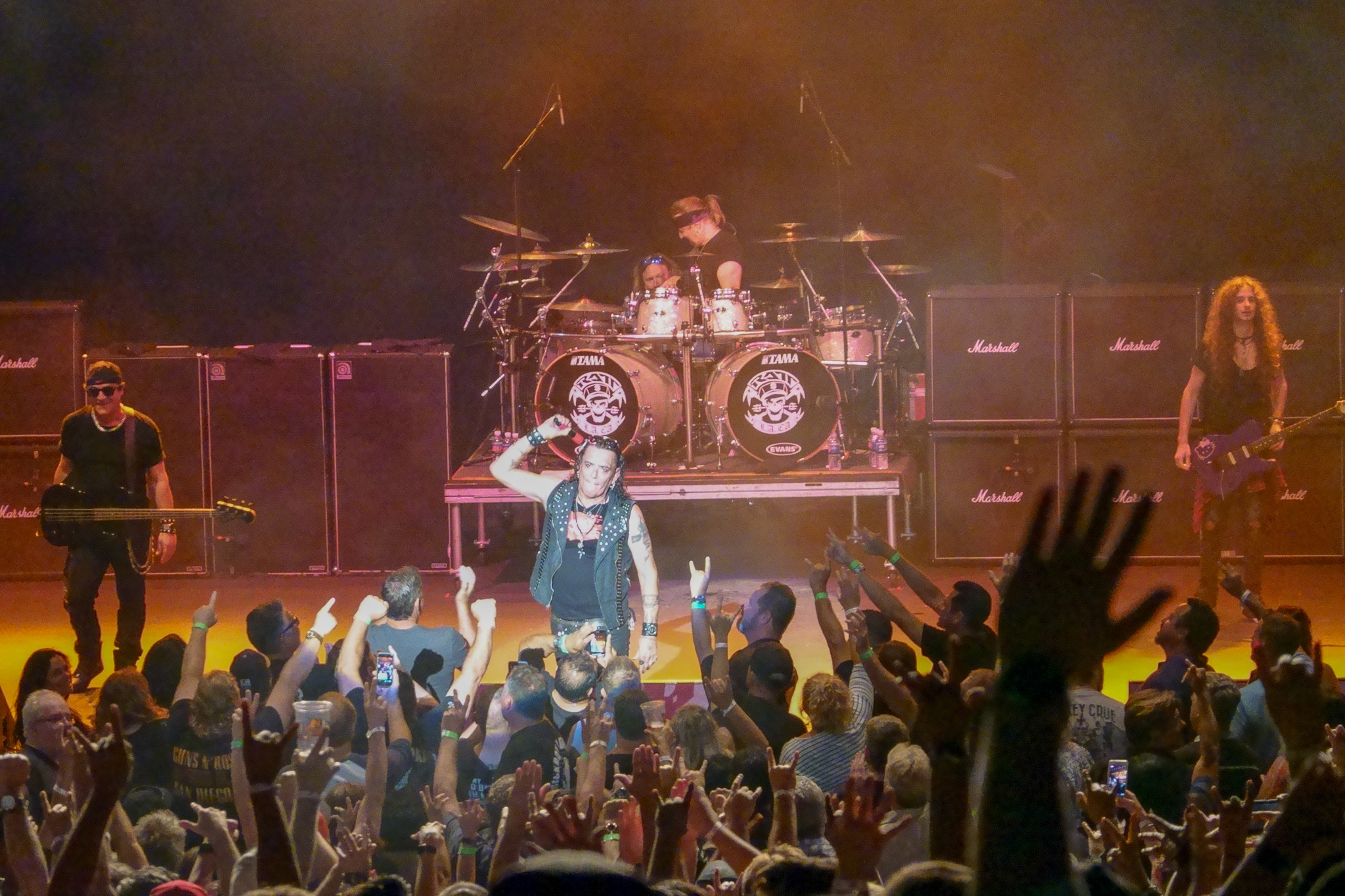 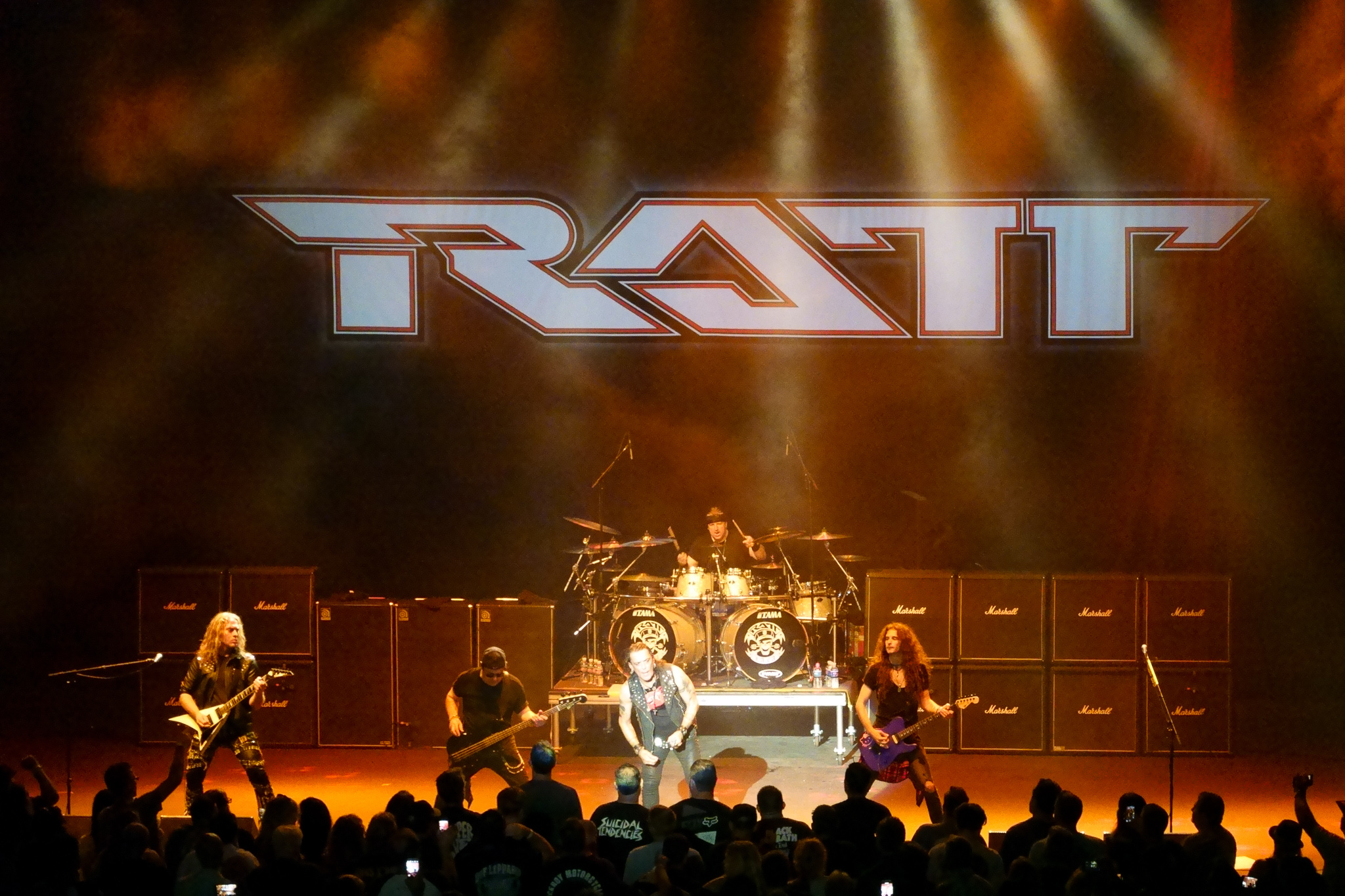 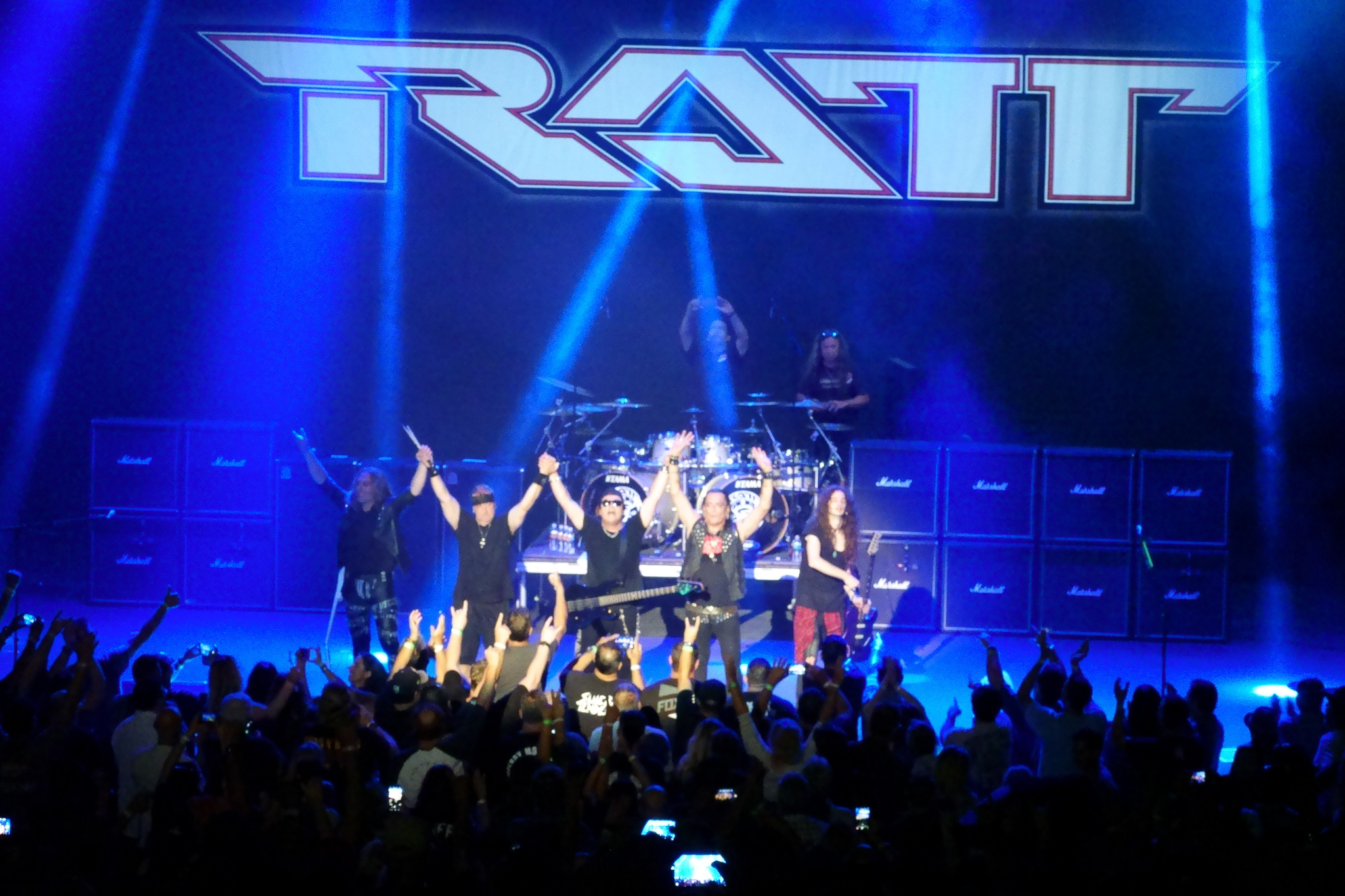