The Bangles at Arroyo Seco Weekend

The Bangles at Arroyo Seco Weekend

I last saw The Bangles in concert back in 1989 as part of their Everything tour.  It was Labor Day weekend – the last few days of summer before I started my senior year of high school.  The Bangles were playing at Great America – a theme park in Santa Clara a few hours from where I grew up.  One of my buddies1 and I bought the best seats we could afford (which basically meant waaaay in the back), borrowed his Mom’s van, and fought the holiday traffic to catch the concert.  Boy am I glad we did – not because The Bangles put on excellent show2 (they did), but because a few weeks later they announced that the band was splitting up.  Needless to say, I was beyond bummed. I spent the next several years wearing out my tour t-shirt and thinking I had seen their last concert.  Thankfully, I was wrong.

Fast forward to a few weeks ago when we were expanding the concert listing for this site beyond venues in Orange County.  As I was entering the details for Arroyo Seco Weekend in Pasadena, I was stopped dead in my tracks.  The Bangles were playing on day two (Sunday)!  I knew they were still playing a few shows now and then – I had missed them when they were in Anaheim earlier this year as I was out of town.  I wasn’t about to let that happen a second time, so I made a quick call to fellow Rock in the OC founding member Steve, which went something like this:

So, with that settled – we looked to grab some tickets.  As luck would have it, the awesome guys over at KX 93.5 were able to score us some weekend passes.  All we had to do next was patiently wait for Sunday.

On the day of the concert, we arrived at Arroyo Seco at around 1pm.  The Bangles weren’t scheduled to go on until 3:25, so we had some time to take in the sights and sounds.   We grabbed a quick bite and surveyed our options to hear some other bands.  Violent Femmes were playing on another stage at 2:55, but there was no way we were going to risk rushing over and being in the back of the crowd for The Bangles, so we headed to their stage to catch The Revolution at 2:10.  Once The Revolution finished their set, we squeezed our way up to the front – we ended up one row back from the rail, directly in front of Vicki.

The Bangles (Vicki, Debbi, Susanna, and Annette3) came on stage right at 3:25 and opened with their rocking cover of Simon & Garfunkel’s Hazy Shade of Winter.  Right away, it appeared that Susanna was having issues with her earpiece as she motioned off stage several times.  It couldn’t have been too big of a problem for her, as she and the band sounded fantastic throughout the song.  Vicki was perfect on the song’s iconic riff, and Susanna played a mean rhythm on her signature Rickenbacker 350SH guitar.

Next up Debbi was on lead vocals for Live – a track off their debut album All Over the Place. After that it was the Prince penned Manic Monday, one of my personal favorites.

Debbi took us way back with the next song, I’m in Line, which was a track off their original self-titled EP. That was followed by the Katrina and the Waves cover Going Down to Liverpool.  We saw Katrina (minus The Waves) at Retro Futura last year – and while she sang it well, there is nothing that compares to The Bangles version.  Susanna then belted out If She Knew What She Wants – a song that features some great harmonies from Vicki and Debbi.  That was followed by September Gurls which was fantastic but reminded me of Micki’s missing vocals. Two more tracks from the original EP were next – Want You and Mary Street.

At some point during the previous few songs, Amanda Podany4 made a surprise appearance to step in and play bass.  Amanda was the original bassist for Debbi and Vicki – before the band would morph into The Supersonic Bangs, and then The Bangs, and then The Bangles.  Not only did she lay down a great bass line, she did so on her birthday!

With Annette back on bass, the band kicked it into overdrive with In Your Room and Hero Takes a Fall.  At this point, everyone in the crowd was dancing and having a fantastic time – especially the shirtless guy standing next to us who was head banging as if it was a Slayer concert.

Debbi then stepped out from behind her drum kit and grabbed an acoustic guitar.  The crowd all knew what was next – Eternal Flame.  More great Susanna lead vocals with outstanding harmonies from Debbi and Vicki.  A fantastic performance of a fantastic song.

To close it out, Debbi stayed up front for Walk Like an Egyptian.  With everyone in the crowd singing along, Vicki rocked the first verse with Debbi taking over Micki’s second verse.  Vicki and Susanna then jammed the guitar solo, culminating with the band singing the “whistle part”.  Susanna then finished the show out with the song’s final verse.

Vicki, Debbi, Susanna, and Annette lined up to take a bow – but quickly realized they wanted Amanda back on stage too.  She walked out to join them, as all five members took one last bow in front of the crowd.  At this point I turned around to take a look at the sea of people stretching back and overflowing in all directions.  Everywhere you looked people were cheering and smiling – it was obvious that the fans had gotten exactly what they came for.

As the crowd started to dwindle, Steve and I exchanged a few “dude, that was awesome” comments.  I was left with a few thoughts.  First, I wished Annette would wander up to the front of the stage – I realize she doesn’t contribute any lead vocals – but she rocks and needs to come forward so her fans can see her.  Second, I wanted to hear more – and I was slightly bummed that The Bangles didn’t have any concerts scheduled.  But you know what?  I got over that pretty quickly because…

The Bangles are playing a free concert in downtown Los Angeles on July 14th!  You know we’ll be there, and if you missed them at Arroyo Seco I highly recommend you grab a ticket (it is free, but you still need admission to guarantee entry into the show).  I hope to see you all there…

1 A shout out to Matt, just in case he happens to read this.
2 The set list from that show. Isn’t the Internet amazing?
3 For those not familiar with Annette, she was the original bassist for The Bangles during the recording of their first EP.  She left the band before they reached mainstream success to front the band Blood on the Saddle.
4 Amanda is a history professor.  I hope she begins each new class with a photo of herself on stage.  If not, she is welcome to use the one below.  😉 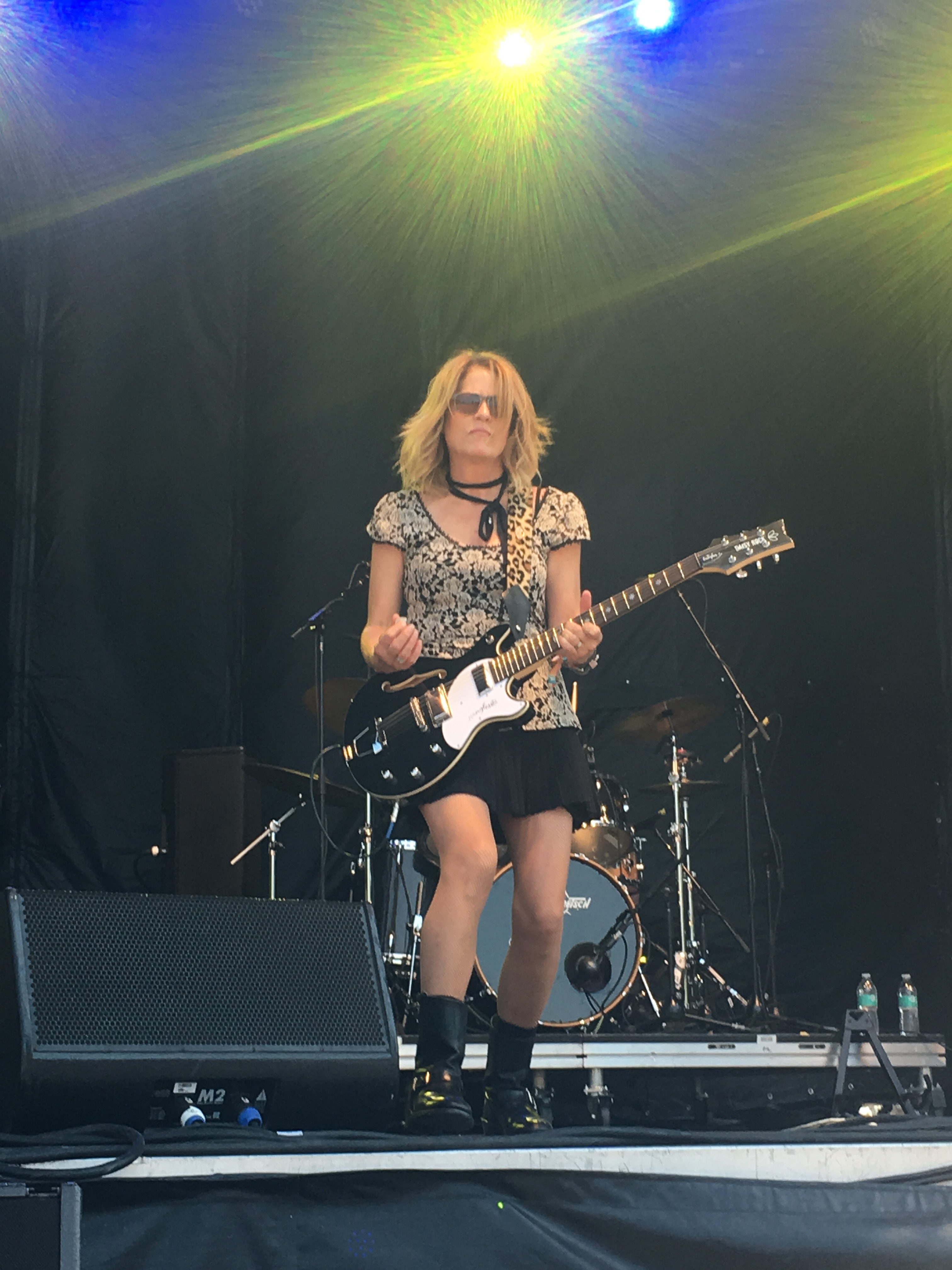 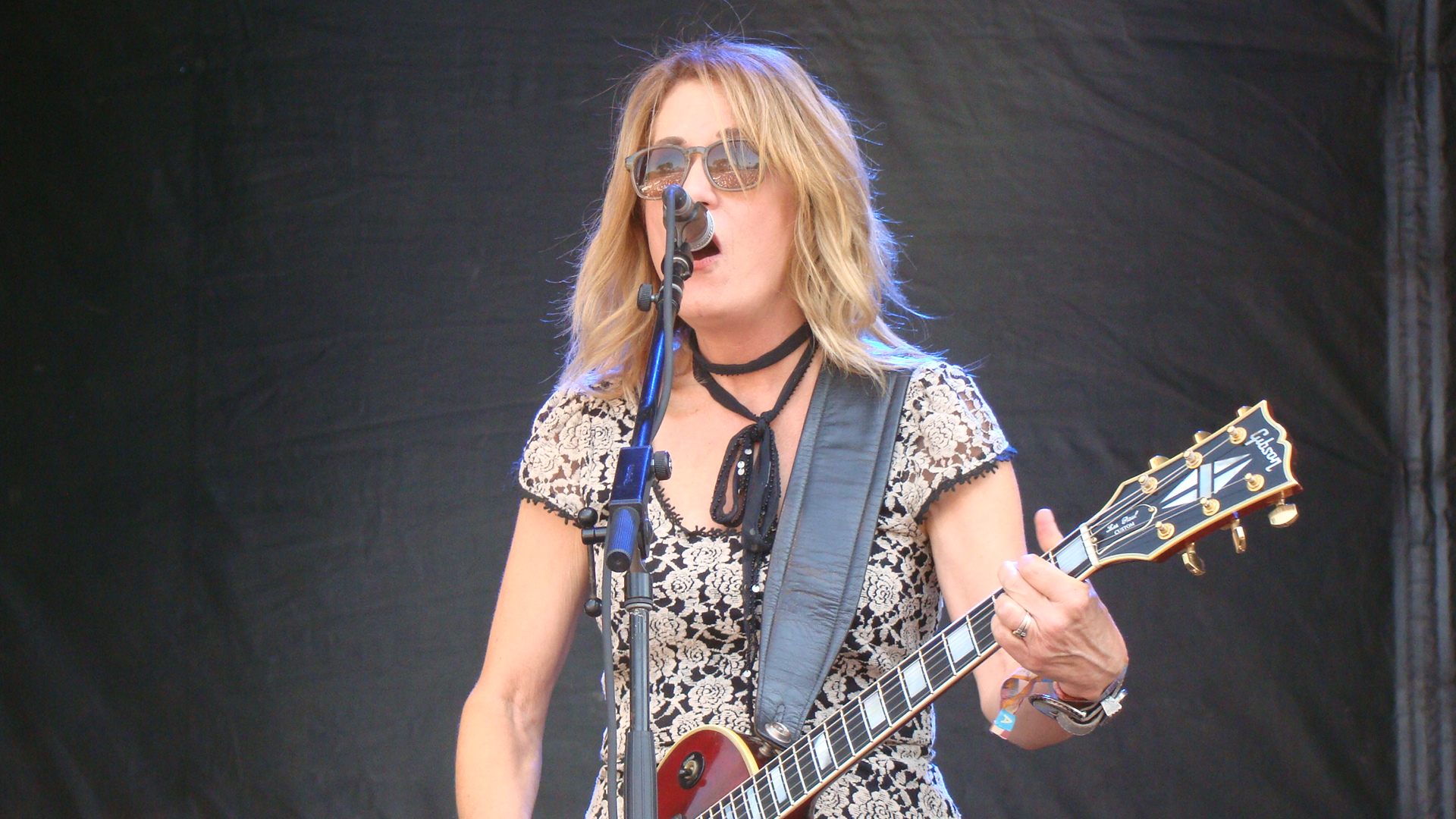 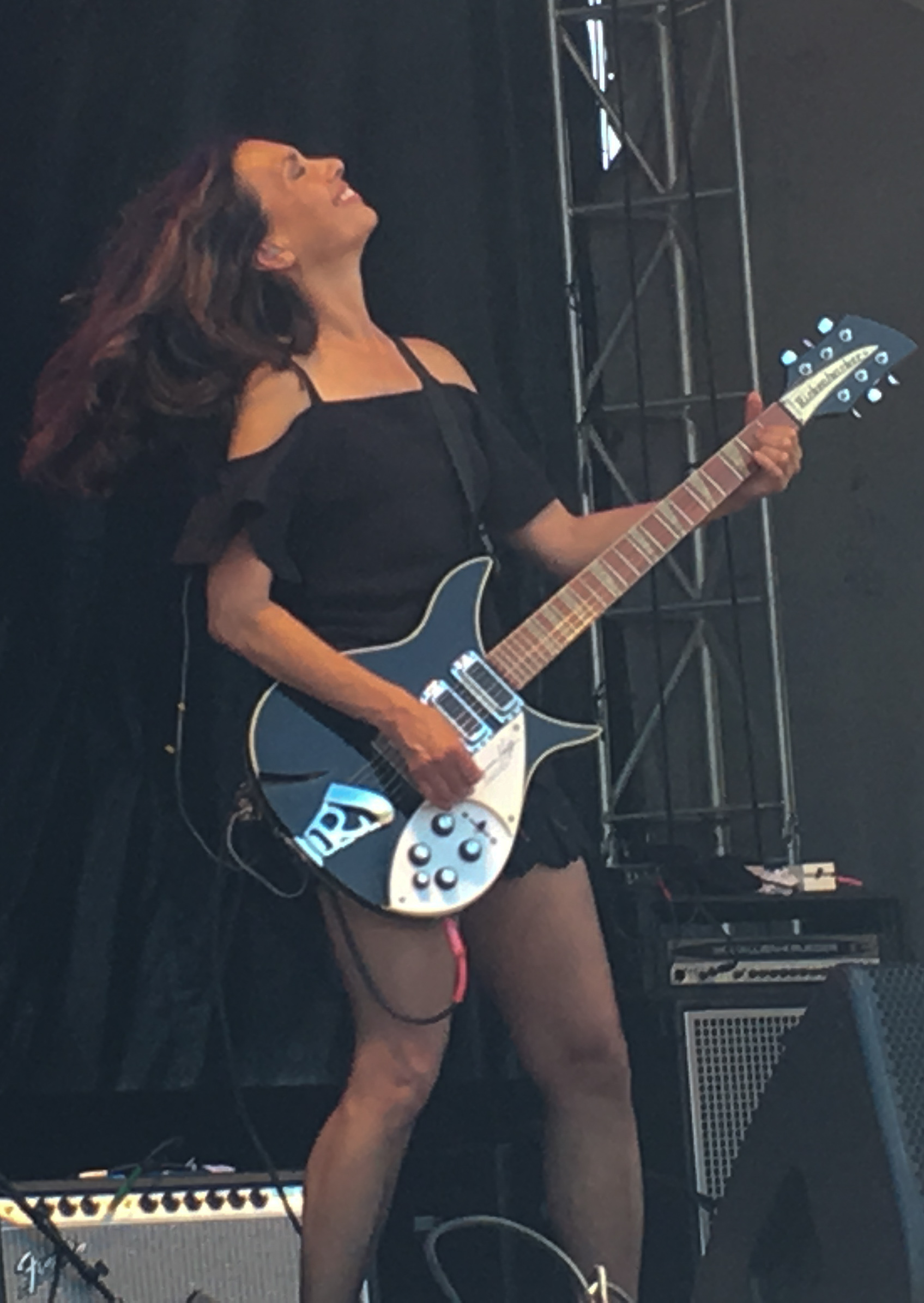 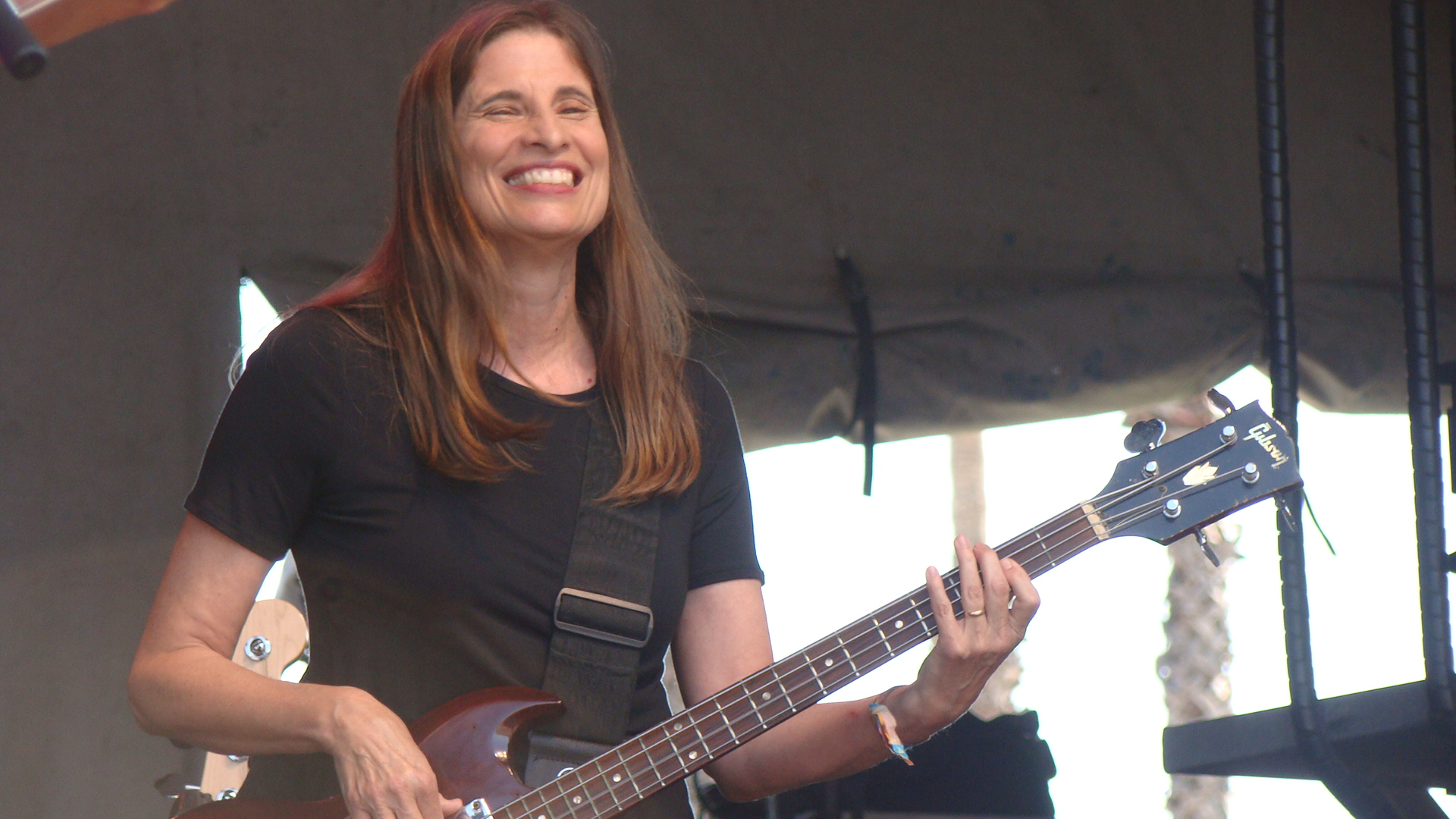 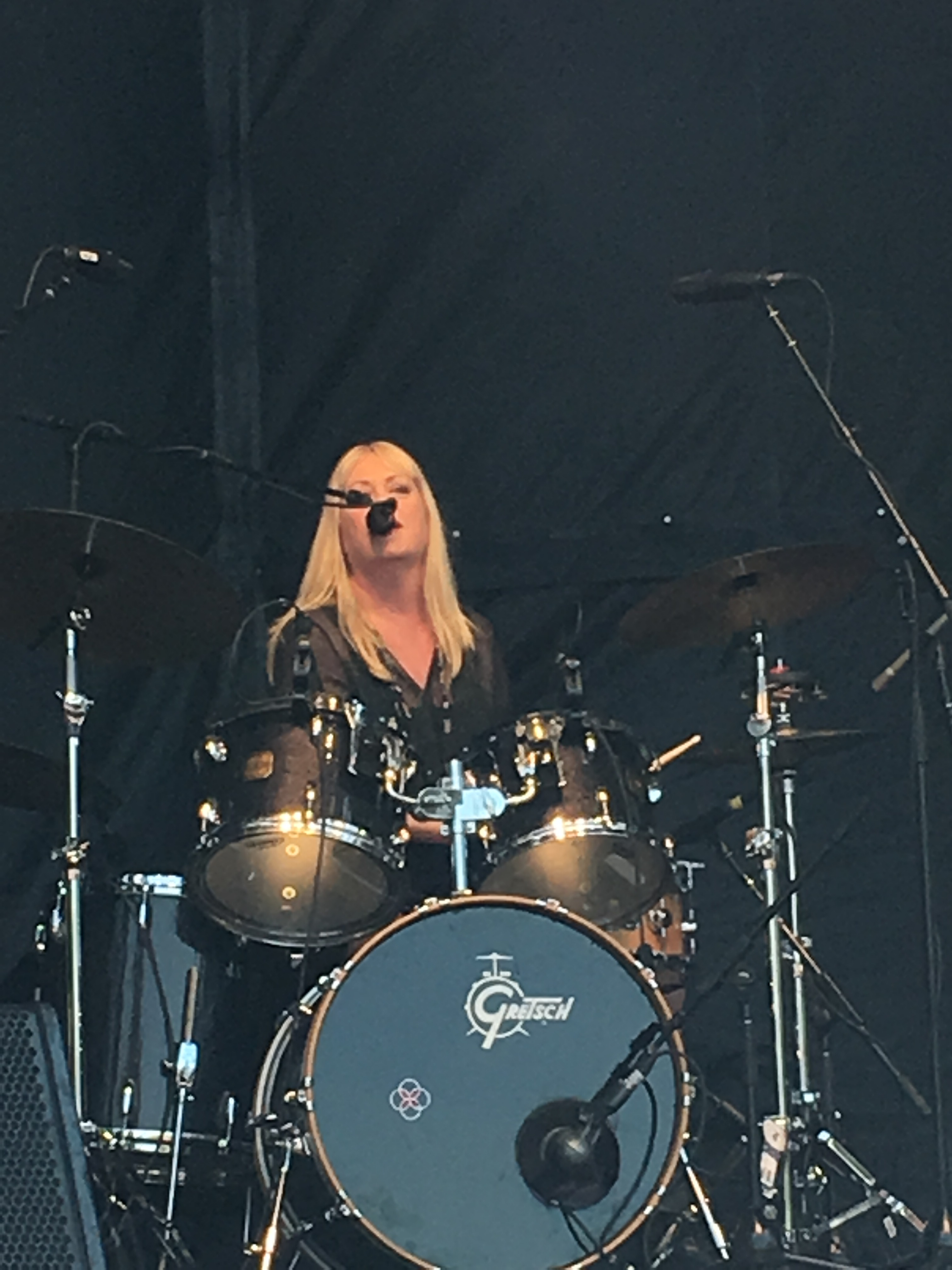 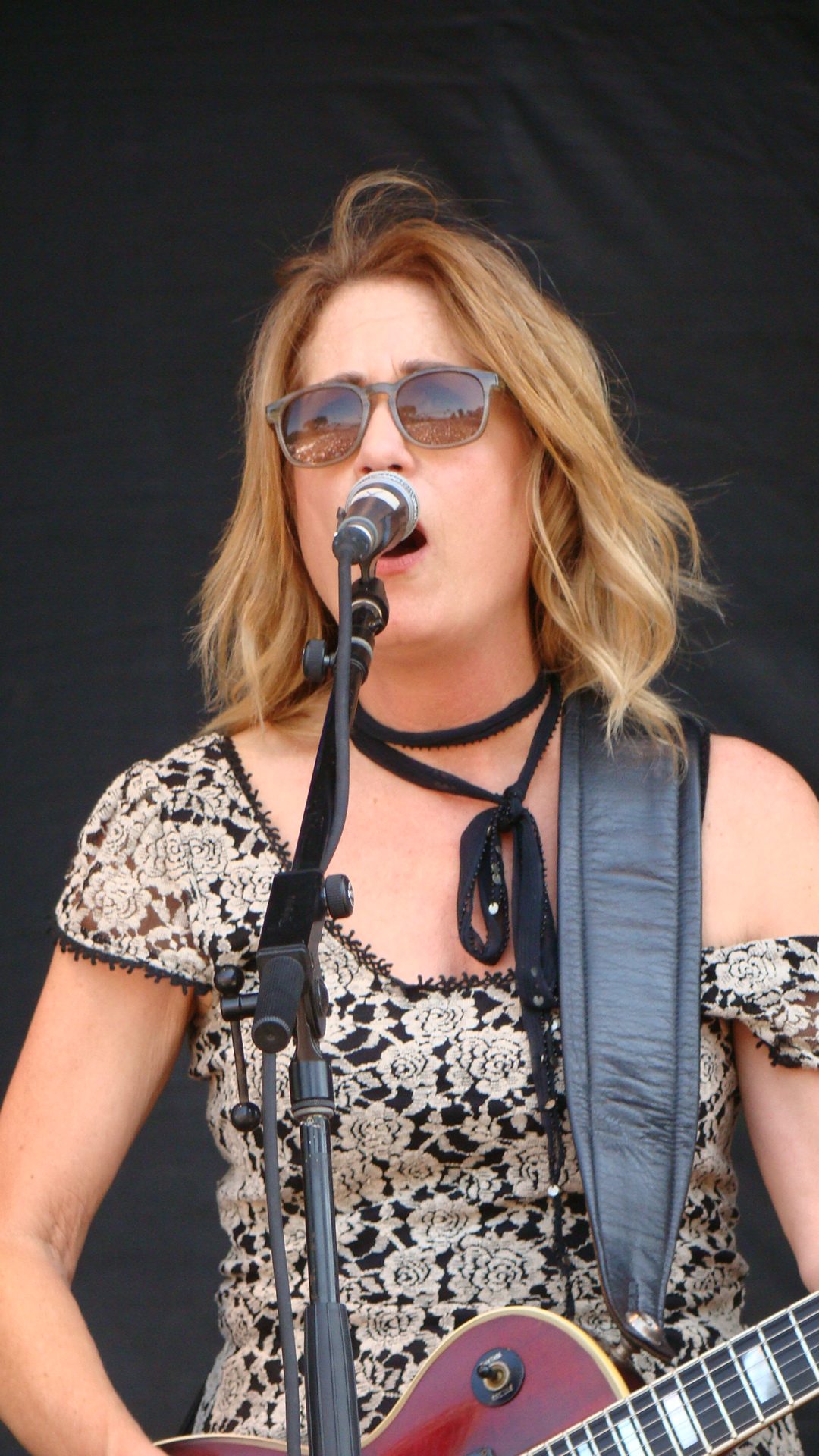 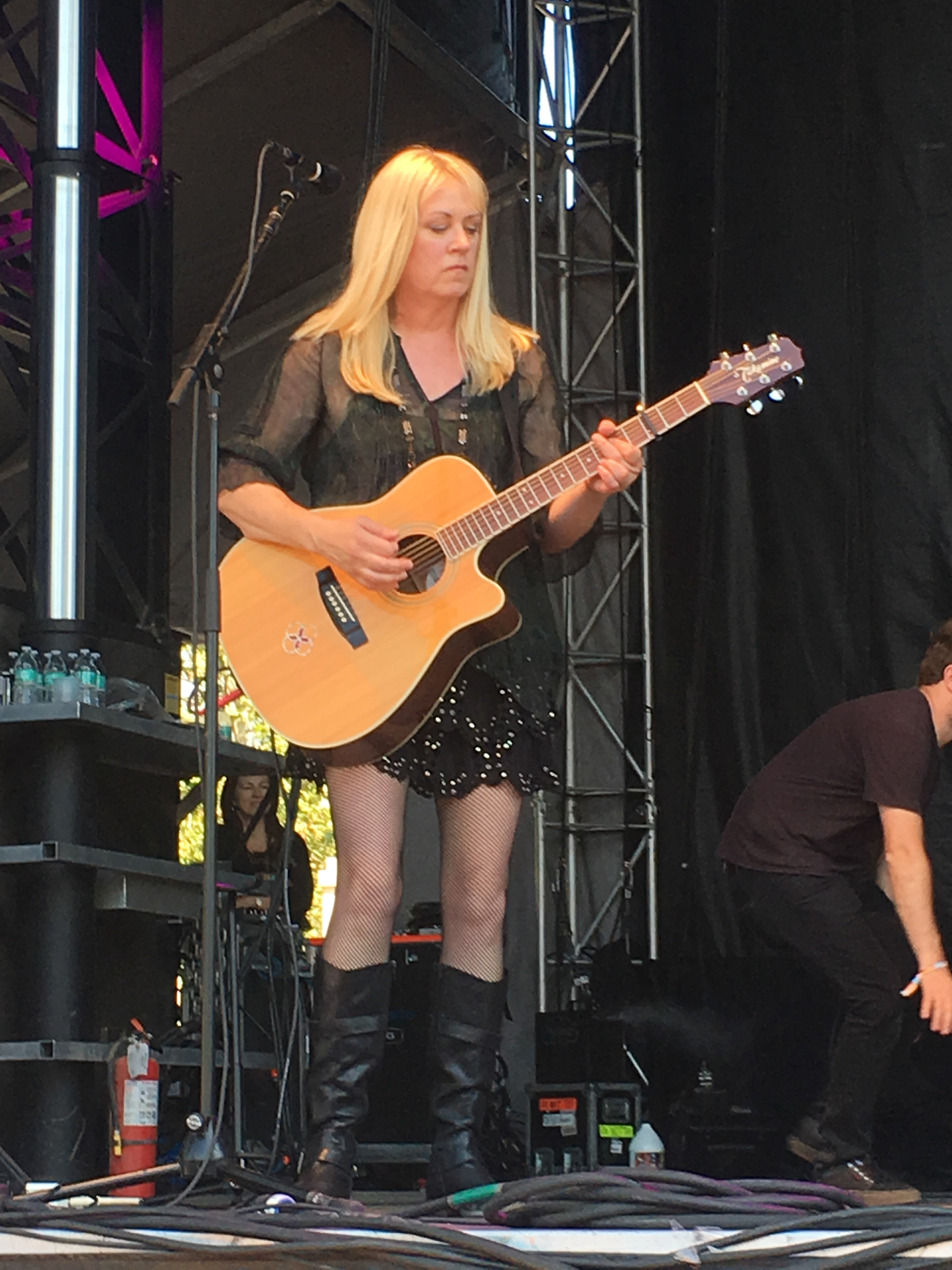 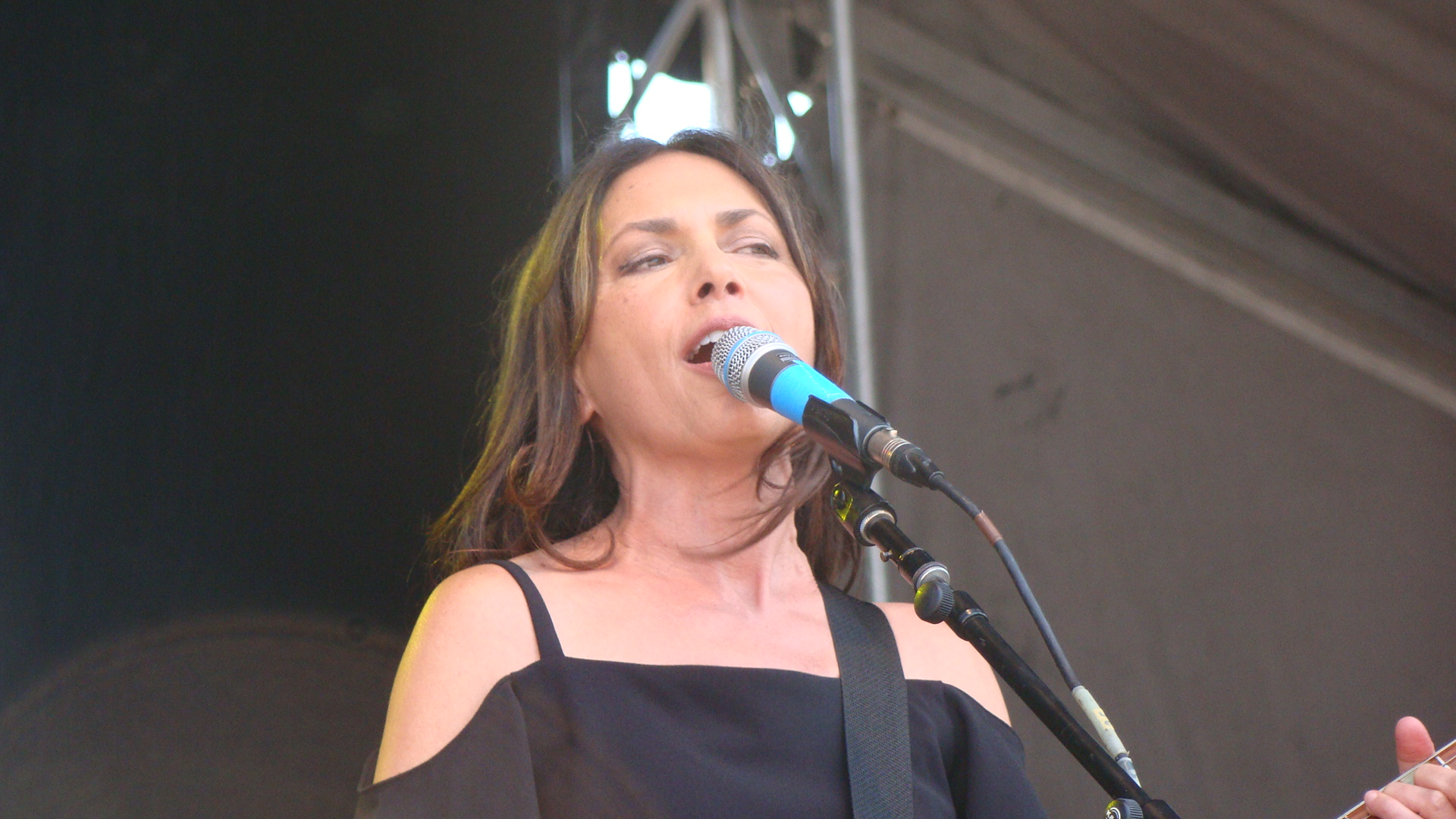 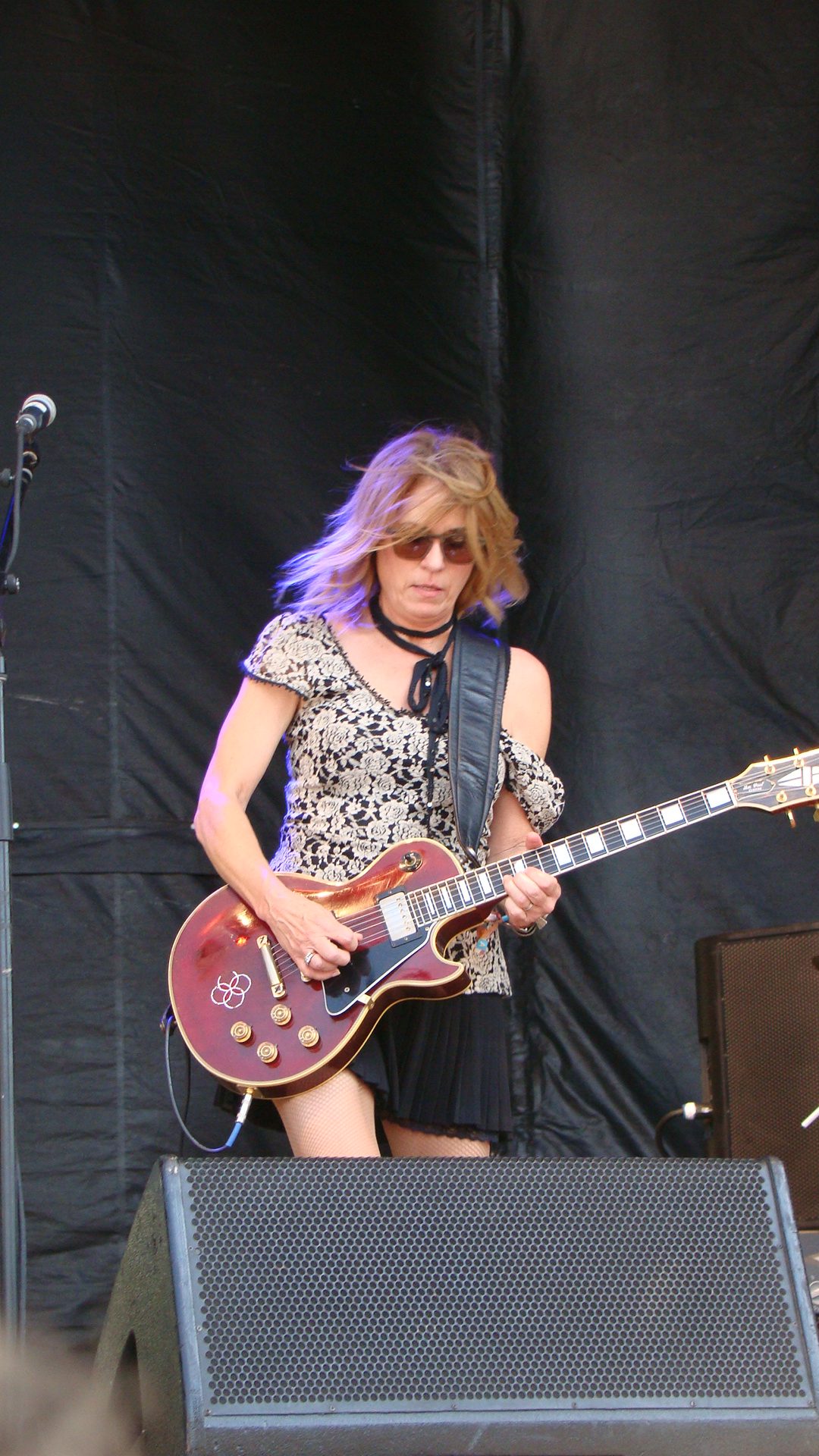 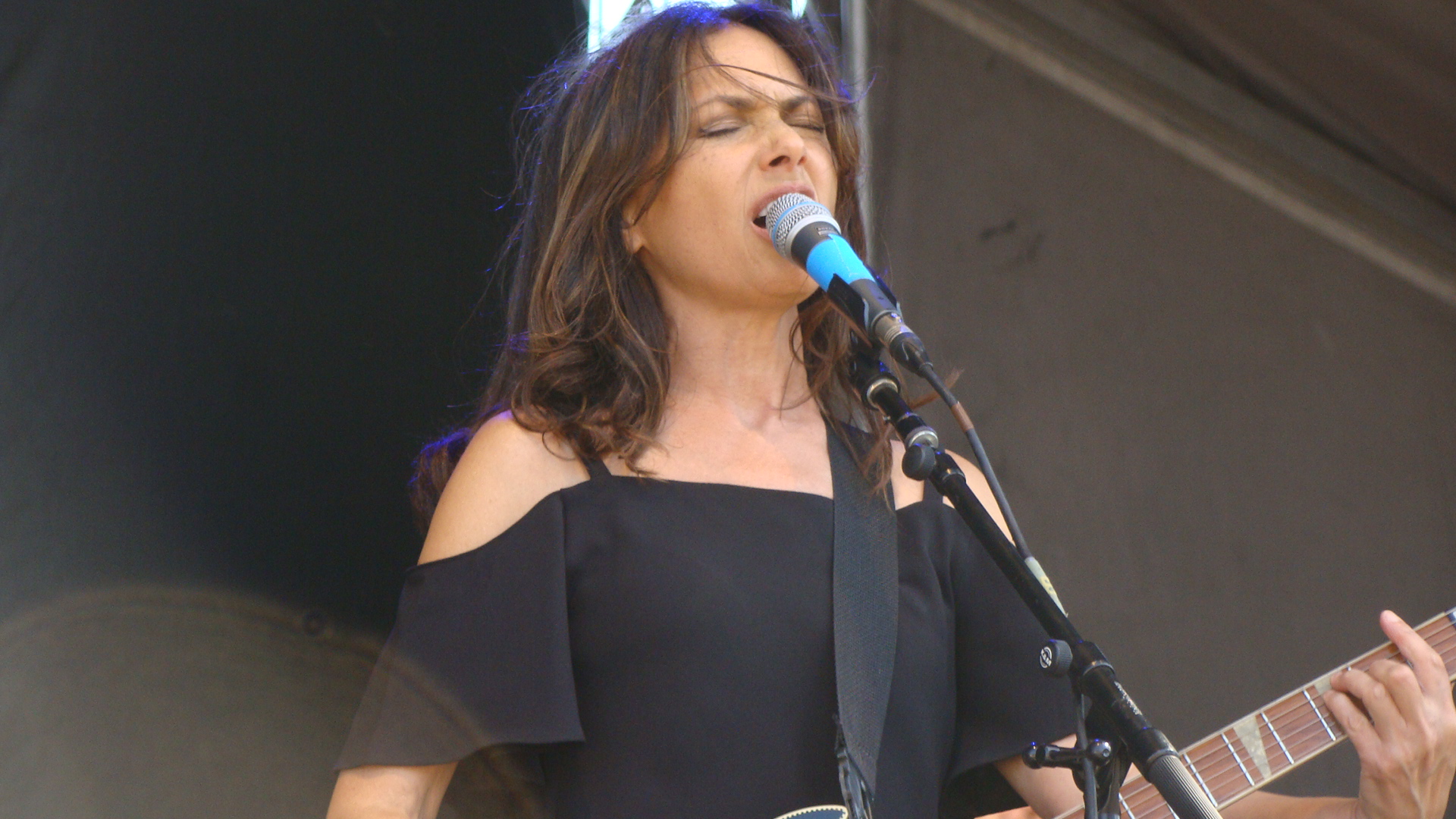 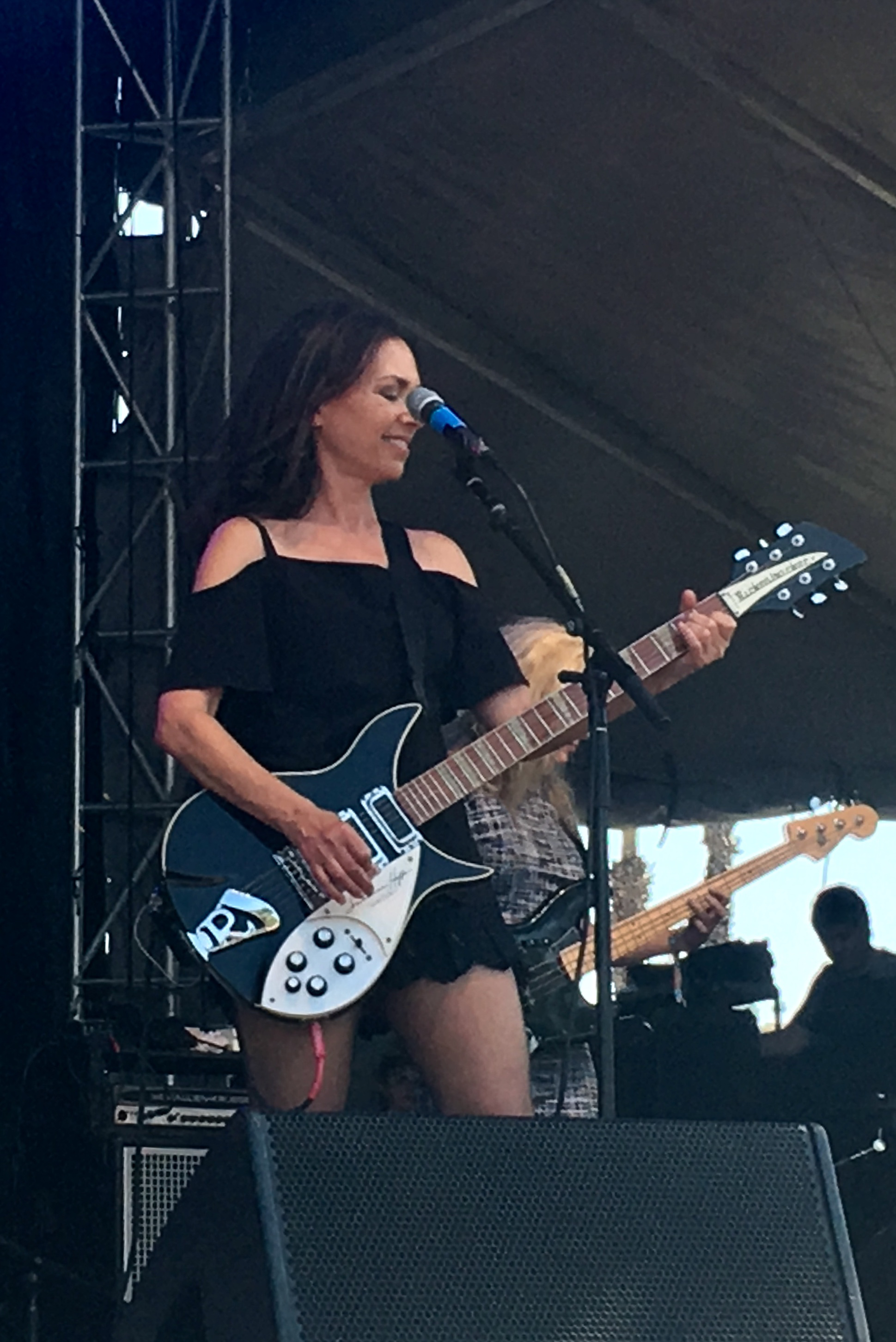 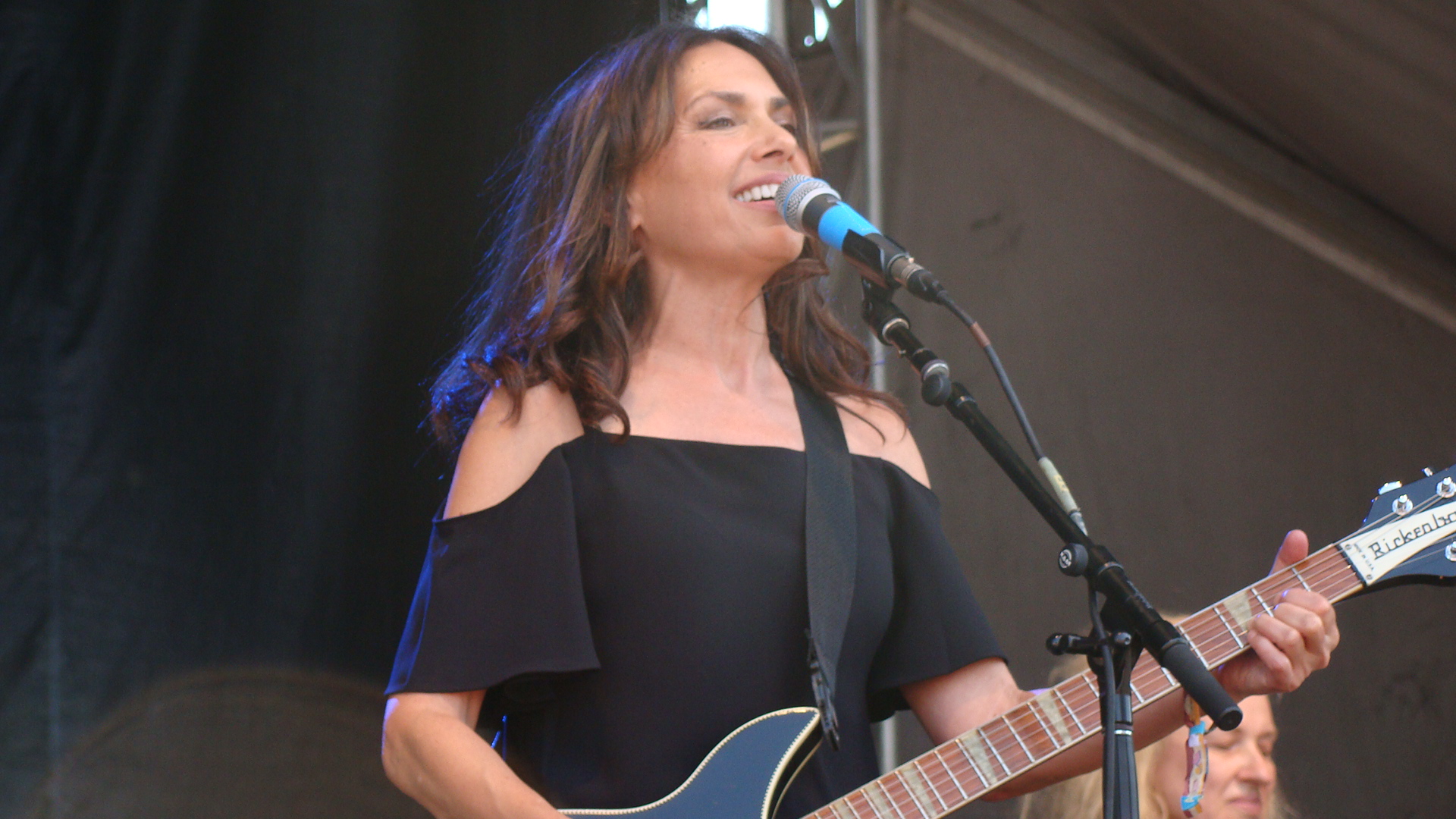 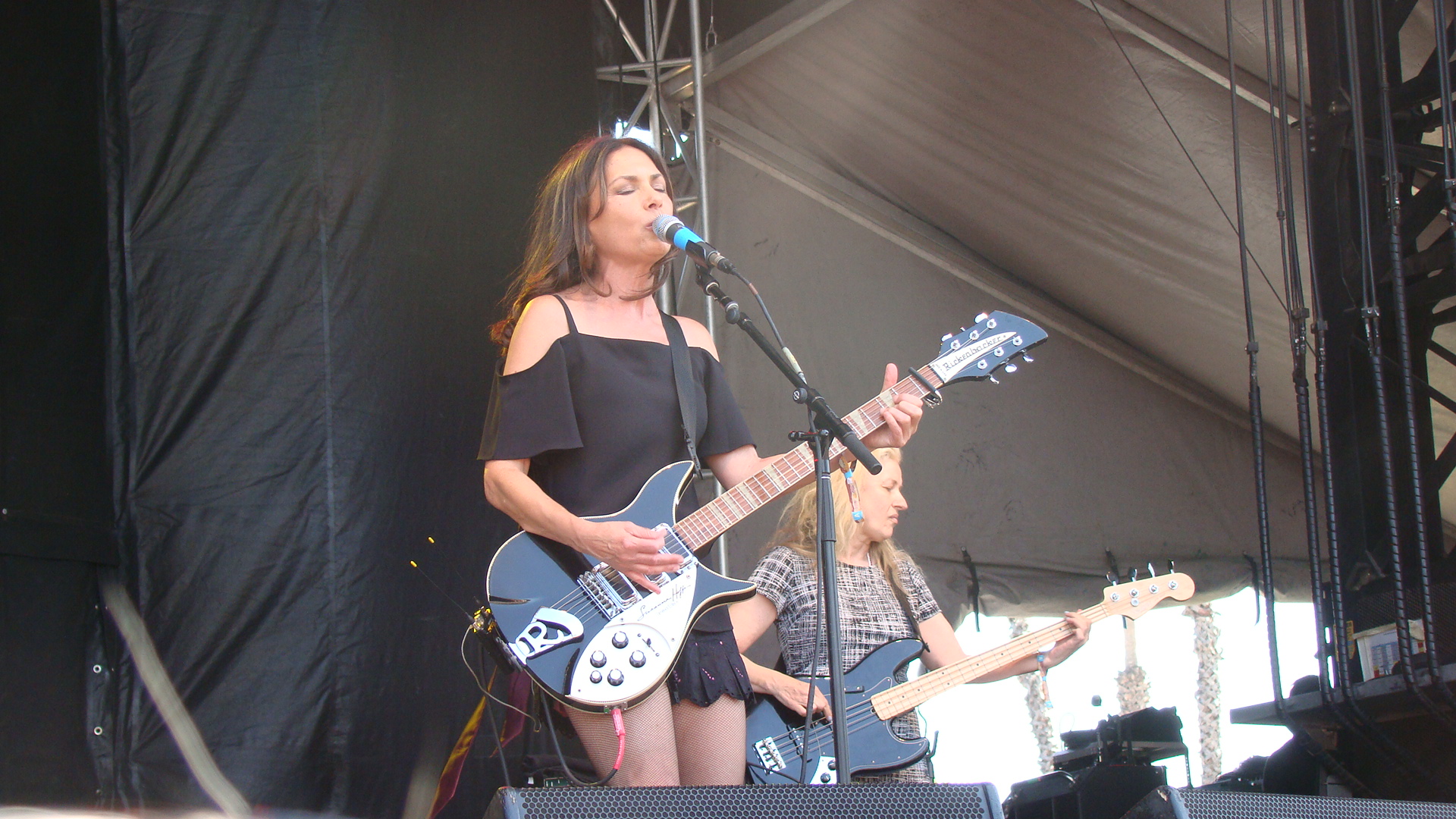 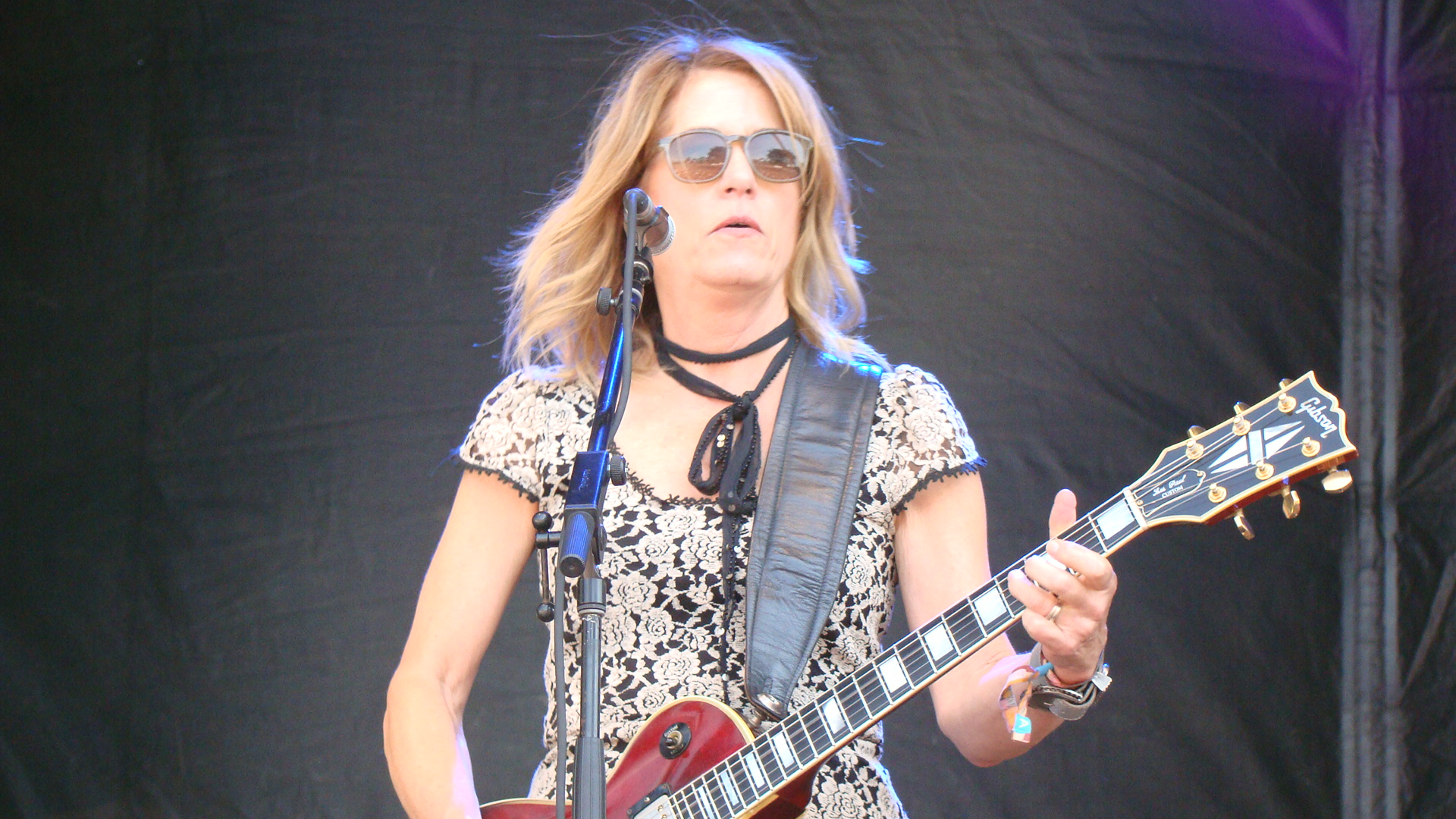 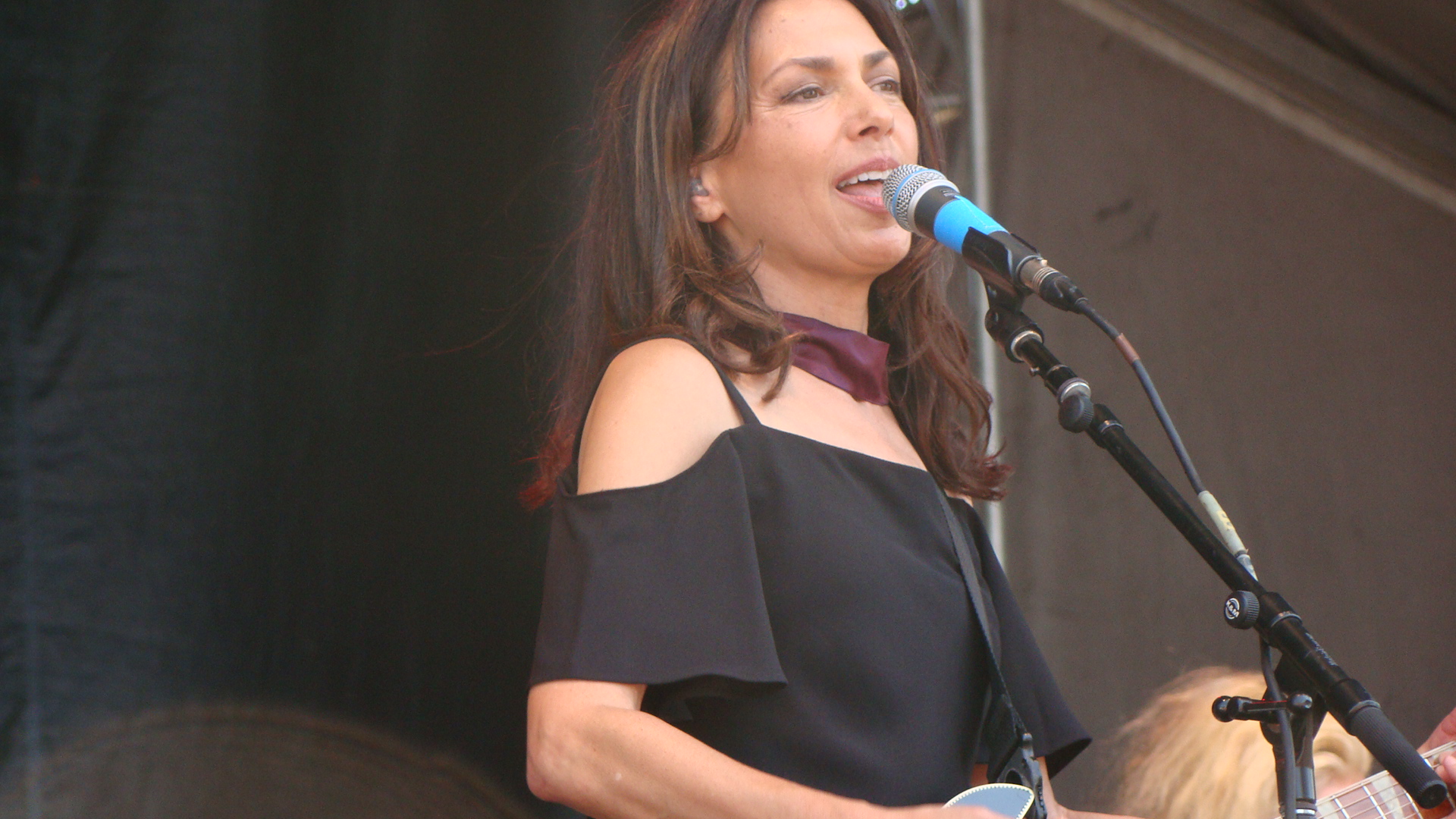 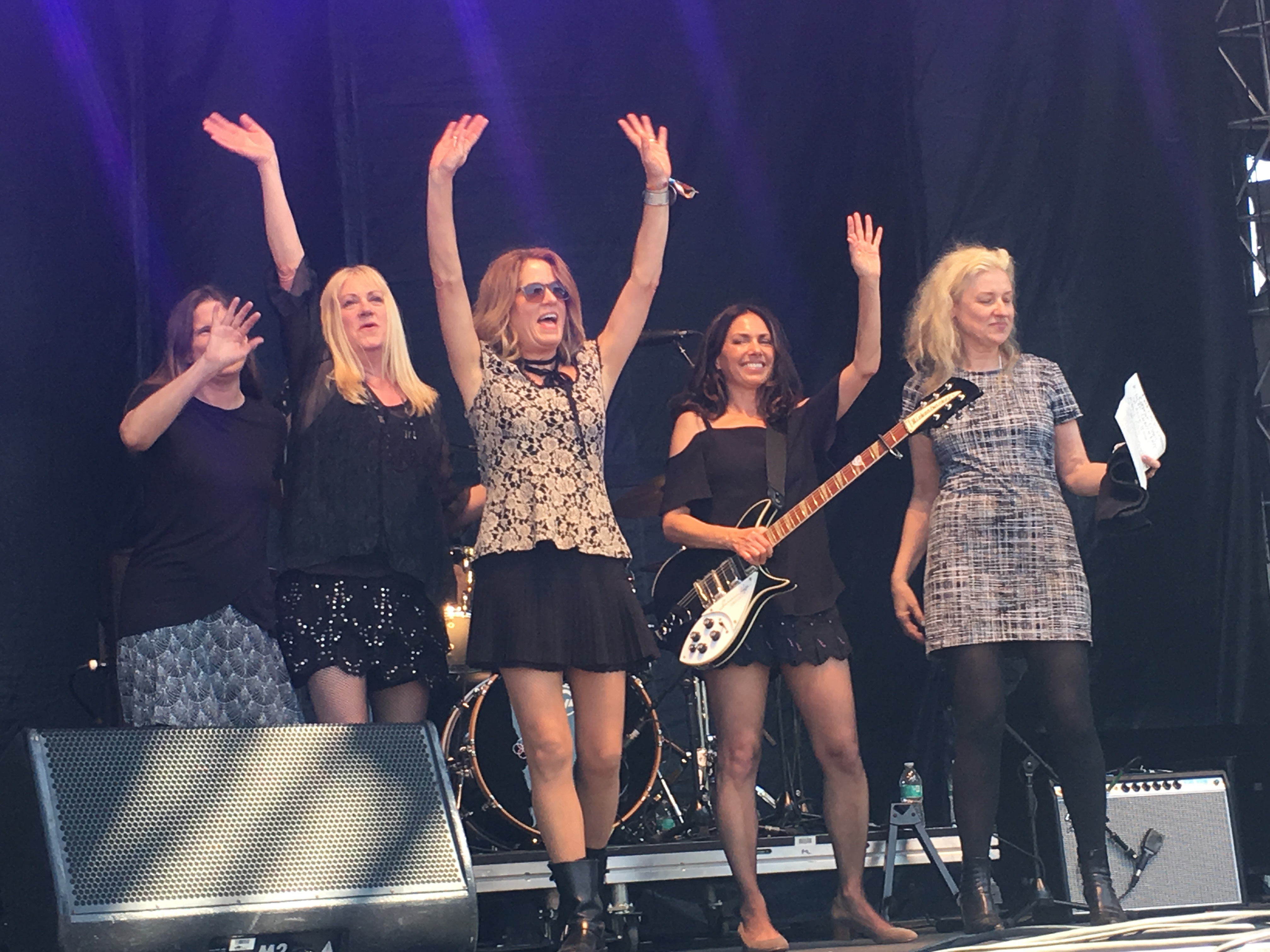