L.A. Guns at the Coach House

L.A. Guns at the Coach House

On Friday night, several of us from Rock in the OC ventured to the Coach House to catch L.A. Guns.

Jack Russell’s Great White had originally been scheduled to play that night, but he was forced to cancel (sounds like he might have been under the weather).  When we found out about the cancellation late on Wednesday, we were more than bummed – we had been looking forward to some rock all week.  Our disappointment was short lived however, as we heard on Thursday morning that L.A. Guns would be performing instead!  The Coach House was cool and offered refunds for anybody who wasn’t up for the lineup change.  That said, the house was PACKED so I doubt many folks took them up on their offer.

We’ve seen L.A. Guns perform live three times recently – at the Hair Nation Fest (09/2016), The Observatory (01/2017), and the House of Blues Anaheim (01/2018).  Each concert was great, with their live performances improving with each subsequent show.

So on Friday we got to the Coach House around 7pm.  We had dinner reservations (the only way to guarantee preferred seating).  We were lead to our seats and ended up in the first row stage left.  Knowing that Tracii normally plays on that side, we were stoked at our seats – we honestly couldn’t have had a better seat for this show.

The first opening band – Stepchild – came on at 8pm and played a five or six song set.  After that, Striker came on and performed a set of about 10 songs.  At that point, the crowd was warmed up and ready for some L.A. Guns.

For those who don’t follow L.A Guns closely, the current lineup consists of:

Johnny Monaco (previously of Enuff Z’Nuff) is a fairly recent addition as Michael Grant left the band back in March.

Around 10pm, L.A. Guns came out on stage and opened with The Devil Made Me Do It – a track off their new album The Missing Peace.  Tracii immediately started shredding and it was awesomely loud (even with the requisite ear plugs in place).  Phil had his customary hat, goggles and riding whip and belted out the lyrics while interacting with the crowd.

Over the course of the evening, the band ripped through an awesome set list (see photo below).  They covered all of the “classic” L.A. Guns songs you would expect, plus several newer tracks.  One of our favorites is The Flood’s the Fault of the Rain – which Phil described as having “a bit of a House of the Rising Sun” vibe.

At one point Phil joked that he hasn’t played the Coach House in a long time because last time he walked on the tables and knocked over somebody’s turkey dinner.  That didn’t stop him (or Johnny Monaco) from walking down the tables at various points during the evening.

After an hour and a half of non-stop rocking, the band closed with The Ballad of Jayne, Killing Machine (which caught Tracii a bit off guard when Phil announced it as it wasn’t on the original set list), and Rip and Tear.

Holy crap, what a concert.  If you haven’t seen L.A. Guns live recently GO CATCH A SHOW.  You can find a list of their official upcoming shows on their website, but be sure to follow them on Facebook or Twitter as they occasionally add some last minute shows (like this one).

Here are a few photos we took during the concert.  Follow us on Twitter for information on all things rock in Orange County.  Enjoy, and rock on. 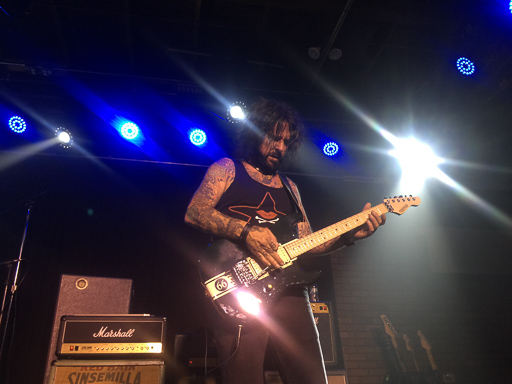 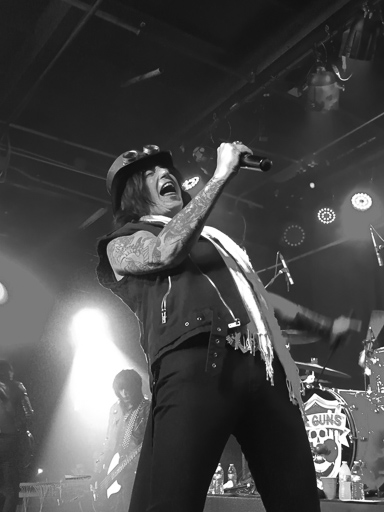 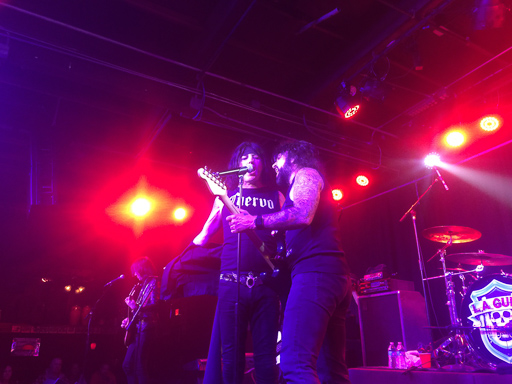 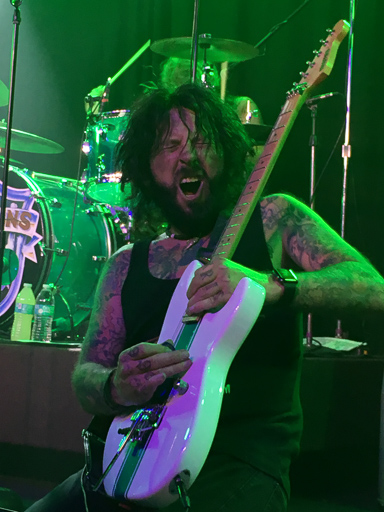 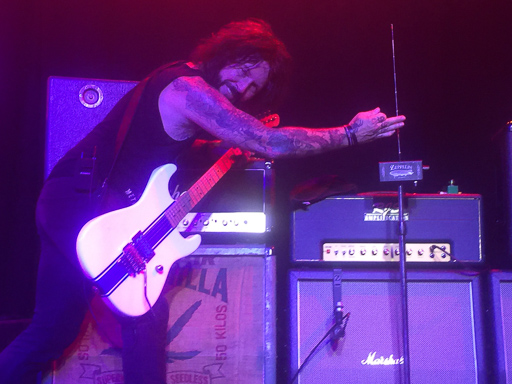 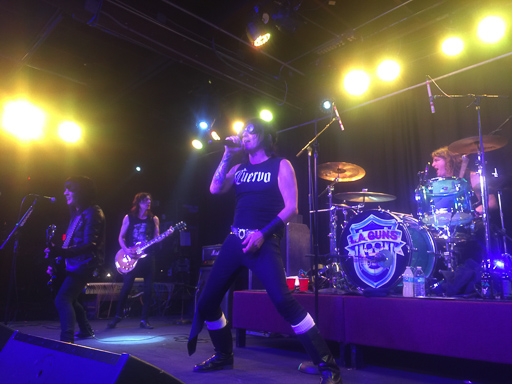 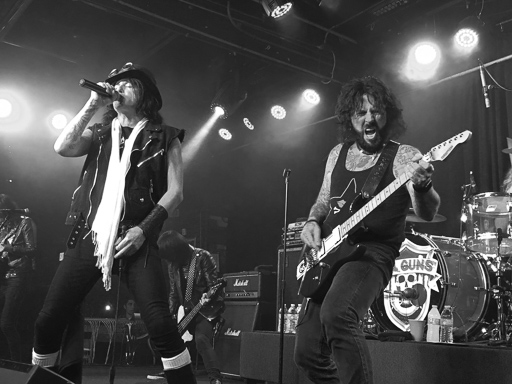 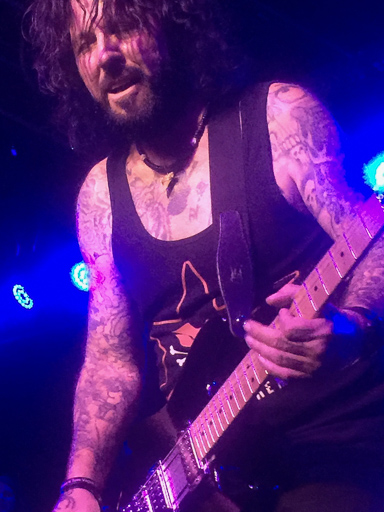 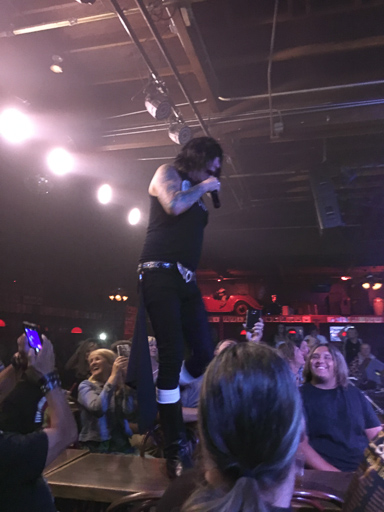 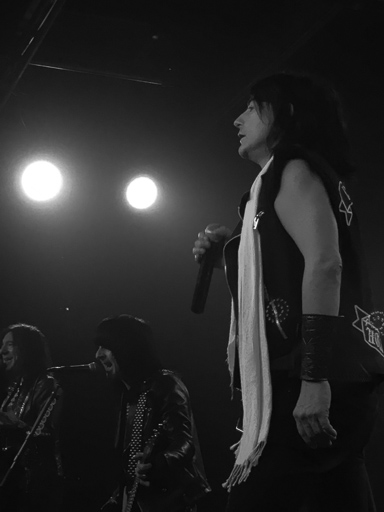 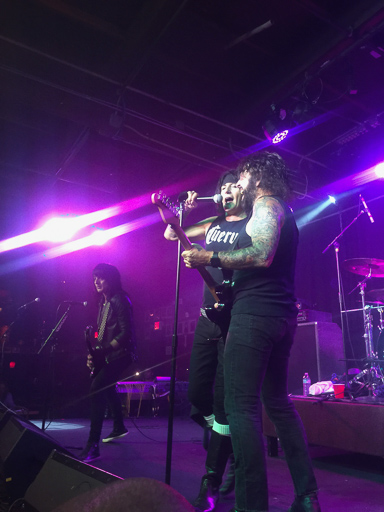 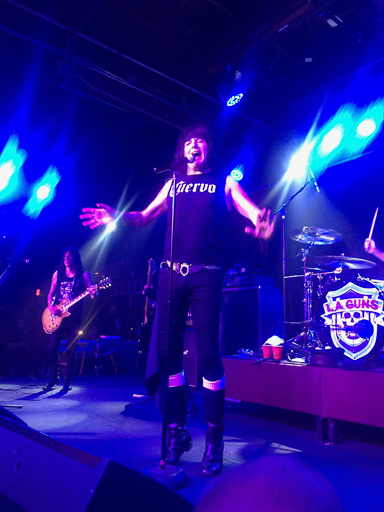 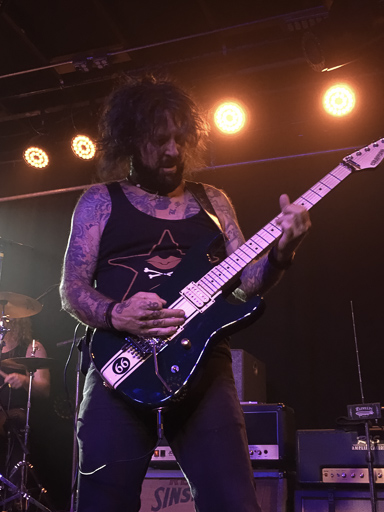 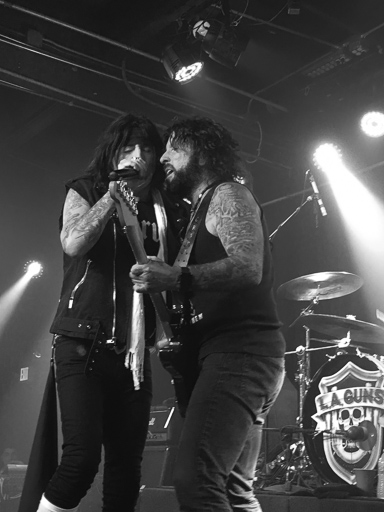 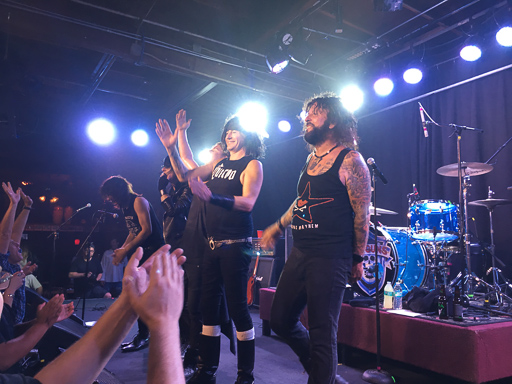 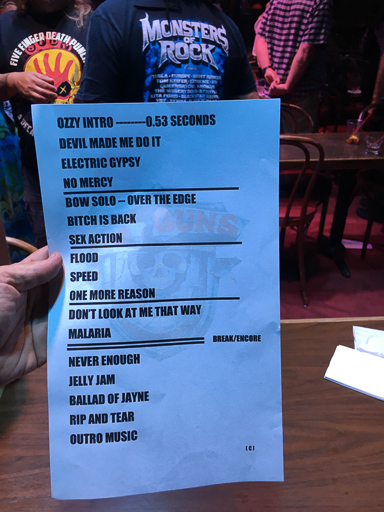